Imagine the ugliest thing you can even imagine. To have common image in head, lets start with aliens from "The Alien" movie: 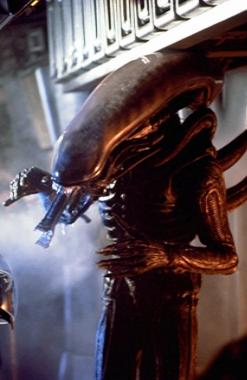 The ship full of these creatures is on the orbit. Right now.

But here is twist: They come in peace. They want to communicate. Cooperate. Form an alliance with Earth. Share technologies. Invite kids over. (You get the idea :) ). And take this as granted please. There is no plan B, there is no "kill them all". They really really really want to cooperate with us.

Their only drawback is, we consider them ugly. At first they communicate with everyone who wants to listen. In first stage, they communicate using mathemathics, later on (a year or so) we both learn common language easy to learn by both races.

But, will we be willing to trust them? Will humans be able to work over the look differences for sake of gain?

I think the key here is to keep face-to-face communication to a minimum. I'm sure we've all had the experience of talking to someone on the phone, thinking to ourselves, "man, this person must be beautiful", then being disappointed when we actually saw them for the first time. I would say that most humans tend to idealize things they can't directly see; thus, keeping the ugly aliens in a separate room will make us just as comfortable with them as we are with third-world countries.

This solution might even be easy to suggest without offending anyone. Since the aliens aren't terrestrial, they probably don't survive long in the conditions we're used to. They'll probably wear some sort of environment suits when they visit our planet, and when we meet in space they might prefer to have a deck to themselves, to fill with whatever gasses they breathe.

Over time, the public should get used to the idea of these aliens as their suited-up forms. Since they'll probably look fatter and move slower in these forms, they probably won't be nearly as repulsive.

I believe humanity will (mostly) be able to cooperate with the ugly aliens Things to keep in mind:

Here is how it would likely play out: The aliens are unable to communicate with us via technology, as our software can't open attachments with the .alien file extension. So they make a landing, and visit us in a city. Cities are full of people, there must be somebody that wants to communicate. Landing in their spaceship causes a commotion, and their identity as aliens is confirmed in the minds of the people. We bring in linguistic experts and mathematicians, under heavy protection, and begin communicating with the aliens. We are not sure if they will destroy us if we offend them, so we are extremely polite in our communications, despite their disgusting appearance.

We warn them that not all humans are friendly, and 'Alien Safe Zones' are set up where populations are educated about the aliens and the government over that area guarantees the safety of the aliens. Eventually, curiosity overcomes revulsion and the safe zones become hubs of information exchange. The aliens soon realize how hideous we perceive them to be; they are hurt, but their desire to collaborate is stronger than their pride and they start to wear 'clothing' to cover up their body parts that we find most unpleasant. Despite the aliens and our governments best efforts, some humans still want to remove the aliens from our planet by force. Fortunately, due to the aliens friendliness and the technological advances that they brought us, these humans are a minority. The aliens eventually learn about and greatly admire the human Martin Luther King Jr, and adopt his nonviolent methods to bring about change.

Over a few generations, we learn to live with each other and eventually visit them on their home world.

Not the answer you're looking for? Browse other questions tagged society aliens or ask your own question.

34
Is mathematics a truly universal language?
4
Externally Influencing a Language

9
How would aliens recognize communication coming from Earth as communication?
13
How to defend ourselves against unknown aliens?
9
How can one "under-average Joe" fight monsters?
18
How to reconcile a feudal system with a congressional/parliamentary democracy...?
31
What event would cause a huge, dominant nation to adopt the language of a smaller, inferior one?
10
How different can an alien be from us if it is possible for us to have sex and procreate?
8
Dragonslayers: Accounting For Draconic Culture