Saturnian Zeppelin Cities: can I use Aerographene coated with Titanium as the hull material to prevent getting crushed by atmospheric forces?

(After receiving countless suggestions from users like Sojourner, Wilik, and EngrStudent, I have come up with a solution to a cloud city on Saturn.)

So, I ran a few calculations on Air Density Calculator, and found out that it is possible to use thin air (Yes, nitrogen-oxygen "air") as a lifting gas on Saturn. The lift gas used is "Earth Air" at 0.01 bars. As the density of this air is lower than that of the hydrogen atmosphere surrounding it (0.017631kg/m³ vs 0.08375kg/m³), the city gets lifted to a suitable altitude. The story goes as follows:

In the late 2030s-2040s, humans found out that Saturn has closer gravity to Earth, closer than even Venus (Venus's gravity is 10% lower than Earth, whereas Saturn's is just 6% greater). So they send manned missions to Saturn to colonize it. They build zeppelin cities using the calculations given above. They set up fusion reactors for energy, and make algae panels for oxygen, and setting up stables for the imported livestock for food and pets, exhausting the water-supply given to them on board. One problem arises however- Pressure

Would it be possible to use Aerographene, coated with Titanium as the hull material, so as to prevent getting crushed by atmospheric forces

-Livestock consists of sheep, cattle and goats with a few pets.

-Pets are mainly cats and dogs, though you may add fish and even exotic pets if you want to. 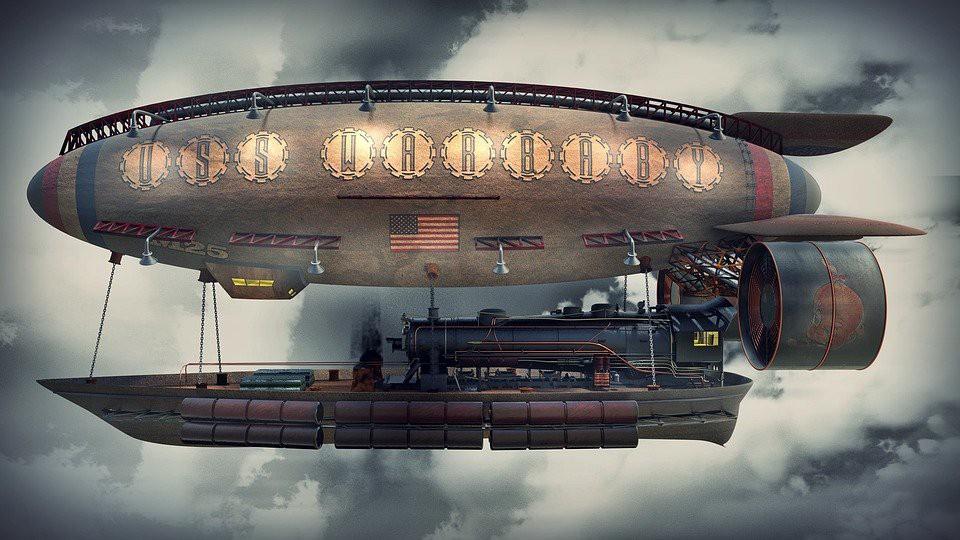 More clarifications: NO, the pressure inside the colony isn't at 0.01 atm. This would kill all living beings. What I meant, is the Balloon like structure that is supporting the colony has the air pressure of 0.01 bars.

For Saturn, a balloon full of reasonably pure hydrogen at ambient pressure, heated by your fusion reactors to reduce its density, is a much better way to get buoyancy. It is analogous to a hot-air balloon in Earth's atmosphere. Saturn's atmosphere has almost no free oxygen, so there's no risk of fire.

This approach does not require maintaining a huge volume at lower-than-ambient pressure, which is hard-to-impossible to do with low enough mass to allow floating in an atmosphere. That is the Vacuum airship problem, which seems to be intractable within Earth's atmosphere. Even if it can be solved, a failure of pressure-resisting structure is likely to be catastrophic, sending the city plummeting. Leaks in a balloon at ambient pressure, in comparison, happen fairly gently and repairs are simple: glue a patch over the leak.

Also, your "Earth atmosphere at 0.01 bar" is a difficult lifting gas to get on Saturn, whereas hydrogen is readily available.

The biggest issue with floating cities is that there always needs to be be some kind of lighter-than-atmosphere gas needed to keep it afloat. However, there's always one aspect that is overlooked: Jet Propulsion(especially at both ends)

If you consider that we got off the ground not be using gases, but by using the force generated when they are expelled, then it also seems quite likely and sensible to use the same technology for Saturn. All you would need to do is to just put fusion burners on both ends of the city, one pointing up, and one pointing down.

Since Saturn is 96.3% hydrogen, fuel would be abundant, and you would just get it by using vacuums on the sides of the city to suck in the ambient atmosphere.

This type of floating propulsion is called a fusion candle(because it is burned at both ends, ha ha).

(I am assuming that your world has developed fusion technology or is on track towards building one in the near future.)

8
The effect of a 6 megatonne space ship crashing in to a planet
45
Can Cloud Nine be built?
4
How does composition change if you extend an Earthlike atmosphere 50km below sea level?
10
How could a breathable ultra-high pressure atmosphere form?
8
How would air-nomads catch food in the sky?
5
Saturnian Cloud Cities Pt. 1- Cloud City
6
Should we use Saturn as a future base for colonization?
0
Saturnian Cloud Cities Pt. 5- Shielding of Cloud-Cities from Saturnian Weather