Could vacuum armour protect vehicles and people from explosions? [closed]

Ask Question
Asked 1 month ago
Modified 1 month ago
Viewed 834 times
3
$\begingroup$
Closed. This question is off-topic. It is not currently accepting answers.

If you have a <1mm thick layer of vacuum inside an armour plate, be it for vehicles or body armour, wouldn't it stop explosive shockwaves from penetrating through the armour? This is, of course, presuming the explosion is not powerful enough to crumple the plate and either force it to make contact with the back plate, or simply rupture it and ruin the vacuum.

Flexure Strength of 2mm of mild steel: 381,870,000N/m^2. According to one answer, that is almost four thousand times the force of 1 atmosphere of pressure, and over twice the force of 1kg of TnT at 1m distance. Unless there's some weird mistake with that source, I don't understand why people are insisting, without calculations or sources, that vacuum is impossible to contain without a huge amount of steel, when glass jars can do it.

I have added the hard science tag, in the hopes someone will actually demonstrate whether several mm of steel can't withstand a vacuum, despite glass jars being able to.

However, please note I never limited the material containing the vacuum to steel... I just mentioned it as an example.

Back to the Question

I was thinking of arming soldiers with this sort of vacuum plate, due to the prevalence of explosive-based weapons in the setting.

Notably, shockwaves can still travel through the joints of the armour, since you can't have it totally free floating: 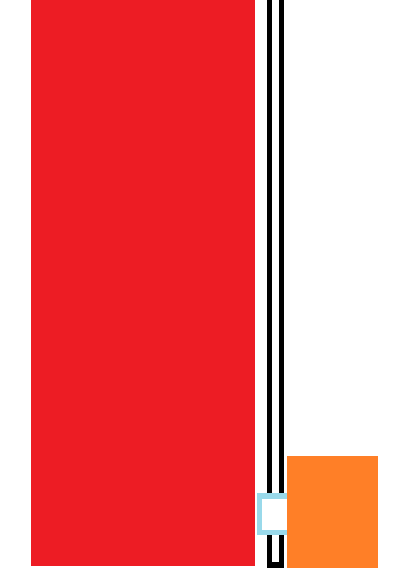 However, that should reduce the effectiveness of the explosion, if it is forced to go through narrow chokepoints? You can also focus padding on these areas to dissipate it.

The joint areas might be at the shoulders and hips, arm and leg joints, protecting the lungs, heart, and other organs from direct shockwaves. Helmet a bit like an astronaut or deep sea diver, with a vacuum gap between the visor's glass panels. Neck will have to make do with a vacuum gorget and plenty of padding, unless you want to make it rigid like with tournament armour.

So, would this work? I don't mind some magic to make it work, but I'm interested to know why this hasn't been tried.

I am going to bring up some considerations that I have seen lacking or poorly explained so far. The long and short of this is that this armor is impractical in addition to not being viable.

We can rule this out for infantry armor simply because soldiers generally want (and must) interact with their environment. Unless they are fully encased in armor, the blast will still affect some part of their body. That some part is likely their eyes, ears, or hands!

Sound infamously doesn't travel through vacuum, so you would be asking soldiers to give up a valuable sense in favor of blast protection. While various armors in history have dampened soldiers sense of sound, this also brought up issues with the ability to hear orders, detect enemies, and detect battlefield conditions. This armor is simply a no-go from a sensory perspective, even if it did work otherwise.

In theory, if a individual had armor like this encapsulating their whole body, they could have sounds "piped in" from the outside, but this seems impractical for arming every foot soldier. Now, if this were a sci-fi world and every soldier needs a space suit, the environment may act to deaden or defeats blasts anyways.

We are going to detour into two subjects here: adding forces (and stresses) as well as force concentration.

This armor, by virtue of the cavity on the inside, already has forces conspiring to make it collapse. Projectiles and blasts from the outside would team up with these forces, making the armor more easily overcome than if it were filled with air. For an easily accessible analogue, consider the humble soda can. When empty, it is easy to crush and dent. When full, it resists denting and crushing significantly more. This armor is much like an empty soda can.

Let's talk concentrating forces! It is impractical (and likely impossible) to have armor floating within armor. Supports and joints are needed. These supports and joints will act as force concentrators. When the blast hits the out plate, assuming it is rigid enough, that force will be transmitted to the supports. The force which was once covering a large area is now in a smaller one! This is a recipe for making little holes in the backside where the supports were.

Both of these principles are acting against making this viable for vehicles and infantry. Yes, a vacuum would prevent a blast from propagating (which is why we cannot hear the sun while on earth...). But the force concentration and the influence of atmosphere means this armor is less effective than simply two plates with an internal 1 mm gap.

What Makes It Better?

Aerogel or foam in the cavity would help in two ways. Firstly, it can help resist the atmosphere's pressure by transmitting some forces. Secondly, the various aerogel/foam/air interfaces would act to disperse the blast wave. This is more manipulating the speed of the blast wave in different materials (and reflection/refraction) to spread the blast over an longer time. Thirdly, these could act to help disperse shrapnel (assuming the interior material is strong enough). One sees something like this in debris shielding for spacecraft.

So, would this work? [...] I'm interested to know why this hasn't been tried.

Making vacuum in an environment with largely uneven dimension is difficult, and your case looks exactly like this situation: 1 mm thick and spread all around a larger object.

That apart, I don't think one wants to fully reflect back the pulse produced by the explosion, because that itself would give a big jolt. One wants to dampen and disperse the pulse in such a way that it is degraded to thermal noise without producing damage. That's better achieved with other medium than vacuum.

With frequent supports, the armor would funnel the blast pressure through the pads. This would not be good because, even not concentrated, the blast pressure can do significant damage, so when confined to the supports and the padding beneath them, it is likely that the explosion would do even more damage.

With infrequent padding, the armor would bend so that the layers that contain the vacuum touch, and more or less the same pressure would be exerted on the skin and body that way (the bending of the armor might do something to protect the soldier, but that would cause an increase to the pressure on the pads, causing the pressure to be higher on them).

Air has mass. The tens of kilometres of air above us pressing down creates, by definition, an average pressure of 1 atmosphere at sea level. You don't notice this pressure pushing down on you because almost everything you interact with is at the same pressure, but 1 atmosphere is 101,325 N/m^2. Put another way, a 1 square metre section of armour with a vacuum layer in the middle has over 10 metric tons of weight pressing on it - unless it is ridiculously thick armour - too thick to wear - it is going to flex by 1 mm easily.

The practical upshot is that the vacuum gap will disappear just by the armour existing. It gets even worse if an explosion does occur, since the overpressure caused by an explosion is significantly more than atmospheric pressure. A single kilogram of dynamite can cause overpressure of 1200 kPa (1,200,000 N/m^2) at 1 metre and 280 kPa (280,000 N/m^2) at 2 m. Even if the armour could sustain a 1 mm vacuum gap under normal circumstances - which it couldn't - it would have even less chance of sustaining the gap under the very conditions where it is critical that it works.

The other problem is that even if a literally magic ability is used to maintain the vacuum gap, "nature abhors a vacuum". In order for there to be a vacuum within each section of armour, each individual section must be sealed, which means that there are bits of material joining the outer and inner plates. This material around the outside of each plate becomes a weakness, as all the energy will be transmitted through it.

Finally, overpressure from explosions comes in second place vs shrapnel on the kill boards. Soldiers will want their armour to be as strong as possible to resist incoming shrapnel, not stressed-to-breaking-point by trying to maintain an internal vacuum. (This is also why it's a bad idea to use magic to create a vacuum around all your soldiers and put them in spacesuits - shrapnel is really bad news in vacuum.) The whole principle around some grenades with pre-fragmented casings that create really small individual pieces of shrapnel - such as the Australian F1 - is that they have a very constrained deadly radius and are relatively "safe" to soldiers once the shrapnel has travelled even 20 metres or so.

A thin vacuum layer would not be possible.

Your idea for a small inside layer of low pressure (vacuum) would be akin to a submarine. Submarines are built to withstand enormous water pressure from the outside while still keeping a normal livable pressure inside. The way a submarine is structurally build means it won't instant collapse when there is a very small hole, but it will dent in and be destroyed if a hole is big enough.

submarines can withstand the pressure difference by their bulky and rigid design. As said by others: just to make the idea work of a vacuum layer you would have to make something strong, bulky and rigid. This makes it unviable for infantry. One wrong move of a suit could compromise the structural integrity leading to an instant failure of the intended purpose of such a vacuum layer.

The closest you could come in my opinion with a different absorbing layer would be water. But that also has many downsides (leakages for example).

8
How would medieval combat differ if its arms and armour were refashioned today?
8
Can a planet's axial tilt be changed by carefully planned and set high-energy explosions?
10
Would it be possible to create a flexible and useful armour with woven metal wires?
16
If people had hollow bones to enable flight how would you design armour to protect them?
10
Natural Armour and Weapons
45
How would armour (and combat) change if the fighter didn't need to actually wear it?
3
Composite armor plates: stainless steel mesh embedded in poly resin