How would you make an alien bomb to level a city?

The explosion and associated delivery system described in this question about government coverups has some really weird characteristics that don't seem to match any known conventional or nuclear explosions on earth.

The bomb and explosion characteristics are repeated below:

Note this is a science-based question so equations, journal entries or official sources are appreciated but not mandatory. Consider this question as a forensic analysis of the attack so all explosion characteristics must be accounted for.

Since the fragments are a uniform size they should come from a part of the bomb/vessel that has a uniform thickness and strength, probably the casing/hull itself.

So what happened to the other parts of the vessel/bomb? If a vessel then what happened to the engines? In practically all terrestrial engines, they are the strongest parts of any vessel because they have to withstand the most concentrated energies. In every picture of an airline crash I've ever seen, the engines are either recognizable or virtually intact. They don't break easily. So either this delivery mechanism had no engines (entirely possible in the case of a bomb) or the engines were vaporized on detonation...possible but this precludes chemical explosives. 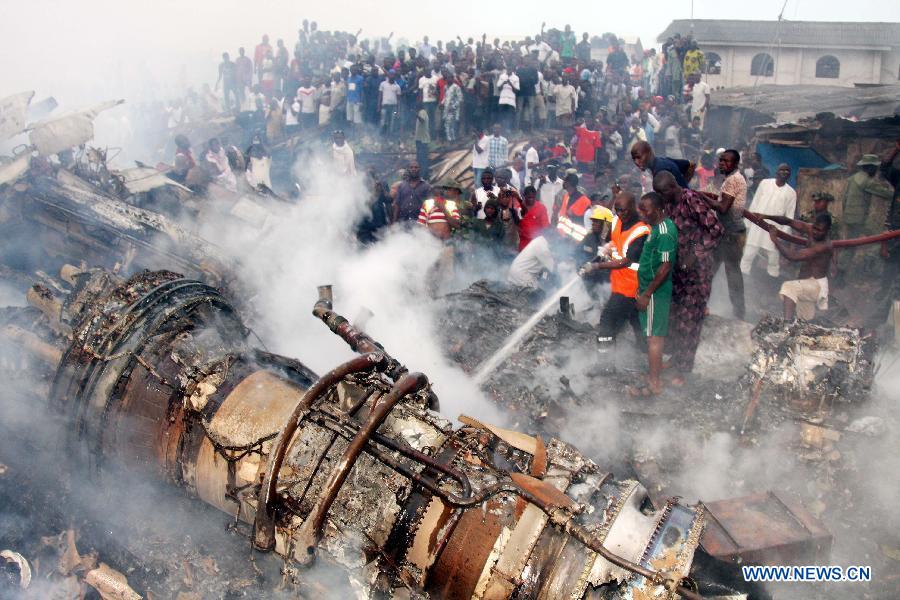 Perhaps there were two explosions? A smaller chemical explosion that blew off the casing then an aneutroic fusion or antimatter reaction that vaporized the engines.

If manned then engines must be present because a crew will want to escape/move thus requiring engines.

If bomb and manned then weird aliens and we are in big trouble because death doesn't mean anything to them. Kamikaze!

If smokeless reentry then intentional positioning or special hull. An uncontrolled descent through the atmosphere will most likely result in smoke.

If chemical then fragments is easy but no ghosting.

If antimatter then ghosting is easy but no fragments.

If aneutroic fusion then ghosting is easy but no fragments.

What about the first explosion?

If the explosion was small enough and high enough, it's possible that no one outside the blast radius of the later, larger explosion survived to tell about it.

Then it's unusual to have a two stage weapon with a long enough delay between first burst and main burst for casing fragments to clear the vaporization zone. Fuel air weapons and cluster bombs have this kind of delay but they are also not powerful enough to vaporize the casing but they do have two stage attacks. Spreading fragments when equipping a nuke doesn't make sense unless the fragments were intentionally seeded in which case further investigation into the fragments is required.

Also, if a bomb, why Philly? There are plenty of more important places to destroy first. Any alien who's even halfway paying attention will know that Philly isn't a major transit hub or seat of political power. If this is an intentional attack then we should look for more attacks.

This was an accident, not a deliberate attack. Baring any additional evidence from the site or contact from the aliens, evidence points to this incident as an accident.

This happened before, over the forests of Tunguska. It wasn't a 30kT bomb, but rather an asteroid that impacted with 10,000 kT of force. No radiation required.

That meets every need except the human shadows, which require an intensely high level of light energy. However, if all you need is a few human shadows, you might be able to get them from shockwave related behaviors if the humans were close to the wall.

Since this is "an alien bomb", I do not have real science to design all of it.

Several human shadows printed on walls and ground at the crash site.

This has to be a high level of light or radiation. Because of other requirements below, this is the main "alien" part of the question.

The bomb breaks apart with pieces as big a mobile phone littered everywhere. The spread of these fragments is unknown. No other fragments were recovered.

This would be the "critical mass" size for whatever material they are using.

So it is an intense light and converts to heat, no radiation involved. An uber flashbang.

Bomb delivered from orbit without any kind of smoke or re-entry trail.

Will need a slowing system to reduce the atmospheric friction that causes the heat and re-entry trail. A relative buoyancy vehicle? Perhaps it spins like maple tree seeds and that also encourages the dispersion of the pieces. Spinning would make it much harder to aim, as it would be affected by air currents. The vehicle would then have to break up at optimal height for dispersion of packages.

This is the other half of the "alien" part. You need a really intense light (then converts to heat) that has low physical yield. I am forgetting the term for the pushing forces caused by the expansion of the explosive. Maybe it is "boom". This alien bomb has a disproportionate flash to its "boom". Watching Mythbusters, I have learned that slow-burn explosives have more "push" than fast-burn explosives, so they are better are moving dirt and rock and concrete. This alien bomb is neither.

This alien bomb is a light weapon, almost like a pellet based death ray. The intense light would then turn to heat on contact with surfaces, causing the shadows, vaporizing things, maybe even melting some of the buildings in ways that make them collapse. Because of the alien composition, this is done without radiation. The massive amount of heat would naturally create the air currents that form mushroom clouds; unavoidable.

Relevant to the question about government coverups, all eye witnesses would be blinded.

Because this method makes an omnidirectional death ray, the ship in orbit would not be able to watch detonation; it would damage optical sensors. Rolling the ship to have the re-entry heat shields facing the target would be safety protocol, but not necessary at that distance. The same pellets could be individually loaded at the focal point of a parabolic mirror to make a directed death ray, for ship-to-ship combat.

At least, that is how I would make it.

P.S. Having this near perfect mass-to-light-energy conversion also aided in their development of space technology.

The question and restrictions are poorly specified. if I were an alien, and wanted to have a super weapon destroy a city, I would build a phase shifted containment device that contains equal amounts of protons and anti protons held out of phase with each other, simply turning off the phase shift control mechanism would cause detonation and account for all aspects of the specifications with the exception of the debris, however, given the amount of energy required to create the shadows on the walls effect, that particular specification is unrealistic.

This entire question is a variation of the "Alien ship crashing" question.

Think MOAB (https://en.wikipedia.org/wiki/GBU-43/B_MOAB) repackaged into cluster bomblets so it spreads out over a wider area to make it a more efficient destroyer. The problem with MOAB (and nuclear weapons) is that they focus too much destructive power in one spot. Energy dissipates with the square of the distance from the epicenter of the explosion, so unless they are targeting hardened bunkers, this scale of explosion is inefficient. For example, the Hiroshima bomb did less actual damage than an equal tonnage of conventional explosives would have, at a higher cost.

However, the principle behind the MOAB is scalable to a city, within the parameters of the question, without resorting to "black box" technology. In fact, the "cell phone sized fragments" are part of the technical solution to scaling the device to flatten a city.

The Cell phone size fragments scatter over the breadth of the city, emitting their fuel aerosol in the last 10 feet or so of altitude, forming a layer of fuel-air mix that is ready to ignite with the smallest spark. The slightly slower fuse (needs be nothing more than a chunk of rock hitting at orbital velocity) arrives a fraction of a second later when the fuel air mix is at its optimum levels, and strikes a spark. KABOOM!!! The aerosolized fuel spanning the entire city to approximately 10 feet of depth lights up all at once. Sit back and watch the light show, preferably from a galaxy far far away.

Not the answer you're looking for? Browse other questions tagged science-based technology aliens weapons explosions .

77
How does the government cover up alien crash landings?

10
(How) Can I make directional nuclear blast?
10
How horribly would this alien die in earthly conditions?
74
How do I make an alien technology feel alien?
1
How to construct a loud sonic bomb?
23
How long would it take to nuke an alien spaceship in orbit?
3
How destructive would a antimatter bomb be?
15
If you were wearing a bomb suit, would it be safe to set off a Claymore mine strapped to your chest?