Stationary eye with moving pupil, is it possible?

I am making a sci-fi web-comic set on an alien world and I thought up an idea for an eye that works much like an eye from a mammal, but instead of moving the whole eye, only the pupil moves. This idea sprouted from the eyes of mantis, though their moving pupil is possible because of their compound eyes, I would like to know if my idea could be physically possible in a structural sense.

My first thought is of the "windsock" eye design of the anterior median eyes of a spider.

As the lens is attached to the carapace, the eye's scanning movements are restricted to its retina through a complicated pattern of translations and rotations. This dynamic adjustment is a means of compensation for the narrowness of the static field of vision. It is analogous to the way most primates move their eyes to focus images of interest onto the fovea centralis. Such movements within the jumping spider's eyes are visible from outside when the attention of the spider is directed to various targets.

This is actually the opposite of what you ask, but the same thing: the eye does not rotate as a whole object. If the pupil moved and the retina stayed fixed, how would that look any different from moving the whole thing?

There are good reasons why the eye would not be a moving ball like ours. For example, birds have better resolution and for larger imaging area and stability of same has a flat back (not round; more like a camera film plane) and fixed to bone so it stays stable. An animal might evolve a way to pivot the primary lens, like a view camea’s front board, which has the added benefit of doing what a view camera can do with perspective and focusing on planes like a cliff face, all in focus at the same time. Landscape photographers use a tilting lens to allow more of the ground (at different distances) to be in focus — shouldn’t that be useful to an animal watching for dangers or dinner, just as well? 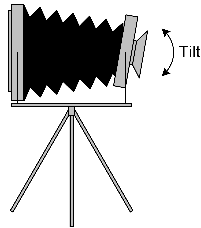 Now this is what you describe exactly. Look at why cameras do that, and design evolutionary pressures to exploit these same advantages. The independent motion of the lens and sensor plane gives abilities that are not present through moving the camera as a rigid unit. So, it may be selected for even if the lack of swiveling of the eye can be dealt with in a different way or the non-round rigid back was no longer a priority.

Sure it's possible but why would you do that?

You want to meld this: 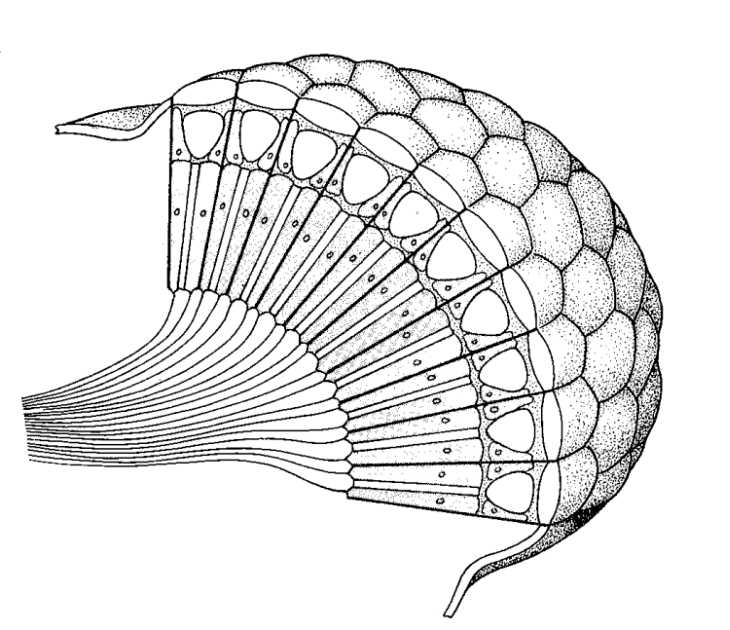 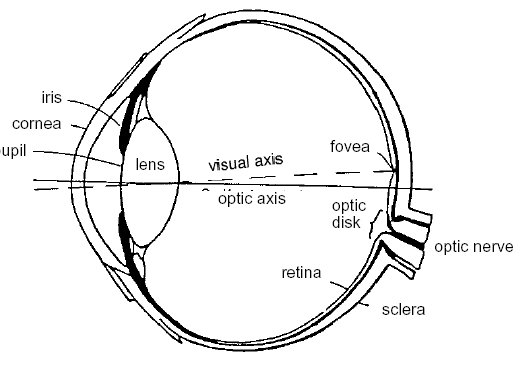 Making a stationary retina is certainly possible. Making a moving pupil may be possible too. The trick is getting them to work together. The control structures required to move a pupil around while maintaining focus on an immovable retina is far more complex than maintaining focus on a retina that moves along with the pupil. I don't know of any optical structure, natural or man-made that forces the pupil to move independently of the retina. The physics governing optics are very unforgiving. Getting them wrong means that your creature won't be able to see properly and thus won't survive as well as creatures with simpler eyes closer in design to our own.

From an evolutionary perspective, it doesn't make much sense. A more complex eye is more prone to errors in development and less resilient to damage. A simpler, more robust eye (like our eyes or an insectoid compound eye) would do much better.

It took me a while to figure a way to this could happen and make some 'logical' sense. What I came up with is is the eye (rods cones or what ever sensors they have) are just on an immovable sheet some distance behind a lens like a movie screen. similar to how our eye works, but instead of the Iris and pupil being apart of the eye, the eye is set like the bones in the body, but the eyelid is the pupil opening and closing for more light, moving focus kind of like a telescope. They could also help 'flex' the lens to give a wider range of focus for the eye, looking real close and seeing very far away.

Not the answer you're looking for? Browse other questions tagged biology creature-design aliens bio-mechanics vision or ask your own question.

24
Is there a way to translate a language that includes words for things we don't know?
8
How can I bridge the uncanny valley?
13
Could an organism see in infrared light as well as normal light, using its brain to process what it sees into a single image?
0
Proud warrior race with terrible depth perception. How do they look?
7
Nostrils? why not feathery tentacles?
27
A fast aquatic predator with multiple eyes and pupils. Would these eyes be possible?
4
sentient to nonsentient lifecycle