Structural design of shoulders for rigid suits and/or armour, what would be the best way to make these?

Well, I don't know if I should post this question on Worldbuilding, Engineering or Game Design stackexchange, but it has been a matter that keeps hammering my brain.

In this story, armies started using full-body rigid suit ballistic armour, the type of armour that protects every centimetre of one's body. It is not a thing they wanted to do, but a thing they needed to do. After all, humans became a space faring species and their military suits must be mass produced and prepared for every kind of environment, from the vacuum of space to the high pressure atmospheres of planets.

It doesn't matter (much) of what these suits are made of (because different materials have different properties, density and weight), but you could assume that these are made of some kind of steel or ceramic composite. How the user keeps these joints from clogging and/or breaking is another problem for the me of the future.

However, the detail that I cannot escaped/solve in any way, shape or form are the shoulders.

I tried to go look for real world examples, like space suits and dive suits, but both have only in mind the fact that astronauts and divers only do repairs and tests in the environments they were built for.

For obvious reasons, these aren't made to let the user crawl on the ground and partially look up during a gun fight. I can imagine that the neck could have the same rolling mechanisms of the limbs which would be easier to think, but the shoulders are definitely a wall. 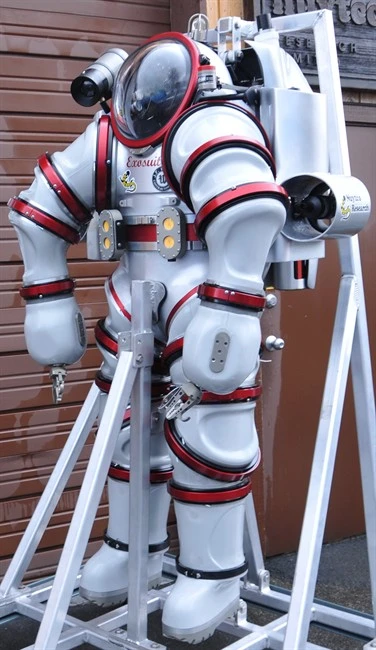 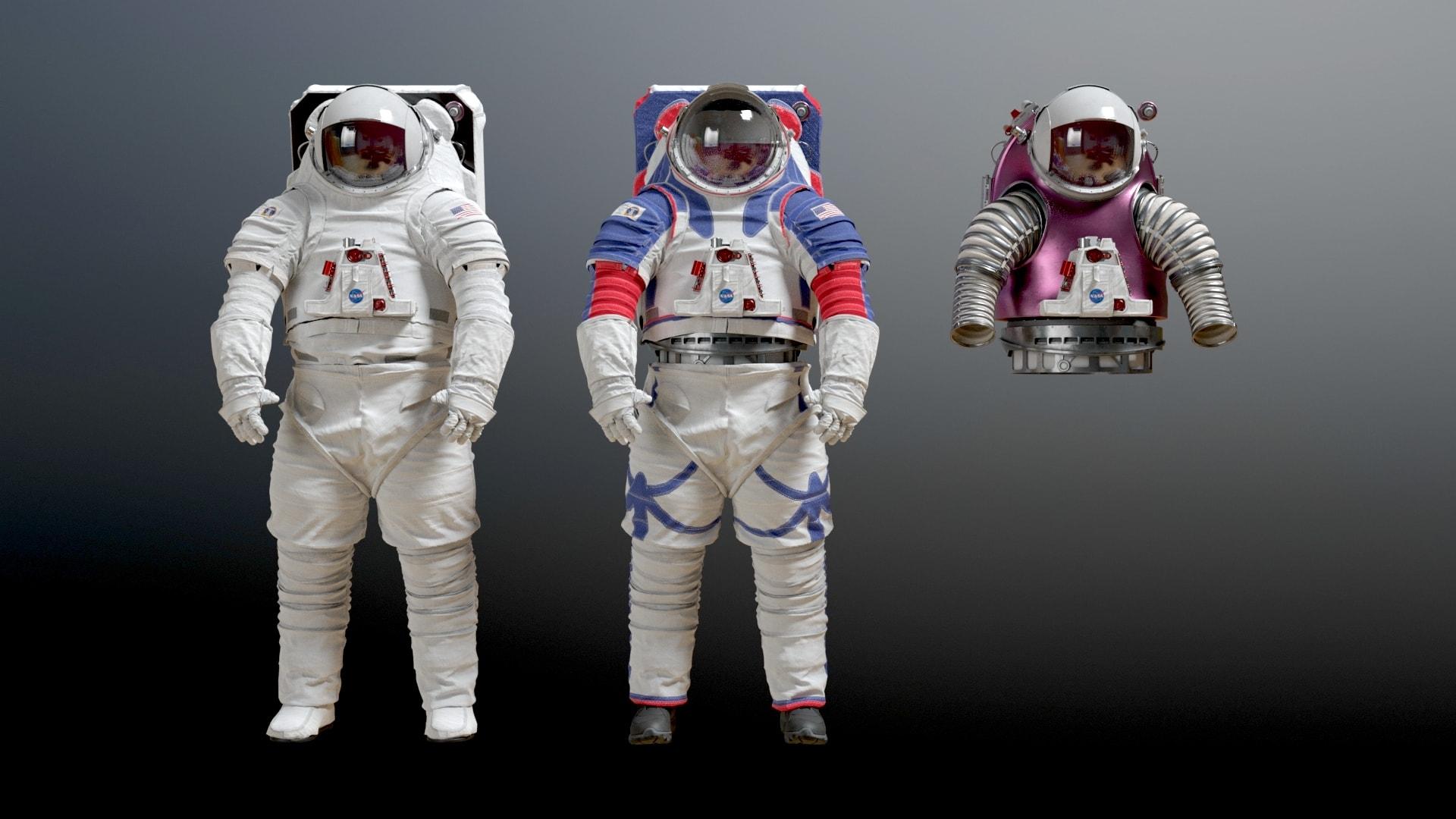 This is the Artemis II suit, it appears to be rigid/semi-rigid just like the deep dive suits because it seems that rigid structures are easier to keep pressurised.

Not to mention that most of the training for space missions are done underwater anyway, inside the biggest pools of the world. 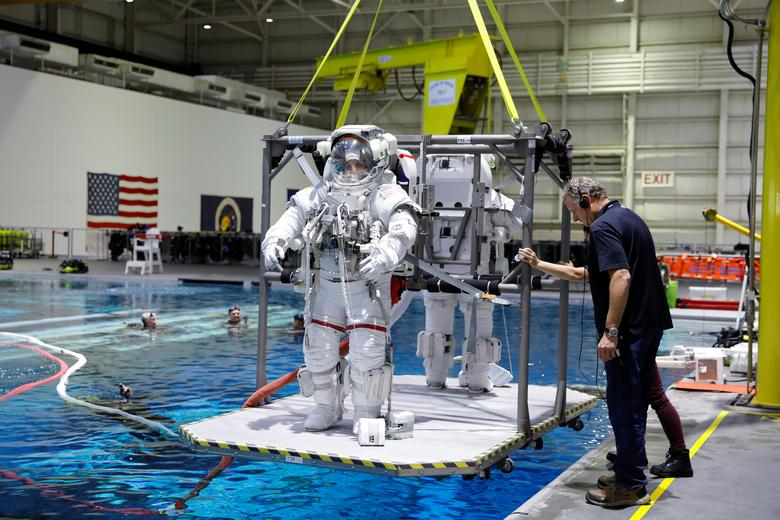 The movement of the shoulders are quite complex, and I can't find a good enough image to show all the possible movements you can make. 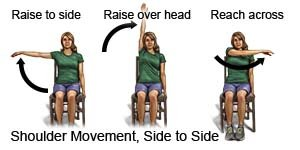 As you can see, the shoulders allow your arms to reach forward, backwards, upwards and even touch the back of the opposite shoulder. 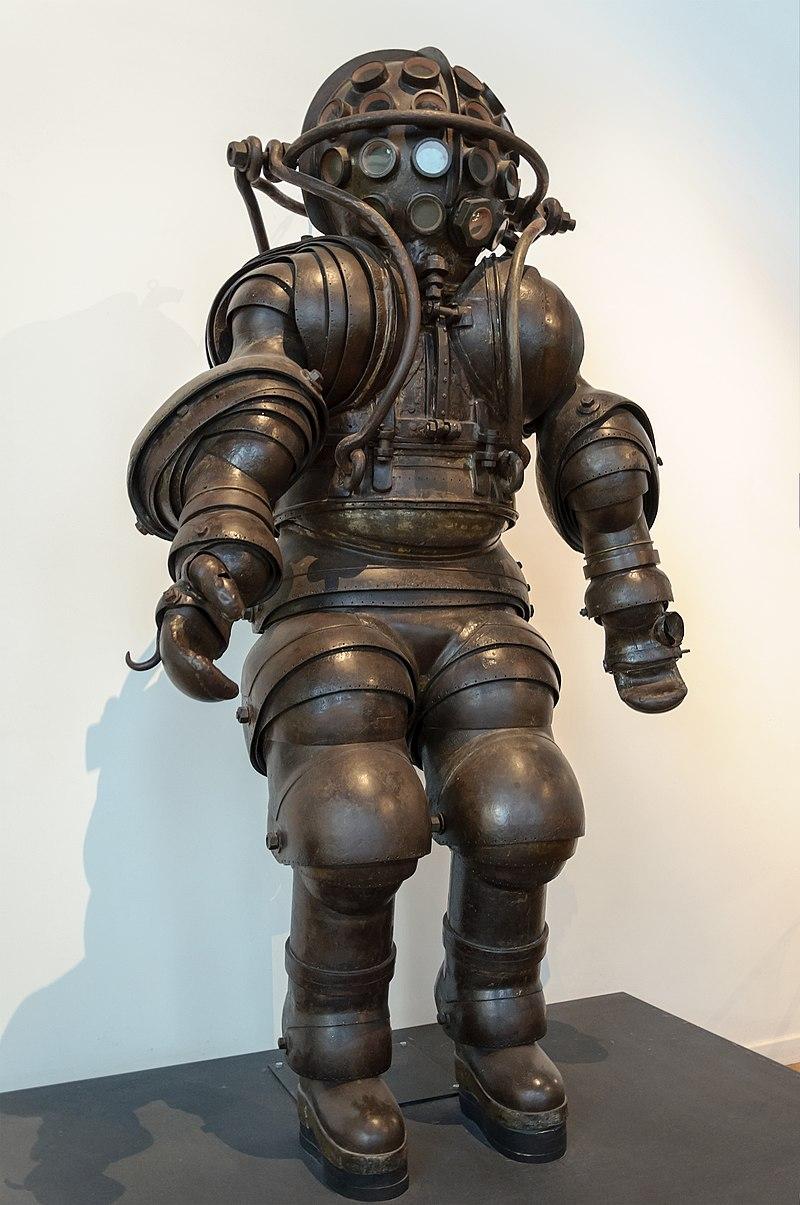 This is the closest I could find, but it seems just too complex, unlike the previous examples. 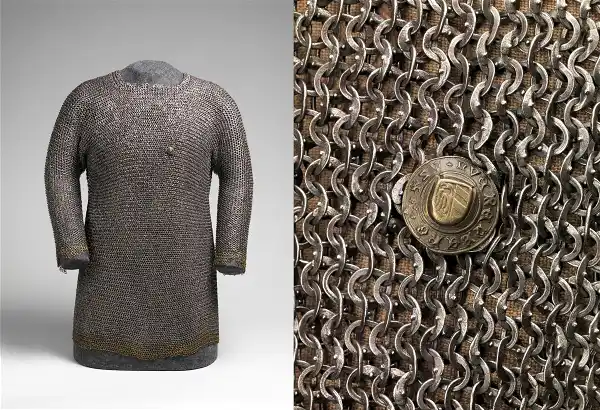 The bendy parts of your armor are not made of plates that come together at the joints. The bendy parts are made of many small hard bits that move relative to each other while still providing protection.

Either linked rings like the above or small plates attached to a fabric. Or long thin strands of hard stuff sewn into a less hard fabric. Oh no I just reinvented kevlar weave!

The "mail" armor doesn't need carefully thought-out articulation. Just a tube is fine. Mail knows how to flex and bend.

But Daron I hear you say, that is very good for protecting you from guns and arrows, but these guys fight in space! They need pressurized battlesuits to stop the space air leaking in. You cannot pressurize something with so many little holes in it!

To that I say bah! Go take a shower you smelly ingrate. And while you're in there I dare you to examine the hose attached to the showerhead. 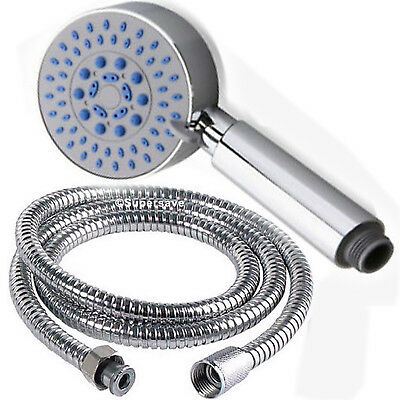 What a beautiful flexible luminous metal tube. Bendy? Check. Pressurised? Well there is no water leaking out, so check check checkeroo! 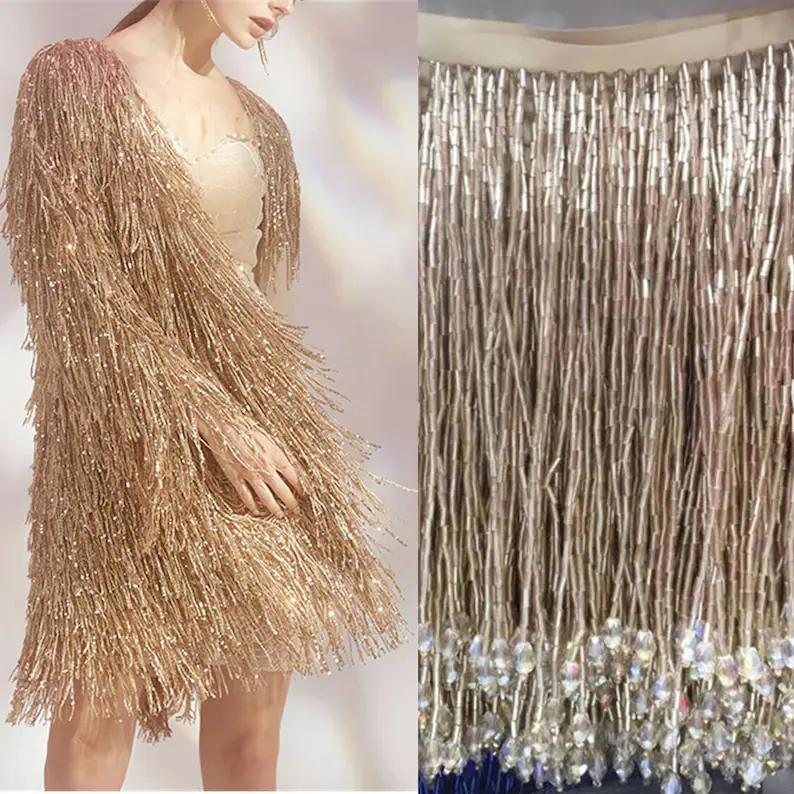 The suit is made of many small parts. These parts flow and allow unhindered movement of any body part. Shoulders, hips, neck and all parts can groove to the music as events warrant, and they warrant!

The electromagnetic connections between the small beadlike parts act as a thixotropic fluid - allowing slow movements unhindered but stiffening in proportion to the intensity of imposed forces.

The strands are also replacable. If a strand takes heavy damage the armored individual can pull gently and undamaged strands will reel out from the reservoir. Damaged strands will eventually be detached and possibly recycled. In the heat of the moment they can be allowed to dangle. That will be a great look for the anime because the space warriors will have long dangling damaged armor strands trailing behind, each bearing the scars of its damage.

If this has been done I have not seen it. I could imagine the anime version will look like a mino made of pearlescent strands. Which I guess is exactly what the mannikin above is wearing, although I bet the maker did not think she was making a mino. Maybe?!

Fully solid is not a good idea. If something manages to pierce or even partially damage, repair is a nightmare. you could go with plates ontop of something else (just like medieval knights did). The only reason I could think of why you would like a solid structure suite, is to go out in very heavy pressure environments. For that you might make do with many rings that are sewn in place to prevent them tilting over. The little flex would allow for movement while the rings keep the suite stable... alas you wanted armour.

Build your clothing from multiple layers of cloth. Between these layers, you'll want to place ceramic discs. The ceramic disks are ment to shatter and thus remove energy from the bullet. The fabric keeps it all in place. By using two separate layers of cloth between every ceramics layer, you can have the cloth sliding, allowing for good movement while keeping the disks in place. You can modify this design to use either small disks, which you pour into long slots, or to use larger plates, sized like your hand. While you could go larger, that will be of little benefit, as you may need to replace broken parts eventually. The toplayer and the second layer should be keflar or some other poly-aramid, to enhance wear- and cut- resistance.

For a more scifi armour, make the outer coating some rubberized surface and instead of ceramic disks use a dense, coarse ferro-fluid in a sponge substrate. Your armor could solidify each part that is not currently in motion, and even here multiple individual layers could help. The energy of a shot will be absorbed in friction and the ferrofluid will flow back in time, either passively or actively.

Yet another option is to use a self healing rubber on your pouches and a low-melting salt for the disks. Scattered disks can be remolten within the suite.

Finally you might use a granular substrate bound in a gelatinous or viscose substrate. If it has a simmilar density, the grains should stay suspensed all by themself, but again puching and using multiple layers is sensible. The armor will probably sustain permanent damage on the pouches, but if you can patch some tape on top to keep it from leaking to much, you should be good to go. This would probably still benefit from some "keeper", be it a sponge or fine threads, to prevent leaking substrate.

Make the armor larger than the human body. 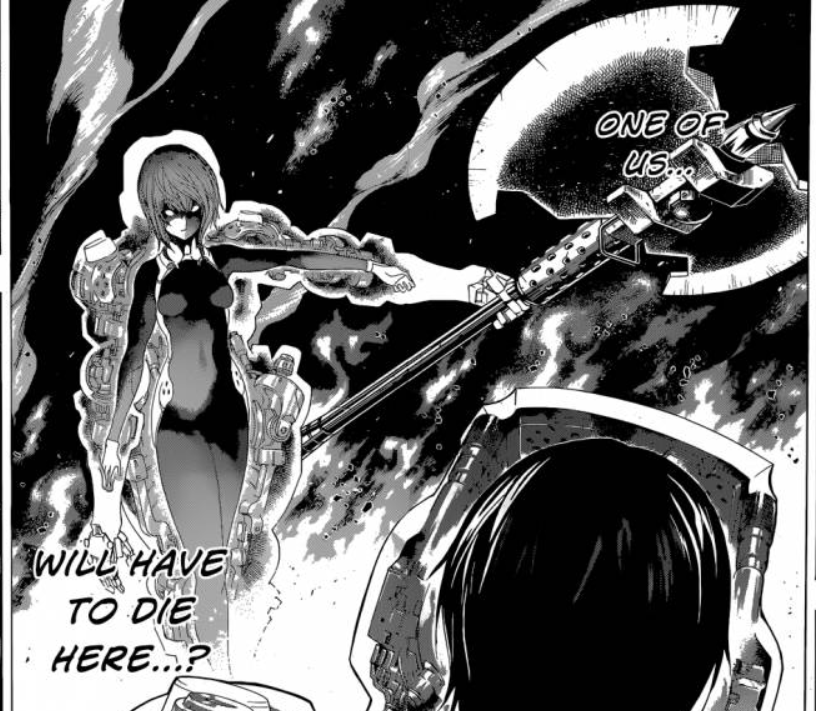 The human sits inside the core of the suit, its machinery designed to interpret their movements and transpose them onto the larger frame. There are ways to do this both digitally and mechanically, so the suit could have systems and back-up systems for threats like EMP bombs, power loss, etc. Pilots would probably control the suit through some kind of computer interface in a majority of situations, but switch to direct physical control under pressure or when it gave them an advantage. The whole thing would be made of hard, light, interlocking parts, but the exterior, being larger, could also be strategically designed with divots and bends to allow for more freedom of movement in specific areas. You could put a gouge through the chest plate to increase the arm's inward bend, since you're not cutting into the actual chest, or alternate thickness and thinness across a body part to make it move more smoothly.

Certain motions would still be impossible - putting one arm all the way across the chest, for example - and other motions would require some kind of command override - the human inside the suit probably cannot bend their real elbows all the way, but the suit's arm can bend that way, it just needs to be told to through the digital interface. However, in general, this would create a much larger freedom of movement, while maintaining the protection and the aesthetic of a fully rigid suit of armor.

Its probably not the most realistic, all told (but if you had really wanted that, I think you would have posted in engineering). From a story and aesthetic perspective, I think it gets you exactly where you want to be; An all-purpose, larger-than-life, mechanized power suit.

Not the answer you're looking for? Browse other questions tagged science-based space space-colonization armors .

1
How do exoskeleton suits connect at joints; when movement is powered?
1
Hulls and hard suits, what actually has heavier armour in space?
18
What material would ant-sized humans use to make armour?
45
How would armour (and combat) change if the fighter didn't need to actually wear it?
1
Specs for body armor rated to stop a heavy machine gun
6
Designing "Invincible" Armour?
6
Could one make decent armour based on a jaguar pelt?