What would be a good way to make a star map? [closed]

Ask Question
Asked 2 months ago
Modified 2 months ago
Viewed 151 times
3
$\begingroup$
Closed. This question is off-topic. It is not currently accepting answers.

Recently, I was working on my fantasy world's zodiac, when I realized that I still hadn't worked out how the constellations were supposed to fit together in the night sky. This caused me a good deal of consternation. I've been experimenting a lot since then, but I simply don't know how to go about making a star chart. So I ask you all:

What would be the best way for me to make a star map?

Yes, I know a program would make it much easier, and I would appreciate whatever software suggestions you have, but I'm specifically looking for how to make the maps using pencil and paper. Being able to access and scribble on my star maps without having to print them off would be very useful.

Draw it on a globe

The thing with a star map is that every zodiac constellation is clearly visible only one time during the year, (meaning that the star maps moves). The only place with stable stars are to the north (i.e. the North Star) and to the extreme south (i.e. the Southern Cross).

To mimic this effect using paper and pencil, a three dimensional object would be best. The inside of a globe would be perfect, (i.e. yes, paint the inside of a gigantic sphere) but if you want a quick and dirty solution because doing that is too much trouble (for some reason), the outside of sphere is pretty similar. Just rotate the globe to get a good idea of what the direct image of the stars moving along would look like, but this is only a good approximation towards the zodiac constellations, again, the celestial north stars (again, North Star) can't really be represented with this model. 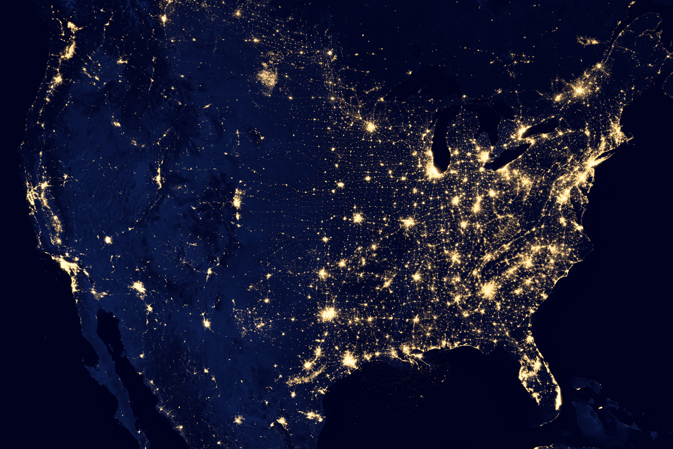 You need random stars. These are not stars of course and they are not random. But as far as an assortment of bright points they are a fine place to start. Then you can use them to draw your constellations.

The good thing about using nighttime maps of real places is that you can print up maps, write on them with pencil, and if you dont like it print up another one. You can use only the biggest cities or additonal depending on how many stars you want. Maybe the regions will give you ideas for the constellations.

8
What is the best digital way to make maps with different projections?
3
What goes into making a good writing system
0
Star System/Galactic Map Creator?
5
What good worldbuilding idea podcasts are there?
1
What is a good way to explain why magic doesn't work on people's bodies?
28
Is there any conceivable way to "turn off" a star?
34
Finding Earth on a star-map
4
What would it look like from the ground if a rogue star approached Earth?
2
Does this F-star solar system make sense?
26
What would be a good explanation for why Trolls eat Elves?