Essentially, I am making a species of flying creature with pterosaur-like membranous wings. Problem: the creature is insectoid in many ways, and so I also wanted it to have a long, but still relatively flexible abdomen/tail with a pincer at the end to aid it in tool manipulation, not unlike in dragonflies. The minor issue with this is that in all vertebrate species of flying animals that I'm aware of, the increase in the size of the animals was accompanied by a reduction of the tails, which in the largest examples of each type of creature were short at best and nonexistent at worst, and even though I do plan to extrapolate size a bit beyond what would be biologically possible, I'd still rather stick to a design that's at least possible at moderately large sizes, such as human sized.

I did search around the internet for its impacts in aerodynamics and dragon concepts to try and find a way to balance it out, but the best I found was linking the membrane to the tail, having Flipper-like tail rods supporting a tail membrane (like in the nightfurry, which is something I find visually appealing but too strange to adopt) or both. As of now, I planned to attach the membrane to the hind legs, but that attachment makes the tail an almost completely lift-less dead weight, and the fact I'd rather it not be a rigid, elongated rod like in earlier long tailed pterosaurs and birds only seems to worsen the problem, and the pincer, despite being rather flattened and fluke-like, still does little to help. 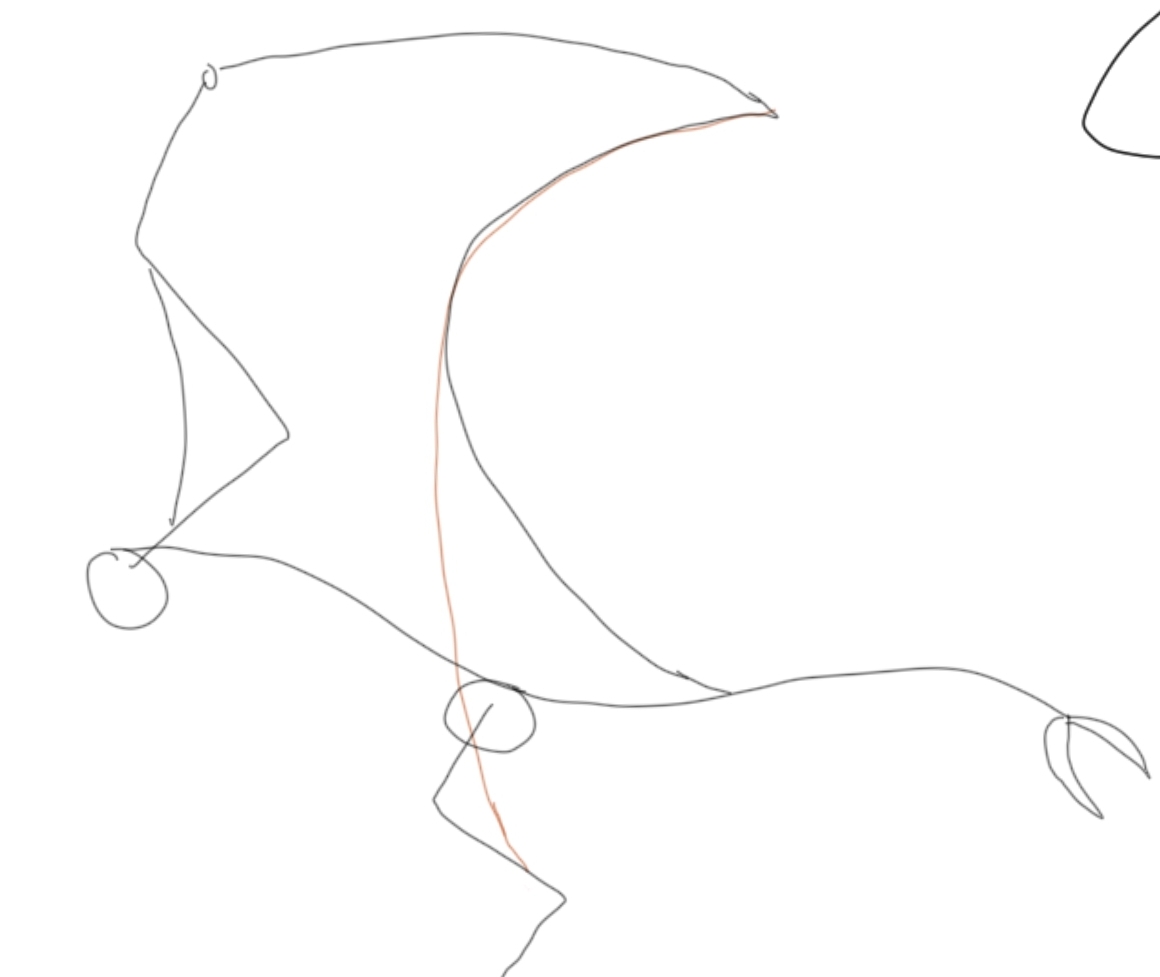 basic sketch of tail attachment vs leg attachment to better express myself.

That said, other than attaching the wing membrane directly to the tail, is there another better or at least equivalent way to ensure that the tail gets proper lift during flight? As of now, I even wonder if a tail attachment even be an effective solution.

The creature I'm referring to is the same as the one in this question. For the sake of this question however, I'd prefer to work on the scale of a larger creature, ideally about the size of an average human at least.

In this way you don't have to worry about having wings attached.

Tails shortened over time, not started short. So the earliest birds had long bony tails. Just as they had jaws with teeth.

You can make any sort of tail you want, the longer the tail the better it is for balance and stabilisation. The drawback is in mobility, weight and concomitant flight efficiency.

What about it has one or two extra pairs of minor wings attached to its tail? I believed it would extend flight time and improve maneuverability.

If it was a "living-balloon" hybrid (employing some subtle gas bags to float), hovering would be easier and an excuse to evolve some kind of appendage to manipulate stuff while it hovers in one place and is kept stable by its multiple wings.

10
Alien Griffin Design
11
Possible material for dragon wings
9
Can a feathered wing be also compliant?
7
What Is The Best Wing Design For A Giant Flying Animal
2
How could be useful a long and flexible tail for a living flying mechanism?
8
Scaling up the bat wing: still a good alternative for a large flying animal or inferior to a pterosaur wing?
5
Feasibility of a sand gliding creature?
5
Could membranous wings work along with an exoskeleton?
7
Expected limits of adapting wings for burrowing
9
Compressible satellite ears?