What is the expected terrain for an arid highly eccentric Earth-like planet?

For this question lets take a trip to Slyo Dacas: 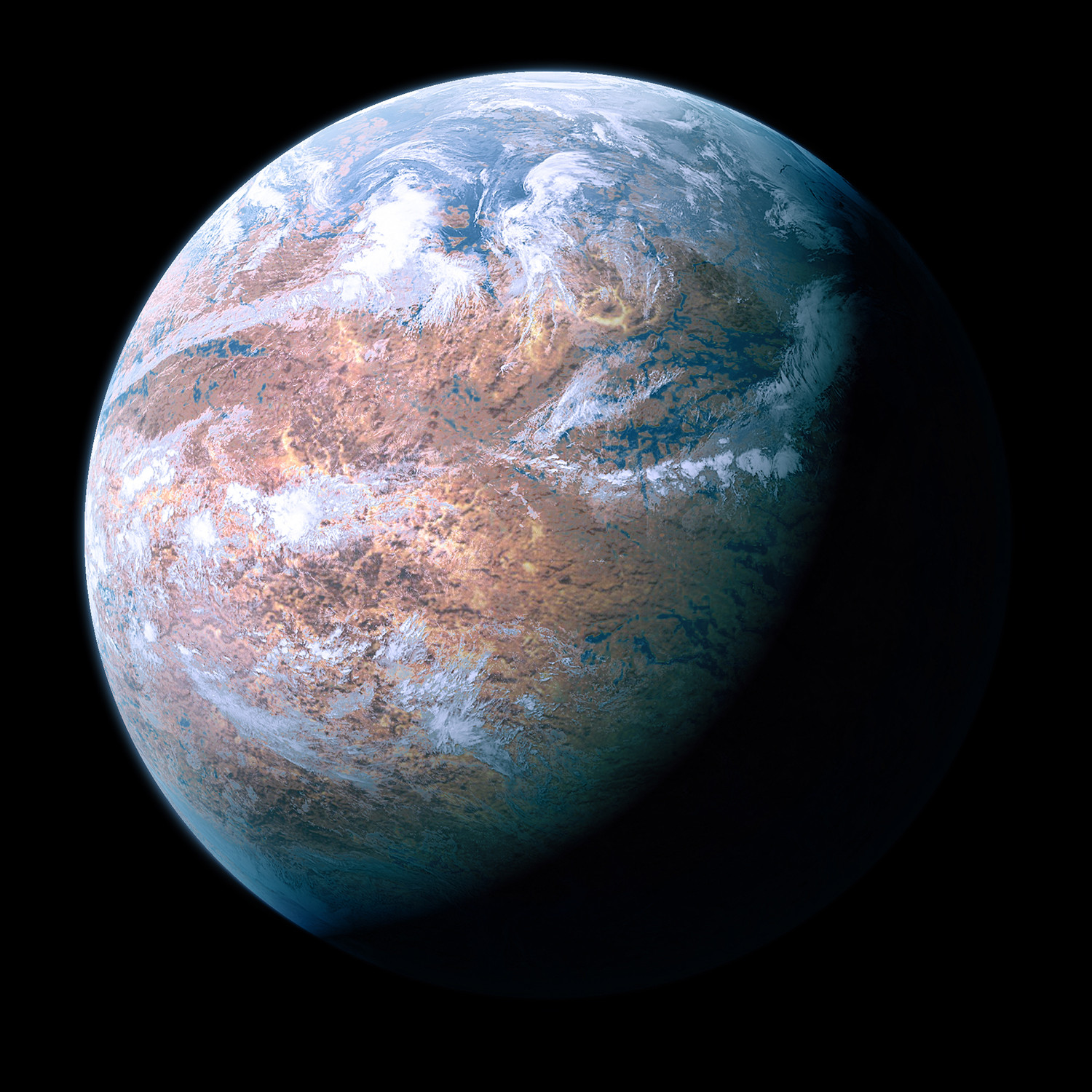 Slyo Dacas (sil-yo-dak-iss) is a world roughly the same size of Earth with a decent magnetic field and no moons.

The world is a bit drier than earth, its seas are shallower and smaller and its land more bit more arid on average.

The main difference though is its orbit: highly eccentric.

There are no seasons due to almost no axial tilt. However, since the orbit changes the climate so drastically for simplicity sake I will say it has seasons. Summer with the planet's orbit at closest approach to its star, and winter at it farthest reach.

Summer temperatures rise drastically. Most of the water evaporates into the atmosphere and massive cyclones rage across the planet drenching everything in hot rain. 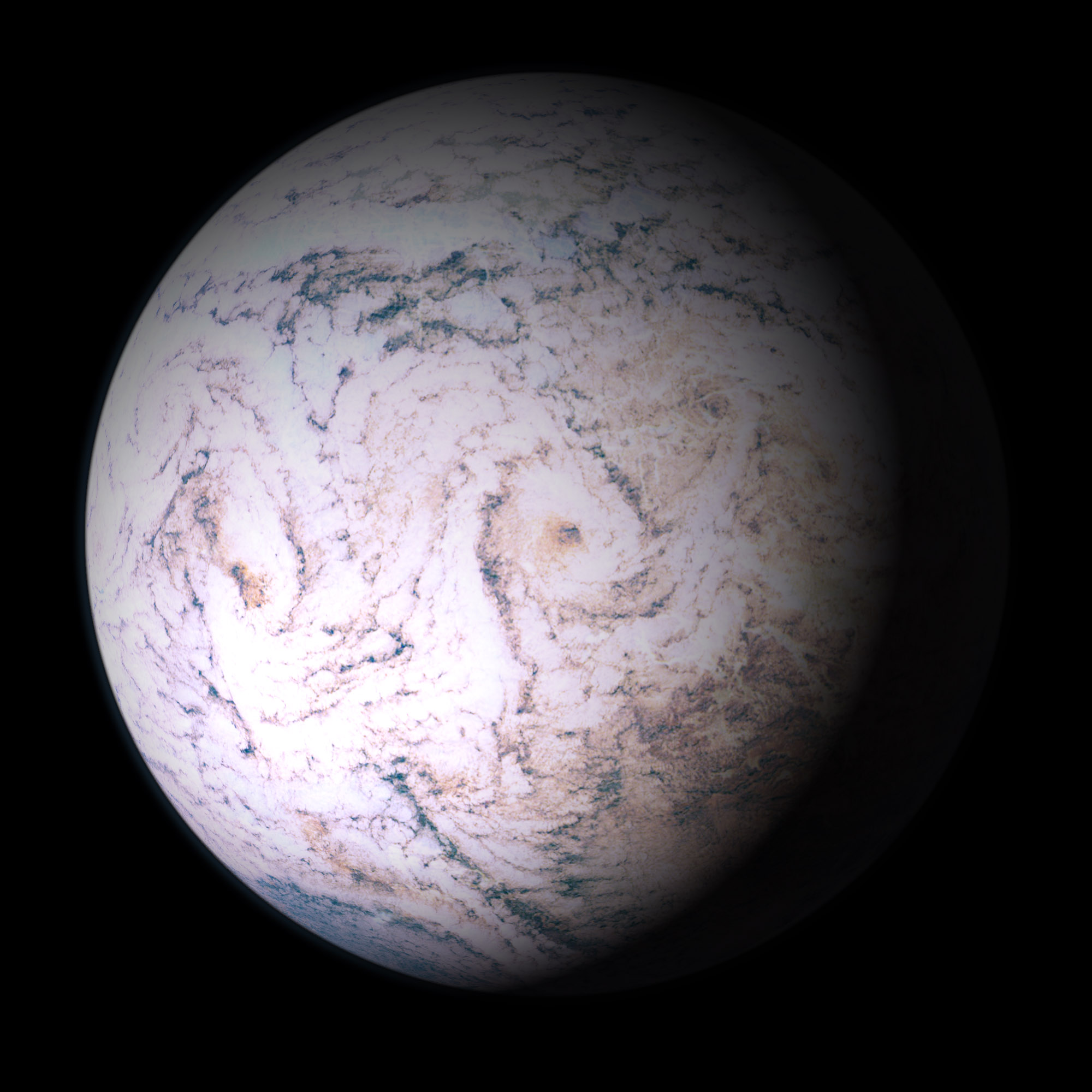 Now we know that erosive agents here on Earth help shape just about everything from mountains, coastlines, rivers, even individual rocks.

This planet has most of those processes as well, but in a more advanced pace and on a yearly schedule. The planet is also a bit drier. So taking these details into account my question is:

The greatest change would be a much higher preponderance of "chaotic terrain" caused by flash floods.

Consider that the bulk of the planetary water will start forming snow as the orbit moves away from the sun, and by the time it reaches the farthest part of the orbit, there will be a deep, dense snowpack which has been frozen very hard due to the extreme cold.

As the planet approaches the sun in the "spring" part of the orbit, the deep, cold snowpacks will begin to thaw, but this won't be a gradual process; the deep cold of winter will make it take longer to thaw, while each day the insolation will become much greater as the planet approaches the Sun. The snowpacks will melt suddenly and catastrophically, releasing flash floods which will rapidly make their way to the lowest elevations (most of the water will rush into the low oceanic basins.

Huge wadi's, deep canyons and even "chaotic terrain" caused by major water features overflowing and breaching their barriers will be common. There will be huge accumulations of silt in the oceans and large deltas will be found at the ends of rivers. Geologists will delight in the amount of sedimentary rock, and over millions of years, we should expect to find large areas of sedimentary rocks like shale and sandstone being quite common.

The life on this planet will need to adapt to the hydrological cycle as well as the wildly fluctuating insolation, and we should see lots of interesting adaptations, ranging from deep roots to massive migrations, or even life cycles designed to take advantage of this (for example, a creature which might use migratory sea birds to take its eggs or spores inland for hatching and development, then riding to sea with the "spring" floods for the remainder of the life cycle).

I'd say you'd have at least a couple things:

Some other things to think about: The oceans would probably settle without the moon constantly mixing them. (see Tidal Forces)

I suspect that the terrain won't be much different from Earth, other than because of no moon to help keep the mantel and crust a little more active, mountains will likely be lower, balanced by a bit less water and no moon for less erosion leaving things surprisingly similar to earth features. Smaller and fewer lakes rivers and oceans etc.

Plants handle winter pretty easily now, many plants also go dormant in desert climes until the rains come then burst into life. Many will also live in what lakes and oceans exist while they exist. Some plants change quickly between a wet and dry environment, and these would be even better adapted to such, likely absorbing large amounts of water like cactus's. Now if the clouds actually obscure the sunlight during the summers, it will help keep the worst of the scorching away, but it will make it harder for photosynthesis. So plants will have to store food during the 'spring', to help survive the 'summer' and produce 'fruit' in the 'fall' before 'winter' comes back.

Anyplace that water will puddle as rivers lakes and oceans. Likely will stay much closer to the equator since that will have the longest 'unfrozen' seasons, since the poles are going to warm up the slowest because of the angle of the sunlight hitting it. A couple years of the poles not thawing out could quickly lead to a lot more of the available water being trapped in polar ice.

Land animals would likely be in foot hill type areas, near places that lakes will fill up but with enough upland to stay 'dry'.

4
Seasons on a circumbinary planet
12
What is the climate on a brown dwarf planet with split heat sources?
6
Seasonal progression for an Earth-like planet with wobbly axis tilt?
7
Would a planet with a 4 year solar orbit have differing seasons?
7
The (Alternative) Reason for the Seasons: Highly Eccentric Orbit
10
What would seasons and daylight be like if the Earth was on an eight-shaped orbit between two stars?
1
What is the habitability of an Earth- like habitable planet that do not have any cloud covering?
3
Life on a planet with little axial tilt