Why would a creature both have carnivore teeth and side-facing eyes?

So, after a long unplanned hiatus, I have started designing alien creatures again, and one image that eve before that hiatus I could not get out of my head is that of a creature which has both the pointed piercing/shearing teeth of a carnivore, and the side-facing eyes of a herbivore. The thing is, though, I don't want to just handwave it and say that I'll do it anyway because it looks good to me; I will if I have to, but I would rather have a reason.

Now, I've asked questions on here before and subsequently, from not giving enough criteria, gotten unhelpful results, so I'll say a bit more about the creature I'm imagining; It:

My question then is this: Why would a creature meeting all the above criteria have both the teeth of a carnivore and the side-facing eyes of a herbivore?

Your creature evolved within an ecosystem where it was both hunter and prey.They've exclusively hunted smaller prey but there was one or more other carnivores that hunted them as well. They've hunted their own prey by sound. Visual acuity was unimportant. But it did help in avoiding being ambushed.

I think the best way to make this work would to make the animal a scavenger. Carnivorous teeth are best to tear and slice decomposing meat, and the side facing eyes would be used to scan for danger as the creature eats.

Your animal is brachycephalic.

Brachycephaly is a mutation that produces a foreshortened face. Brachycephalic mammals have shortened muzzle or no muzzle. I have heard humans called brachycephalic chimps.

Your animal is a brachycephalic carnivore, very much like a pug dog. 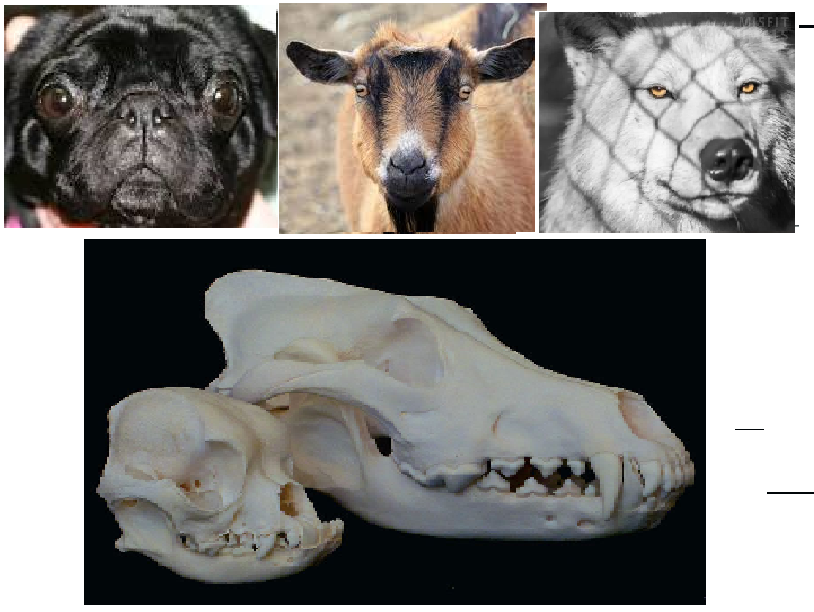 As a visual aid here I have images of a pug dog with eyes very nearly on the sides of its head. This is not because the eyes have moved but the entire skull is squashed flat. Next to it as exemplifying the protoherbivore with eyes on the sides of its head is a noble pygmy goat. On the side and wondering why it is in with these two is a smug wolf, with front facing carnivora standard eyes.

You will see in the comparison of pug and wolf skull that the dentition of both canids is carnivore standard, in so far as there is room in the pug jaw. This pug skull demonstrates a typical pug underbite which your animal might very well have.

Why would a protowolf evolve into a pug? We know in our world it is because pugs are snorty and friendly but there was artificial breeding involved which your OP precludes.

Why then would a chimp evolve into a brachycephalic human? Chimps have a wicked attack bite but humans struggle to attack with a bite because our noses get in the way. The answer is that other adaptive traits came along with brachycephaly. For your animal, maybe smaller bodies conferred better fitness in lean times when elk prey was scarce but grasshopper prey common? Maybe the arrival of new predators made side facing goatish eyes helpful? Maybe the wicked attack bite meant too many pups killed by getting bit, and so the ability to bite hard was selected against? Maybe snorty awesomeness helps cement social bonds and group fitness?

In any case: pug animals. Picture would be welcome. Remember the underbite please.

Many dinosaurs had carnivore teeth and side facing eyes. 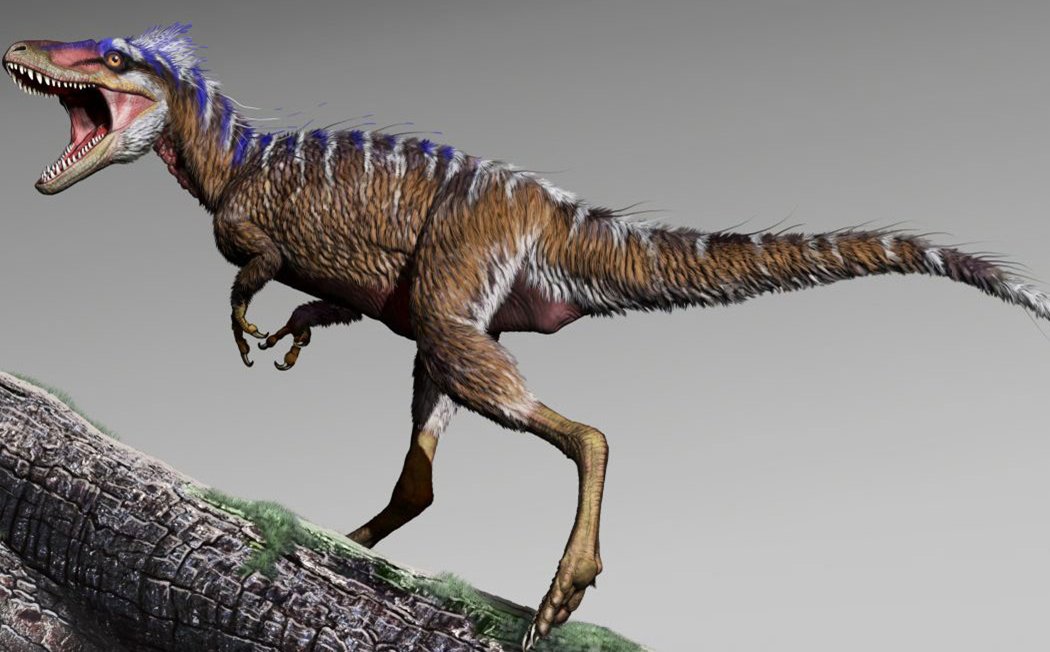 While it may be a predator, it could not be the Apex

There are many animals that are predatory, yet they have their own predator(s) that will hunt them down. For your animal, it could have their eyes like that because they have a bigger, scarier animal that is out to hunt them. Depending on how dangerous the animal is, and what environment your species lives in, it needs to see more areas and be aware at all times. The alternative is that the prey it hunts is quick and stealthy, so it needs to be aware and look around to know where its food is.

You are assuming "sharp" teeth - incisors,shark like teeth, etc - with a predator. However, you are not understanding the reason for the teeth. Teeth evolve to adapt to what it eats. What it eats doesnt have to be prey. A plant can have a fleshy like substance and therefore needs to be torn off, ripped, sliced, etc.

If you improve the sense of smell I would say "because it is a scavenger". It bullies other carnivores away from kills.

The notion of side-facing eyes for survival amid other predators seems pretty sound. And since you provide carnivorous teeth as a given, then could it obtain prey by some means other than visually hunting? Like say: 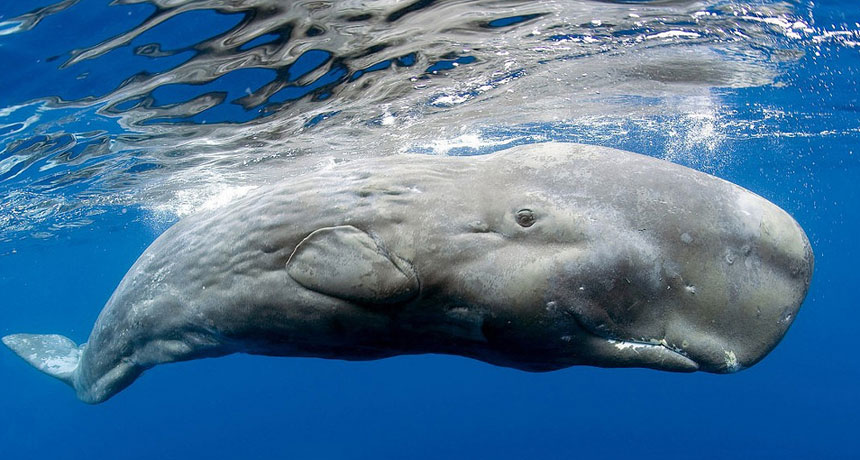 Vision is not it primary sense. It might have something like echo location for hunting prey at short to medium distances and only use vision for detection at longer distances.

binocular vision helps to locate the distance to the prey animal. Why would not not need this?

Possibly the predator is MUCH faster than the prey. Imagine a giant sloth on the ground. Safe in a tree, but easy prey on the ground.

The predator is also prey, OR there is an escapable but fast moving hazard. Imagine being in a forest where trees fall randomly, but frequently.

The side view eyes are a relic. The animal lives in an environment where vision isn't used for hunting. Think bat sonar.

34
Why would the mouth of a creature evolve to be away from the head?
3
One finger, one thumb, one arm, one leg, one nod of the head
5
Humanoid Bioweapon: what can stay and what has to go?
4
How Feasible is a Flying Equivalent of my Chomping Eggs
9
Are there any major problems with my creature design?
6
How to support a large head on a horizontally attached neck
4
What would be the best design for a a versatile humanoid leg, but at the same time pretty good in every function (universal leg)?
4
Is it posible for an animal to have elongated/visor-like eyes?
1
Can life be diverse if they had evolved from different or multiple ''basic'' body plans or multiple ancestors?
5
Evolutionary pressures for carnivorous elves