Photosynthesis with Microwave or Radio Wave

In short, please provide me with a scientifically plausible biochemical scheme for how an organism can harness the energy of long-wavelength electromagnetic radiation to produce food for itself. Thank you.

Requirements of the answer:

Link to the opposite question: Photosynthetic life using gamma radiation

A Snowflake, a symphony of phonons and a shower of photons.

The issue with longer wavelengths is twofold:

On Earth, we've chlorophyll that absorbs photons of a particular set of wavelengths converting the energy into excited electrons - the chlorophyll molecules do this by acting as little aerials, tuned to these wavelengths:

It's the tail of the molecule acting in concert with the ring part with the magnesium in the middle provides the tuning.

Magnesium's great, it's got just the right availability in the cosmos, and a convenient requirement of energy-levels to shed and capture electrons.

So, to counter the first sticking-point above, you need bigger molecules to capture the photons. The second point is dealt with by capturing more than one at a time.

You can do this by taking a leaf out of NASA's book when they grew genetically engineered aerials (technically, genetic algorithms evolved them, then NASA made the "survivor" with metal): 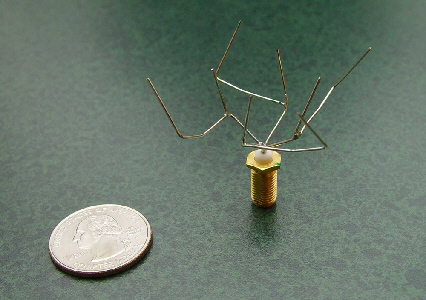 The phonons come into it when you have several photons simultaneously (or nearly so) hitting the target molecule - each making a wave in the surface electrons of the substance like dropping several tiny pebbles around the edges of a puddle at the same time making ripples. These ripples all converge at the active centre where the chemistry takes-place reinforcing each-other's energy, the total energy being just right to make the magic happen.

The whole molecule would ring like a thousand tinkling bells all at once, the brighter the light, the higher and more intense the ringing.

Keep the basic chemistry the same with magnesium, but make the surrounding structure more like a snowflake (or a version of NASA's aerial). Of course, the longer the wavelength, the bigger the molecule: 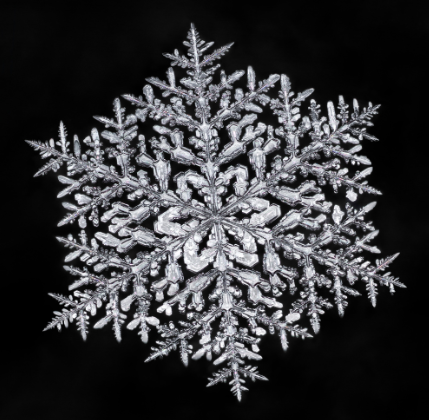 10
Could aliens see in other wavelengths?
5
How many nodes are needed in a communication satellite network so that it may be a weapon?
5
Applications of Electromagnetism in "Force Fields"
16
Anatomically Correct: Space Plankton
1
Feasibility of The Culture's Effector
11
Sound Waves as an Organism’s Energy Source?
6
Where to begin when designing functioning alternative biochemistry for alien organisms in non-earthlike conditions?
2
Magic system- photosynthesis/"solar cell" dragons using electricity for warmth?
14
Is it possible to make a "safe" electromagnetic "jet engine" using extremely long wavelengths?