I have been wondering if it would be a good idea to exploit the natural coldness of space to create the conditions needed for quantum computation at a large scale.

The average temperature of space is about 2.7 kelvin as far as I know, which would mean that it would require a lot less powerful cooling systems to get to the temperature needed for quantum computations which is about much closer to absolute zero.

I am aware that the computer would require shielding against cosmic rays, against the radiation coming from the sun and space and finally a considerable set of radiators to dissipate the heat efficiently, however assuming that the civilization to construct the orbital computers had such means of shielding (in the form of powerful magnetic shields) and space engineering, would it make sense for them to go through this endeavor for quantum supremacy?

And most importantly, would the smaller temperature gap make a real difference?

2.7 K is the background temperature of space. In Earth orbit, you've got a huge pile of fusing plasma 1 AU away, and a big warm planet filling nearly half the sky. The equilibrium temperature of an inert object in LEO is about a hundred times that, and that of an object that's actively generating heat is even higher.

Take JWST as an example: it's an infrared telescope that needs to be kept very cold. Passive cooling is part of the solution, but requires it to be located at the Earth-sun L1 point, 5 light seconds away, where a shade could protect it from the sun without Earth heating it from behind. This approach wouldn't work in low Earth orbit, and even with an elaborate multi-layer sunshade doesn't get things as cold as they want. To get the coldest parts to operating temperature, JWST still needs active cooling, which is actually easier on Earth's surface where there's more power available, less stringent mass budgets, and air and water to remove heat.

In the end, the sun-facing side of JWST is currently 318 K, and even the coldest non-actively-cooled part is 37 K, over 13 times the 2.7 K background temperature.

In earth atmosphere, heat is transferred from hot CPU to heat sink by conduction and then a fan transfers heat from heat sink to outside by convection (using air as medium for convection).

In a vacuum, heat can’t be transferred by conduction or convection. The process of convection and conduction requires some medium made of material particle for transmission of heat. In a vacuum, there is no material. So, heat travels in a vacuum by radiation.

In some situations, radiation may not be enough to transfer all the generated heat. Vacuum is a bad conductor of heat. In some setting, vacuum may increase heat.

Real spacecraft has a big problem with overheating, and must be equipped with cooling systems and radiators to prevent getting catastrophically hot. This is for devices that can operate at ~300K. A supercooled quantum computer would be very challenging.

It's very difficult to keep things cool in space. There's no air to blow over things to cool them down, which is how it's done on Earth. The laws of thermodynamics require that when you cool down an object, something else must be heating up more than you cool it down. Ask yourself, in the near vacuum of space, what will you be heating up and how? Other problems are that the Sun and reflected light from planets and moons will constantly shine on you and heat you up - even if you put up a shield, it will shine on the shield and heat it up, which will eventually heat up your entire spacecraft.

Some more logical locations for a QC are:

Note that the idea is not to find an ambient that is cold enough for a QC, since that is unlikely. You're almost certainly going to have cooling systems, pumping heat from the very cold QC to much hotter outside. However, if the outside is not too much hotter (not hundreds of degrees), the coolant might be a bit more efficient.

Space is not Cold 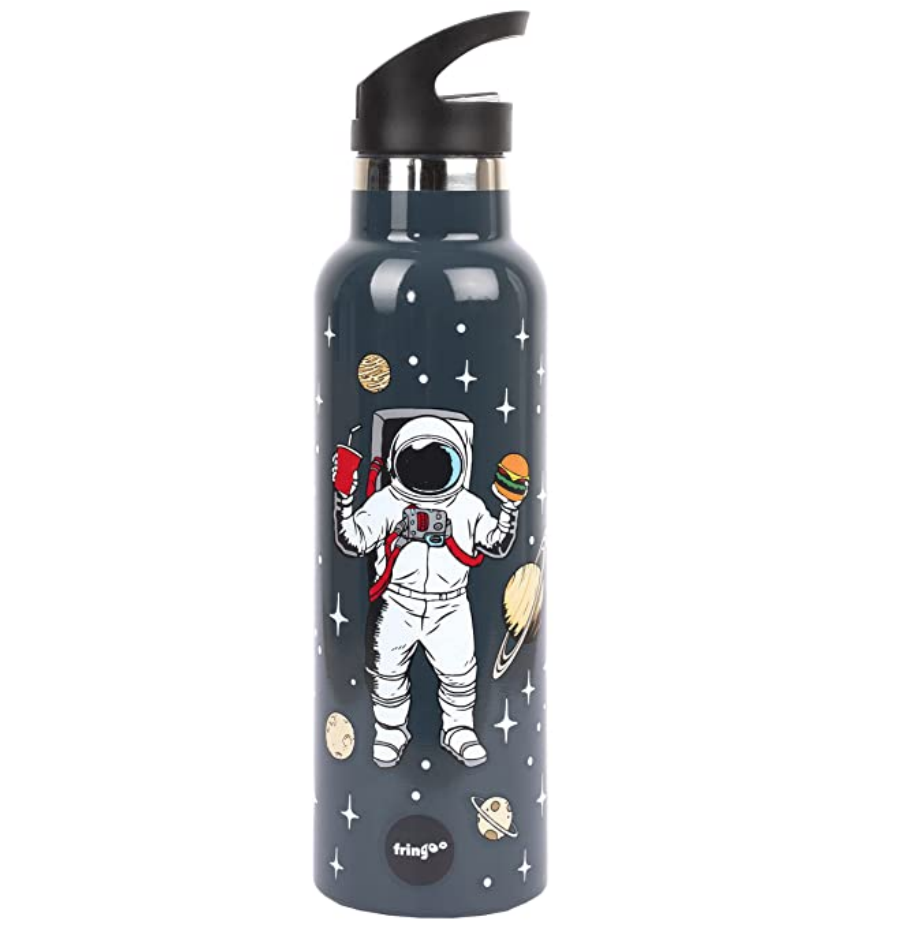 The take-away is that a computer put in space stays at whatever temperature it was at launch.$^1$

Until you turn it on.

Then it starts creating heat. The heat stays inside the computer because of the vacuum. Space does not cool the computer. Space insulates the computer. It overheats. The end.

$ ^1$ It might absorb heat from the Sun. But that makes things harder and not easier.

The "natural coldness" is an oversimplification. The lack of convection complicates temperature management. Couple that with the maintenance issues, and it sounds like a very bad idea.

I'm building on a number of answers here and would like to point out that the answer you selected as the "best answer"... isn't... (all due respect to @ChristopherJamesHuff, who kinda answered the question but didn't adequately explain anything).

On Earth we have gases (usually the atmosphere) and liquids (you should be thinking "radiator fluid") to do that for us. But even that's often complicated. Let's consider your car!

To make my point, we moved the heat from the source (combustion) into the engine block, then into radiator fluid, then into the atmosphere.

The problem with space is that it's empty

No atmosphere. Certainly no fluids. There's nowhere for the heat to go.

This is really important!

The nature of the universe (all of the universe) is to move to the lowest energy state. We call this "entropy." Things don't want to be hot. Energy wants to even out and stabilize. When you take away the source of the heat, the result (over time) is that everything falls to a minimum temperature. We call that "cold" because we're conditioned to living under the beauty of a blazing sun.

But the truth is, space isn't so much cold as it is empty. In the middle of all that empty the energy, through entropy, has minimized and the result is "cold." But that doesn't mean you can sink heat into it. After all, if the blazing glory of the sun can't heat up space, why should your itsy-bitsy computer?

It would be better to put your computer on Antarctica where there's both a lot of cold and a lot of gasses and fluids to draw away the heat. But if you insist on space, you'll need massive heat sinks to transfer the heat to what little mass there is out there.

Heat must be transferred through something. In a perfect vacuum (which space isn't, thankfully!) there isn't anything heat can transfer through.

1 This isn't actually true. While a minor component of climate change compared to polluting the atmosphere with greenhouse gasses, the heat generated through combustion is nevertheless part of the problem. The atmosphere can only hold so much heat, too, without consequences. Like melting ice caps.

You'd have to use geothermal cooling, i.e. shadowed craters on the moon have a constant temperature of -240 to -245.

If you have nuclear energy there to go near -273 it would be good.

It would be a big rig. Very complicated. Then you could decrypt SHA 256bit codes.

And most importantly, would the smaller temperature gap make a real difference?

No, as pointed out in the other answers about the coldness of space. Even if space was somehow magically able to cool things down, anything you do in space can be done on Earth cheaper, faster, and larger.

Do not under estimate how expensive it is to ship material to space. On Earth? You get a quote from a shipping company and move on with your day without worrying whether your moving 1 tonne or 1.001 tonnes of material. In space that is potentially needing you to move to a new rocket or accept a shorter mission as you put less consumables in the device to save mass.

Turns out you want a bigger machine than originally planned? On Earth you combine two rooms into one. In space? Your looking at at least launching an entirely new satellite.

What happens when the engineers turn round and say they need a few hundred extra watts of power to run things? Or an extra few kilograms of support structure? On Earth, who cares. In space, well you've looking at a large redesign to save mass/power elsewhere.

Not the answer you're looking for? Browse other questions tagged science-based space-constructs computers quantum .