Would there be any advantages to having all hands and no legs?

Essentially, the organism (Homo Armyus) has 4 arms, 2 placed at the shoulder and 2 at the hips. All bodily functions in Homo Armyus are the same as Homo Sapiens, just the arms are different. Would Homo Armyus have any advantages over Homo Sapiens in an earth-like setting, on planet? 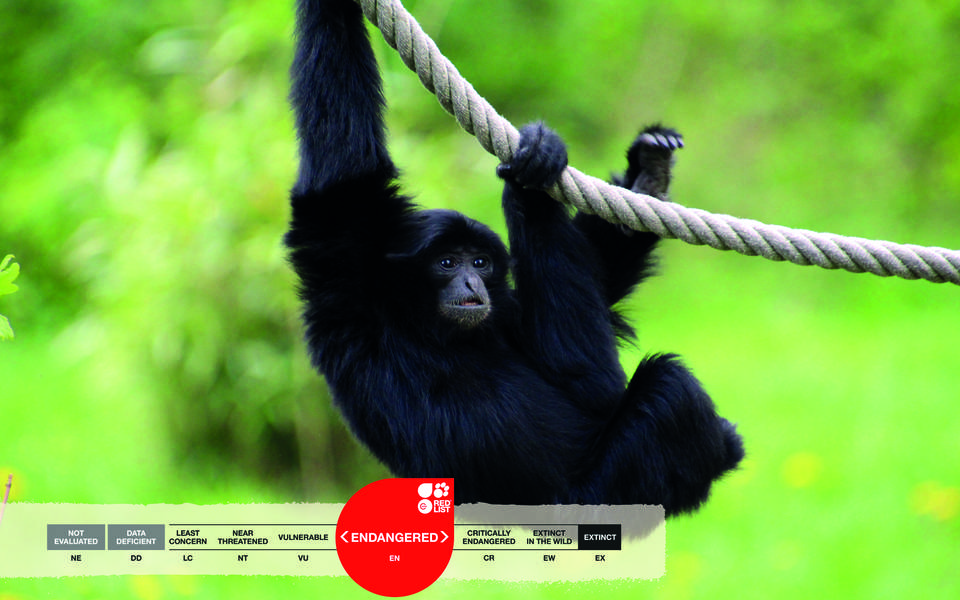 I could imagine that in a zero gravity artificial space environment, prehensile feet might again be a help. If the homo species does not need weight bearing feet, extra appendages capable of manipulation might be useful. Phenotypic variables like prehensile feet probably have less effect on genetic fitness for a species capable of space flght.

In truth, Homo Armyus is a member of the family Hominidae, but he doesn't belong to the Homo. He's most likely more closely related to the Pongo than to Homo. In fact, I want to propose that this is actually Pongo sapiens! Let's look at the 1758 depiction of them: 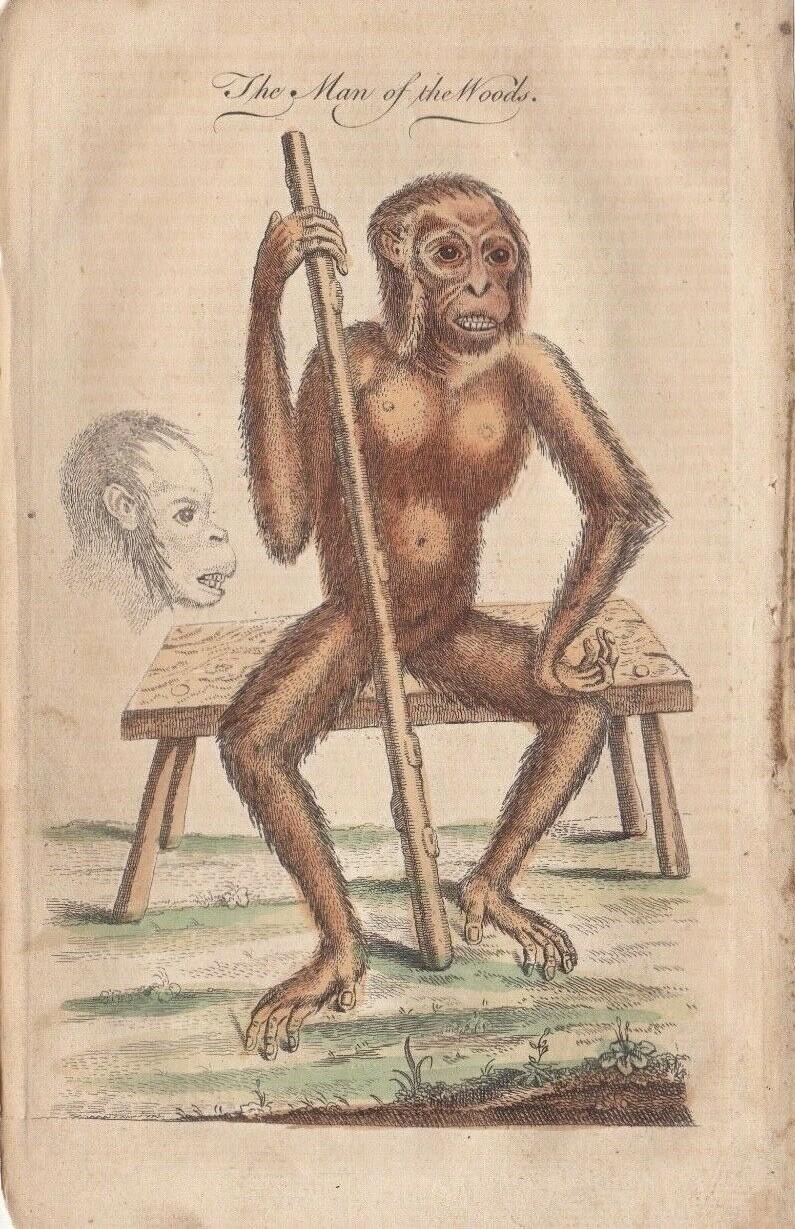 This in turn means, that they will love to work in your libraries as librarians and enforce the rules with iron hands and muscles that can bend steel rods. They also will gather titles such as "DThau & Professor in L-Space Studies".

Because they are better at climbing and stronger, the Pongo sapiens will flock to universities and win in the cutthroat society there while also having access to all the books in the library. Due to their colossal strength compare to Homo sapiens, they drive people out of military positions and fight crime by bending the shackles around the criminals, not simply locking them. They also excel in the thieves' and assassins' guilds, accessing high entries others can't access easily.

Due to their role as gatekeepers in the education sector (There might not be a single Homo sapiens librarian left!), NASA and other high-tech companies might be effectively run by Pongo sapiens, so most space travelers are Pongo sapiens by the necessity of the qualifications anyway.

Their better muscles and climbing arm geometry come also in handy in low gravity: where Homo sapiens need special boots to stay connected to a spot, Pongo sapiens just grab a handrail and have two hands to work, and a third hand to hold the toolkit accessible or move around.

And also, they look rad in orange: 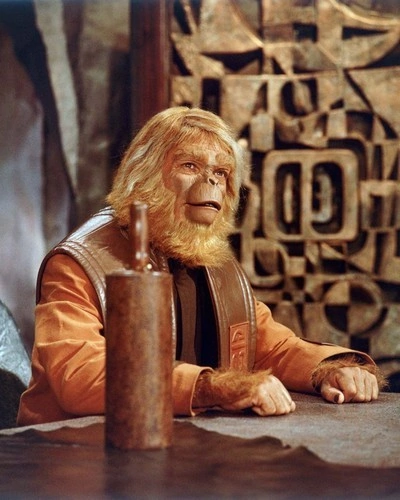 The kind of thing you're describing seems in many ways like a more specialized, less muscular and weirder version of a chimpanzee. Many primates, including many apes, have feet that function much like hands, as their habitat and lifestyle makes it so they're regularly climbing trees and moving around in 3 dimensions among the branches. Because of this, legs and feet that act like a second pair of arms is highly beneficial.

On the other hand, a habitat where there's little to no opportunities to climb and things such as walking and running efficiently is much more important, said apes start to fall behind compared to humans, as we adapted away from a climbing lifestyle and into a lifestyle of traveling long distances bipedally. Your handymen might also be less capable swimmers than humans, though I can't say for sure. The fact that you didn't mention things like muscle mass leaves me something to add: as chimpanzees are more adapted than humans to an arboreal lifestyle, including changes to the spine and pelvis, it's to be expected that your handymen would face heavy competition, especially if their arms are each about as strong as an average human's.

Overall, nature is all about trade-offs, generalization and specialization most of the time. To become the best at something, you must become at least bad or downright terrible at another, especially in activities that demand opposite traits (being a good runner relies on long legs, while being a good burrower requires shorter ones. Being a good climber means you need flexible limbs, while running specializations require less flexible limbs. The list goes on). There's no such thing as a creature that is great at everything, and more often than not you can only get close to being decent at everything, or as they say it, the "jack of all traits, master of none", who often looses at something to the master of one (kinda like Mole crickets, who looked at swimming, burrowing, flying and running and said "all of them, please!").

I think its simpler to look at this in reverse, what factors make feet more efficient then hands and how can we remove those pro-feet factors to make all-hands more efficient.

Feet are basically hands that require less thought to operate and are specialized for one activity (over hands) walking and running. Where you use the fingers on your hands for all sorts of things, your toes and ankles are designed solely to assist with balance without having to put any thought into what they up to.

To make feet sub-optimal, you thus need an enviroment where it is impossible to walk or run for long distances - which means you may as well have hands instead of feet as they provide more utility. Ergo, you species either lives far above the floor or in an environment which doesn't have a floor (giant chasm ledges ect.).

The main issue with the upright stance is the load placed on the spine. Quadrupedal animals have an arc-shaped spine which is perfect for that stance. Your "Homo Armyus" has a surprisingly convenient secondary arm placement. Arms closer to the ground remove the need to crouch or bend over to pick something up. This in turn reduces the risk of spinal injuries (a major epidemic in our modern world). Your Homo Armyus probably don't realise how lucky they are to have a pair of arms so close to the ground.

Heads up in battle!

In a hunter gatherer lifestyle, these extra arms allow them to pick up weapons without making themselves vulnerable to a counter-attack. For example, they could use a slingshot and pick up rocks as they shoot. The same is true for spears, arrows or any projectile weapon.

Maybe the species was designed for space travel, i.e. zero gravity, where legs do nothing useful, while more hands can be used for grappling/holding onto walls, equipment etc. Perhaps your species was bred for that purpose, landed on a distant planet and forgot about the technology through generational degeneration?

To put it simple Homo Armyus would be less mobile on land, but more dexterous and a more efficient worker in fine motor skills. I imagine in an earth-like setting they'd be good swimmers and possibly live by or on lakes. They'd also be good climbers, so alternatively live on trees would also be an option for them.

Most obviously, dropping legs would cause your poor organism to lose abilities which could not be replaced by arms. (More usefully, why have you not included your own ideas? How far did your imagination take you before something failed and then, what was it that failed?)

Do you not believe that walking upright on legs is the single most obviously important difference between humans and the other apes?

bbc.co.uk/programmes/m000z2cw spent most of an hour this evening explaining both how hard a time Evolution seems to have had in teaching us to walk, and why that matters. Could you watch that?

4
From mice to men ( series )
5
Humans specifically adapted to be ambush predators
18
Would there be any major disadvantages for a species to have six legs instead of four?
4
Humanoid species with Fully rotatable and foldable joints
11
Are there any advantages to bioengineered submarines?
5
How to deal with too many arms?