What would the rest of the oceans look like in this scenario?

The scenario being this: 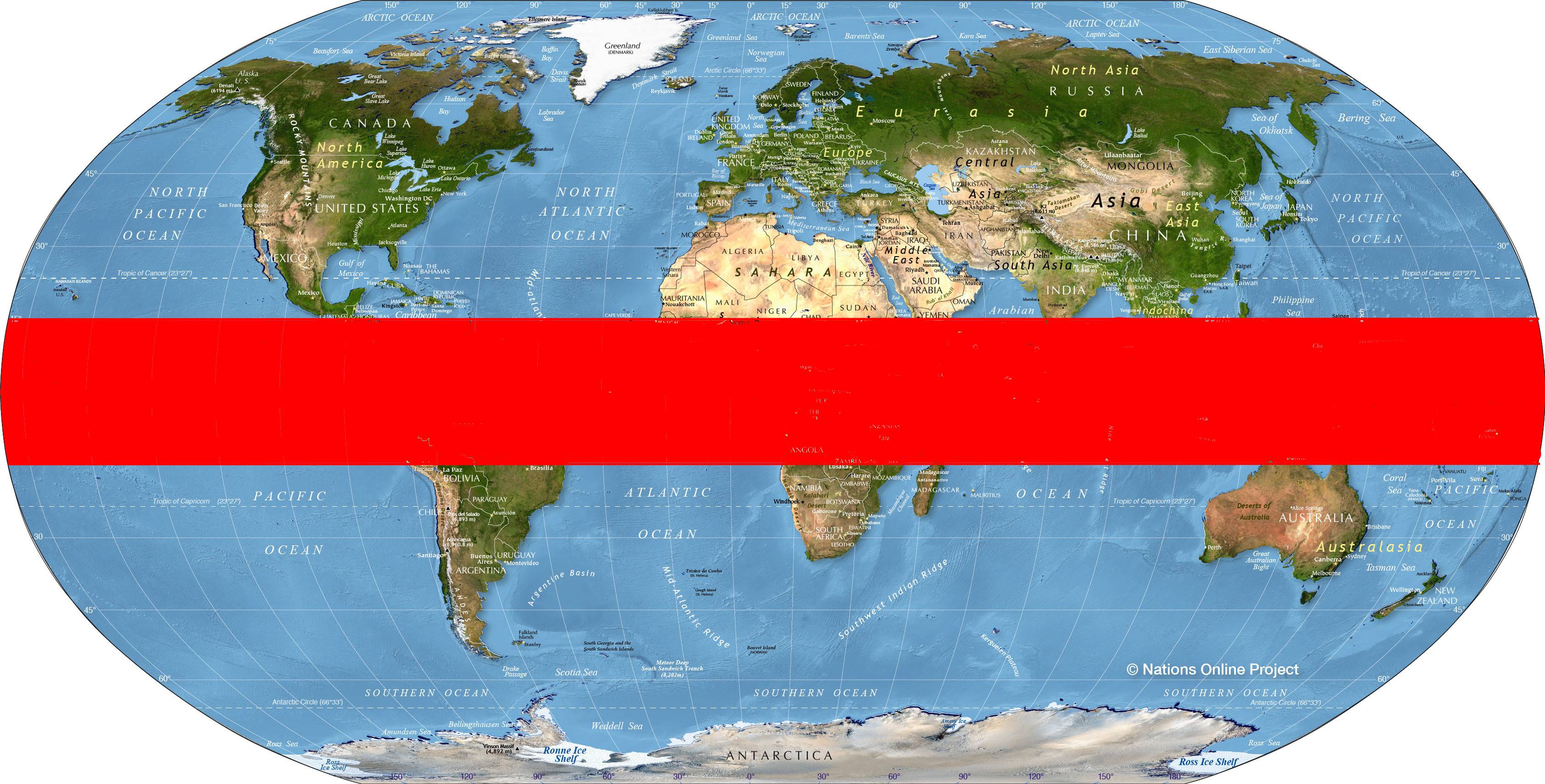 The red band extending 15 degrees from the equator is a dead zone, too hot for complex, multicellular life to thrive. How hot are we talking? The equator in this scenario scorches up to 165 degrees Fahrenheit. The last time the tropics got this hot was 270 million years ago. How the catastrophe happened is a mystery. After all, we still don't know how the Paleocene-Eocene Thermal Maximum happened so quickly and so dramatically.

But outside the red band, in regards to temperature and circulation, what would the rest of Earth's oceans look like in this scenario?

Higher temperatures in the equatorial area means also that more energy gets conveyed at higher latitudes: water and air circulation will be stronger because they are pushed by a stronger engine.

Together with the above, higher temperatures mean also higher evaporation and precipitation, probably turning a good part of what is today temperate climate into a warmer and more humid place.

I doubt there would be ice caps in the polar regions: the warmth coming from the equatorial through atmospheric and ocean circulation would prevent it from forming.

The effects of this scenario would be far-reaching and complex, but in general, the oceans would be warmer, more stagnant, and have less oxygen.

In the short term, the loss of phytoplankton in the dead zone would lead to a decrease in atmospheric oxygen levels, as these organisms are responsible for a large portion of global oxygen production. This could have severe consequences for animals that rely on oxygen to breathe, including humans.

Outside of the dead zone, ocean temperatures would increase due to the loss of evaporative cooling from the surface waters. This would lead to changes in circulation patterns and ocean currents, which could disrupt local ecosystems and affect global climate patterns. Additionally, the warmer water would hold less dissolved oxygen, leading to "dead zones" where marine life cannot thrive.

Not the answer you're looking for? Browse other questions tagged science-based alternate-earth ocean temperature currents .

22
Are tropical fjords possible?
5
Is a snowball planet a necessary step in the evolution of a life-sustaining ocean planet?
4
What vegetation/biome could I expect in a tropical region at an average temperature of 8-9 degrees Celsius?
2
How do I figure out temperatures and amount of sunlight for a world?
3
Would a Longer PETM Save the Creodonts and the Mesonychians?
4
Could Sharks Survive a Longer PETM?
7
How Would a "Lungshark" Breathe Out of Water?
2
Would This Chosen List of Animals Occupy the Earthworm Niche?
2
What Would the Arctic Ice Caps Look Like in This Current Map?
6
Which marine organisms would survive this longer Paleocene-Eocene Thermal Maximum?