How do Winged Sapient Creatures Keep from Panicking in Zero G?

I have plenty of space fairing aliens with wings that are capable of flight. I can’t help myself it’s just a cool feature for an alien and a have. But I want to adress A potential issue in getting a species literally born to fly past the atmosphere.

See, in the same way that standing on a thrust-grav ship hitting 1 G it feels exactly the same as standing on earth, free falling feels the same as zero gravity. Now since humans were designed to walk on the ground, when a human experiences Zero G, it’s fun, it’s something you talk about with everyone back home. However a winged creature is hard wired to maintain control while airborne, so they will not react well to free falling. Their instincts tell them, “you are falling to your death, correct yourself before you splatter into the ground.” Following that same instinct, they will attempt to correct themselves which works in a gravity well, but not in zero g. They will flail, they will have less control of themselves which would gradually lead to even greater panicking, and a panicking astronaut is not a good thing to have locked inside your spaceship.

Now there was an example of this in an MLP fanfic where the winged member of the party experienced such a panic.

Now this was only a single member with wings that was a talented flyer. But what if that was a winged species version of an Apollo mission and there wasn’t a ground pounder to try and calm things down?

But once you find a way past that their are endless opportunities for a flying creature amount the stars. Just ask the birds of Ceres. 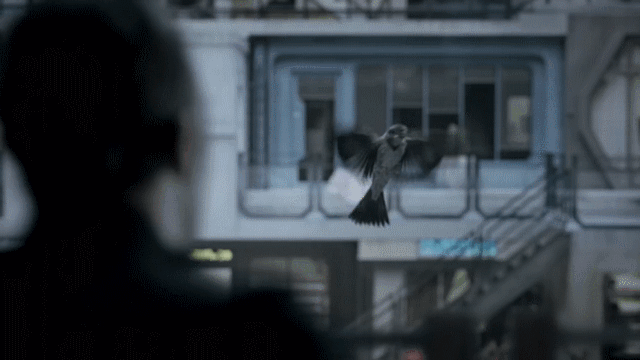 So, now for the big million credit question. How would you keep a member of a flying sentient species from panicking when they experience Zero G? 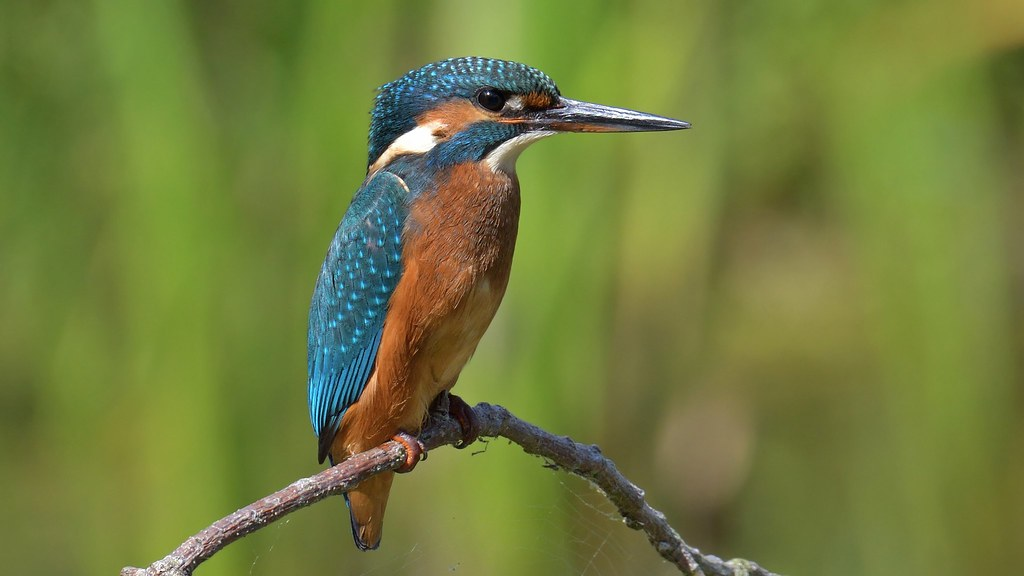 The freefall instinct only kicks in if the animal recognizes itself being mid-air. So your bird people make sure they are standing on the ground when they enter zero gravity. The spaceship has artificial sticks for them to grasp with their talons until they become accustomed to the lack of gravity. Then they let go and fly around like these pigeons.

These birds are smart enough to build a spaceship. So they are also smart enough to overcome their instincts with enough training. As part of astronaut training the birds practice doing maths problems while in freefall. This is easier than freefall practice for humans since no aircraft is required. The bird simply flies up high and then lets itself fall a few thousand feet. They have an earpiece that feeds them times tables.

Panic caused by not being human

About the video, the panic issue is also caused by the birds not being sentient. You show a zero G flight set up by humans, where zero G sets in suddenly. The bird will panic, because it does not know what to expect, like we do. The bird can't control its altitude and banking angle. Panic sets in because the zero G comes unexpectedly, in a small confinement. With sentient birds, who created the aircraft themselves, panic won't set in.

But birds will have a much larger problem in zero-G than we have !

A bird will completely loose its sense of direction in zero-G space.

For land animals, the Z-axis can be ignored. Land animals tend to maintain their altitude at some height above ground. You stay on the ground. For birds and fish, the Z-axis plays a central role in movement planning. For birds, this will be completely messed up in a zero G environment. In a sense, land animals are flatlanders, birds are not.

Land animals will experience an extra degree of freedom, for birds this degree is messed up. They will need more time to adjust.

'Eyes are to be aligned horizontal

Our eyes are kept in horizontal alignment, because we permanently stand with 2 feet on the ground, looking forward. Birds have to do work to accomplish that. And they know what kind of work. In the air, they balance airflow, so their banking angle is zero. Their eyes will end up horizontal. In space, a bird will have to create forward movement in a vertical posture, looking up or down, instead of forward.. of it has to bend its neck. Very inconvenient.

Now let's suppose the zero G situation is not temporary: there is enough room, there is air, no gravity. Inside space stations like ISS, humans loos muscle tissue. They get weaker. Same will happen with birds. Birds will find they don't need lift, they don't need to take off, they'll just jump and move forward, or up.

In fact, there are many birds that would be quite suitable for space / zero G circumstances. These are birds don't flap their wings often, like seagull. They soar around, keeping their wings rigid, after finding an upward airflow. In a zero G environment big enough, there is no need for airflow. Once "up and down" are decided, the bird will experience a place with "upward airflow" everywhere. Paradise, actually. They'll get used to it.

Not the answer you're looking for? Browse other questions tagged xenobiology space-travel spaceships microgravity .

22
Motivations for interstellar colonizations
11
Optimal species body plan for agility in a complex environment
6
Feasibility of a species based on Yog Sothoth (HP Lovecraft lore)
4
How to adapt the Royal and Ancient Game to Zero-G?
32
How could a 6-way, zero-G, space constrained, 3D, flying car intersection work?
7
How would you keep a reverse Hindenburg from exploding?
8
Scaling up the bat wing: still a good alternative for a large flying animal or inferior to a pterosaur wing?
5
How large could a blue whale get in a zero-gravity environment?