What could reduce sunlight on an Earth-like planet?

I want to create a world where there is very little sunlight during the day -- at noon the light would be about the same as an Earth sunset. The planet would be Earth-like until something causes the sunlight to be reduced (so that life can evolve normally first).

So, what are my options? What could possibly prevent most of sunlight (not ALL) to reach the planet's ground, considering these requirements:

My goal is an alternate Earth with just the sunlight being missing, I'm trying to get everything else as normal as possible, so I need to know what effect each option will have on the planet (ex. temperature drop) so I can work on solving those problems one by one later.

So it's alright if life is supposed to go extinct, the humans will have plenty of time to find ways to avoid that. I also expect life to evolve very differently with less sunlight, even if the rest is the same, so no issues about that.

Magic or a bit of handwavium is acceptable, as long as there is a somewhat clear understanding of how it works and its consequences.

science-based environment alternate-reality
Share
Improve this question
asked May 24 at 14:06 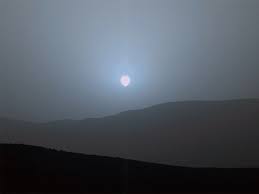 A rogue planet plunges through the systm and alters the orbit of your planet. Your world moves farther from its sun and enters a new stable orbit. Other planets in the system did not fare so well, one plunging into the star and the other being thrown out of the system.

It is darker farther away. It is colder. That is the new way of things. Life adapts.

OK - exactly how far away does the planet need to move? Farther away than the orbit of sunny Mars, it turns out.

400 lux Sunrise or sunset on a clear day (ambient illumination) 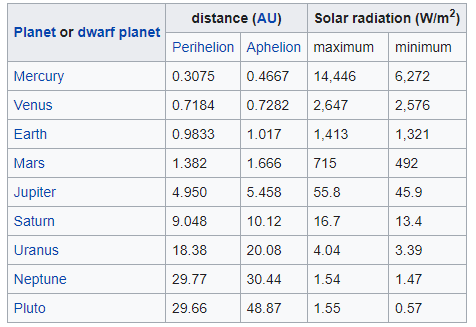 One way to get reduced sun light, compared to Earth, is to have a cosmic dust cloud permanently between the star and the planet. Alternatively, the star could be a reduced energy output star, such as a red dwarf.

An artificial way to get reduced star light on the planet is to have Dyson spheres or a Dyson swarm in between the star and the planet. Energy from the Dyson spheres/swarm can then be directed to the planet so intelligent life there can use it.

Change the humans, not the sunlight

My goal is an alternate Earth with just the sunlight being missing.

You still need the light of the sun for heat and growing food and stuff; so, instead of eliminating the sunlight, simply eliminate our ability to see it. For about 0.5% of the human population, this is already the case. We call it blindness. There are many ways to cause blindness. Parasites, viruses, drug overdoses, genetic disorders, and physical trauma are the big ones though.

To modify humans to be blind for millions of years you can't rely on parthenogens like parasites and viruses since human will eventually become either resistant to, or remove these things from our environment. You also can't rely truma or drugs since those only effect a single generation.

Your best bet here is a genetic bioweapon. Genetic bioweapons are the weaponized form of gene therapy where you design an weapon to manipulate the genetic composition of it targets. Such a weapon could in theory inflict a blindness by inserting a genetic disorder like norrie disease into all of its victims causing rapid retinal detachment. Unlike traditional bioweapons, this weapon would cause not just blindness in its victims, but in all of their descendants as well. If such a bioweapon were to get out of hand, you could eliminate the genes from the human races required for seeing permanently.

Many vision disorders do not cause complete blindness. Something that clouds the corneas or kills off all of your rod receptors could cause the world to appear much darker without actually blinding you completely.

Normally, any civilization with the advanced bio-engineering skills required to make such a weapon, could also fix the damage given enough time, but the problem is that once you blind all of the people with the skills required to fix it, there will not be anyone left to read the computer screens needed to fix it. Most of human knowledge will be lost simply because it is not available in braille or any other handicap accessible format. And even if you do have it in braille, 99.5% of the population would suddenly become illiterate; so, the people who need to read it will be unable to do so. In all probability, civilization will collapse long before most people can learn to deal with their new found blindness, and civilization will have to be rebuilt from the ground up were blindness is the new norm.

Decrease the amount of light arriving but increase greenhouse gases

One option is to be like Venus and have double digit percentages of CO2 instead of a few hundred parts per million.

If methane or CFCs or SF6 are present in significant (not enormous) quantities, you could increase the temperature of Earth hugely.

Now, the amount of heat absorbed/emitted by a planet is proportional to temperature to the 4th power; if you can increase the greenhouse effect by 40 degrees, then you could have the amount of sunlight reduce by 50% and still have the same temperature; increase it 60 degrees and you can have it reduce by 65%. 100 degrees allows 85%.

See e.g. https://www.astro.indiana.edu/ala/PlanetTemp/index.html or other planet temperature calculators out there; this forum doubtless knows many.

Maybe mankind could deliberately set off a methane clathrate gun or produce ludicrous amounts of SF6 to compensate for some event that knocked the planet further away from the sun. Willk's orbit change suggestion would work nicely.

(1) SF6 is incredibly inert chemically but is very heavy so it builds up in the lungs of animals if present in any significant quantity, eventually choking them. Your fauna would need some way to expel it from their lungs, maybe l by totally displacing all the gas in their lungs when they breathe out, or by means of an enzyme that binds to it and transports it to the digestive tract. I assume CFCs would have the same problem. Methane won't; it's light.

Edit: I'm guessing that seasons and maybe polar-equator temperature differences get minimised by doing this.

There are many ways to reduce sunlight (as told in other answers):

You may make a wold with low sunlight but the life will not be the same. It may finish at all or may become something entirely different.

Early during this planet's history, its rotation was at a different rate than the orbit of the smaller planet around it. However, its rotation rapidly slowed due to tidal effects. Because the smaller planet is much heavier than the Moon, this didn't move its orbit outward nearly as much as the Moon's. Because of that, your planets have now settled into a long day that is still much less than a month, with each presenting the same side toward the other all the time.

That by itself means that there is no midday sun. Note, however, that the other planet, large in the sky, is as warm as the ground, so the loss of heat into space is also reduced.

Light can also be reduced by other effects. In our solar system, the "zodiacal light" is produced by dust from Mars that extends far away from it. Suppose your smaller planet releases lots of dust due to the combination of weaker gravity, perhaps an arid landscape (all its water and air having escaped its gravity only to land on the larger world), and maybe some extreme volcanic events (maybe it isn't totally tidal locked relative to the larger planet, which would be odd, but we just suppose it originally rotated unreasonably rapidly?). This dust might fog up the local neighborhood and block the light of the star. I admit that's quite a bit of dust, but we have the example of Saturn to suggest that such astronomical phenomena could be highly visible with the right set-up.

God is angry at some atrocity that mankind has perpetuated for too long. He sends warning and then alters physics overnight so that fusion produces 50% less light. There's probably chaos throughout the rest of the universe but most effects except the light level itself more or less cancel out in Sol-like systems. He sent a detailed enough warning that it's basically understood what has happened, at least once reality is acknowledged. People respond by attacking the messenger, probably.

Edit: Just saw the 'science based' tag. Substitute in some undiscovered physics integer constant halving if you really dislike a theological solution. Less satisfying, IMO, but does the job. Astronomers can infer what has happened over a few decades as the night sky changes.

Not the answer you're looking for? Browse other questions tagged science-based environment alternate-reality .

26
What if an Earth-like planet had no axial tilt? (impact on ecosystem)
38
Stumped: How can I get a huge Earth-like planet?
7
What is the expected terrain for an arid highly eccentric Earth-like planet?
4
What would a large and habitable constant twilight zone on a rotating planet look like?
5
Is Earth-like habitable planet with erratic climate possible?
1
Properties of a planet roughly four times as big as Earth
1
At what time of day does the illuminance coincide with that on my planet at noon?
10
What would seasons and daylight be like if the Earth was on an eight-shaped orbit between two stars?
3
How would life develop/adapt in an Earth-like planet but with less sunlight?