If Earth was less massive, with 25% less gravity and an atmosphere scaled down proportionately, how would that affect climate?

Everything else being equal, how would reduced planetary mass and gravity affect the behavior of the atmosphere and the climate?

To put that into perspective, Earth's current escape velocity is 11.184 km/s and 86.6 percent of this is 9.686 km/s. The escape velocity of Mars is 5.025 km/s. This means its atmosphere would be less dense than what it is now, but denser than that of Mars. 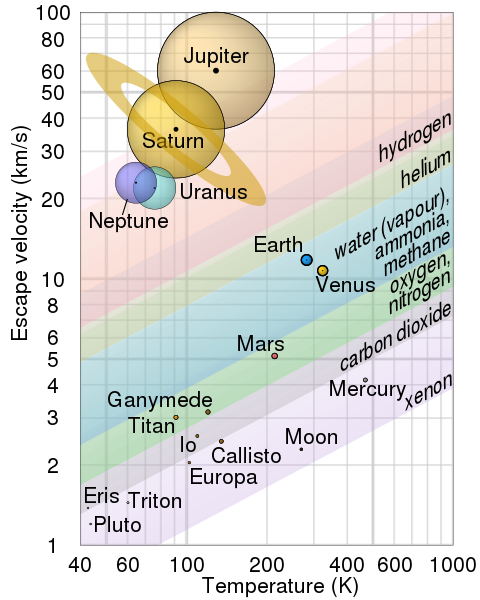 I am unclear about what you mean by the "atmosphere scaled down proportionally"? Is it just the surface pressure that is 25% less than on Earth? Or is the atmosphere's total mass 25% less than that of the Earth's, just as the mass of your planet is scaled down?

If the total mass of the atmosphere is the same as Earth's atmosphere, the surface pressure would be 25% less, since the (gravitational) weight of the atmosphere would be 25% less, similar to the air at altitudes of ca. 2.5 km. At this altitude on Earth, the air is roughly 15 °C colder than at sea level, and so I imagine will the surface of your planet (unless I am missing something; I am not an atmospheric scientist). The average surface temperature of Earth is 14 °C; such a reduction would bring the average surface temperature to just below freezing (since pressure doesn't change freezing temperatures much). Much more of the ocean will be permanently frozen, and winds (which are driven by heat) will be less strong overall.

If the total mass of the atmosphere is 25% less than Earth's, the surface pressure will be 44% less than on Earth - roughly the same as on a 5 km mountain top on Earth. By the same argument as above, that will make surface temperatures roughly 32 °C colder than on Earth, or down to -18°C. Even Nuuk, Greenland, is warmer than this in winter. This will make for a much colder planet, with only equatorial regions being habitable.

2
A World Without Gravity and How it Would Work
6
How would lower gravity affect motion?
7
How would a thinner atmosphere affect climate/weather patterns?
2
How would fast rotation affect gravity?
4
Worldbuilding & Climate: How does the sun affect a simple sphere with atmosphere?
4
How do you get a thick atmosphere with less than earth-like gravity?
1
Controlling personal gravity – how would it affect a warrior's combat style?
2
What effects would a higher gravity have on my world's geography and climate?
2
How might a lower gravity planet sustain a warm, earth-like atmosphere?
5
How would differing gravity and atmosphere density affect aircraft?