What physical effects would 3000 years have on the physiology of humans on Mars?

This is my first ever question on here.

I've seen a few posts on Martian physiology but since the answers on here are answered so well and by so many I thought I'd be more specific.

How would human physiology have changed over 3000 years, providing biomes to replicate Earth's atmosphere?

3000 years is practically "earlier this morning" in terms of biology and evolution for humans. 3000 years is about 90 generations. It's not enough time to have significant changes in physiology: we are still the same as the ancient Egyptians or Mesopotamians, and it has been more than 3000 years ago.

As it was commented in this other answer of mine by Jdunlop:

The Inuit probably developed their layer of subcutaneous fat over the time from the last ice age to the present - about eleven millennia.

For a true human example of evolution over a few thousand years, evidence the teeth.

The Shape of the Matter Over the course of the last few thousand years, the human jaw has changed shape dramatically. One of the broadest trends has been a steady decline in the size of the jaw. From around 35,000 years ago to about 10,000 years ago human jaws and teeth decreased in size by about one percent every 2,000 years. For the last ten thousand years, that pace has increased to roughly one percent every 1,000 years. In pace with our shrinking teeth and jaw, the structure of human teeth has changed as well, as thickening enamel and adaptations in technology have cut back our reliance on strong, well-ordered teeth.

Cooking has had one of the largest effects on the development of human dentition. In the distant past, when much of our diet was raw fruits and vegetables, we needed strong and straight teeth. These helped us push our way through the tough, large particles that made up our diet. Cooking has reduced our need for this ability dramatically. At its simplest, the primary goal in cooking food is to break down tough fibers in meats and vegetables, rendering our meals proportionally easier to digest. As a result, the evolutionary pressure to keep our teeth well-ordered has dropped away.

Another example of subtle human changes over time is height.

“Over the past century adult height has changed substantially and unevenly in the world’s countries, according to research published in the journal eLife.

Authors found that people from central and southern Europe, as well as East Asia, grew taller in the last 100 years. Meanwhile there was little gain in height for people from sub-Saharan African and South Asian nations. A few countries experienced decreases in their average adult height after years of gain.

Researchers found that Dutch men, at 182.5 centimeters (about 6 feet), and Latvian women, at 170 centimeters (5 feet 7 inches), are the tallest in the world .

Men from Timor-Leste, at 160 centimeters (5 feet 3 inches), and Guatemalan women, at 149 centimeters (4 feet 11 inches), are considered the shortest.

There would most certainly be changes due to the Martian environment. I would suspect that over 3,000 years, the differences would be small but significant.

And I suspect the changes would have to be more about gene expression and epigenetics than genetic mutation. Existing but unused, unexpressed genes in the human genome would be expressed in a different manner, due to environmental pressures.

While the genome is fixed, the epigenome is much more dynamic. Epigenetic modifications would allow individuals to quickly explore an adaptation to a change in the environment, without “engraving” this adaptive change into the genome. The challenges of epigenetics concern not only medicine and public health (see Epigenetics, the Genome and its Environment) but also evolution (see Theory of evolution: misunderstandings and resistance). Indeed, it casts suspicion on the environment that could modulate the activity of some of our genes to modify our traits, or even induce certain diseases potentially transmissible to offspring. Clearly, the Dutch famine of the winter of 1944-1945 shows that permanent changes have occurred in the genetic heritage of the women who were pregnant at this time and then passed on from generation to generation. This would mean that the trauma also affects the germ cells (sperm and eggs), the only biological link between generations.

I would not expect major physiological changes over this period, but I would posit instead a myriad of subtle changes that, because they are dependent on existing genes in the human genome, and in the unknown Martian environment (it depends a lot on how much Humans adapt that environment) the changes are are unpredictable.

The issue is also compounded by 'selective migration'. I would expect that those who migrate to Mars would be a unique sub-set of the human genomic code. The entire colonization of Mars would be beset by complications and hazards, with a unique selective process. Humans that can survive the trip and the colonization experience, survive. Those that don't, either die or return to Earth. The genetic makeup of Martians over 3,000 years would be very dependent on the genetic makeup of the first thousand or so colonizers, who would have been subject to extreme 'self-selection' criteria. 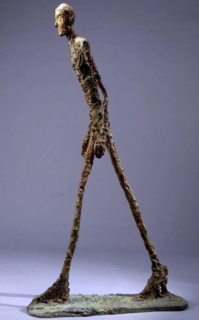 We know astronauts in zero gravity have their bones and muscles reabsorbed. Once they get back to Earth gravity they are frailer than when they started.

For the low gravity of Mars we should expect a less pronounced version. Some bone and some muscle will be reabsorbed or simply not grow in the first place.

Gravity is the main difference since you say the environments are otherwise designed to match Earth. Though it would be interesting if 1000 years in the ideal environment for the lanky humans was slightly different. The new environment could encourage further mutations.

Is refuted long time ago. Giraffe does not grow taller because it wants leaves higher up. Small giraffes die from starvation.

Specie must let their members die, a lot, a whole piles of body, every second creature must die, or at least be stopped from reproducing, for it to have any significant evolutionary effect in this timeframe.

People dont let each other die, and dont try to make others not reproduce. Well, in a perfect world at least.

Who will die on mars? People who break chain of command, act reclessly, take unneeded risks, practice extreme sports. Those traits may be slightly reduced, but still, even in extreme case, these traits have almost zero effect. These people also reproduce faster, that offsets the negative side of this behaivor.

People would be generally less muscular and have less dense bones due to growing up in lower gravity, but other than that, it's hard to say.

3000 years, which amounts to 30ish generations is plenty of time for genetic adaptation, but conditions other than gravity would likely be a major factor in reproductive fitness. For example if people have to live in cramped spaces, shorter people would have a clear advantage. As in they'd obviously be less likely to get injured, but also are just generally more successful and productive in their everyday lives, hence more popular and more likely to have offsprings.

Also traits that are completely incidental might become wide-spread. For example, suppose that some early red haired colonists had some genes that make them healthier in the Martian environment (e.g. they don't get scurvy as easily or some such thing). That gene would quickly become wide-spread in a few generations, but so would the alleles that cause red hair and Martians would be more likely to be red-haired than Earthlings.

Besides gravity, one thing that's different on Mars is that it doesn't have a strong magnetic field like Earth. Thus Martians would be constantly bombarded with way more radiation. Resilience to cancer due to radiation would be a highly adaptive trait, even if it would be accompanied by some adverse genetic condition.

Basically, you can just make some stuff up and come up with some plausible excuse for why the Martians have evolved to be different.

3
How would human body evolve on a super-habitable world?

5
What are the minimum set of physical characteristics to define an Earth like planet?
13
Redesigning the human body to flourish on a high-gravity world?
11
Why would War Of The Worlds happen?
14
Building a Giant Spider
10
What would seasons and daylight be like if the Earth was on an eight-shaped orbit between two stars?