What arrangement of celestial bodies would allow high and low tide to last for the longest time?

I want to create a planet that has the longest possible length of time that the tide is low to allow land animals to forage in the exposed shoreline ecosystems.

What arrangement of star, planet and moon sizes and distances or other factors would allow a habitable earth-like planet to have the longest period of high and low tide?

planets tides
Share
Improve this question
asked May 19 at 21:49

Our moon travels around our planet and causes the tide as it goes pulling the ocean towards it. A smaller high tide occurs on the far side of the moon. 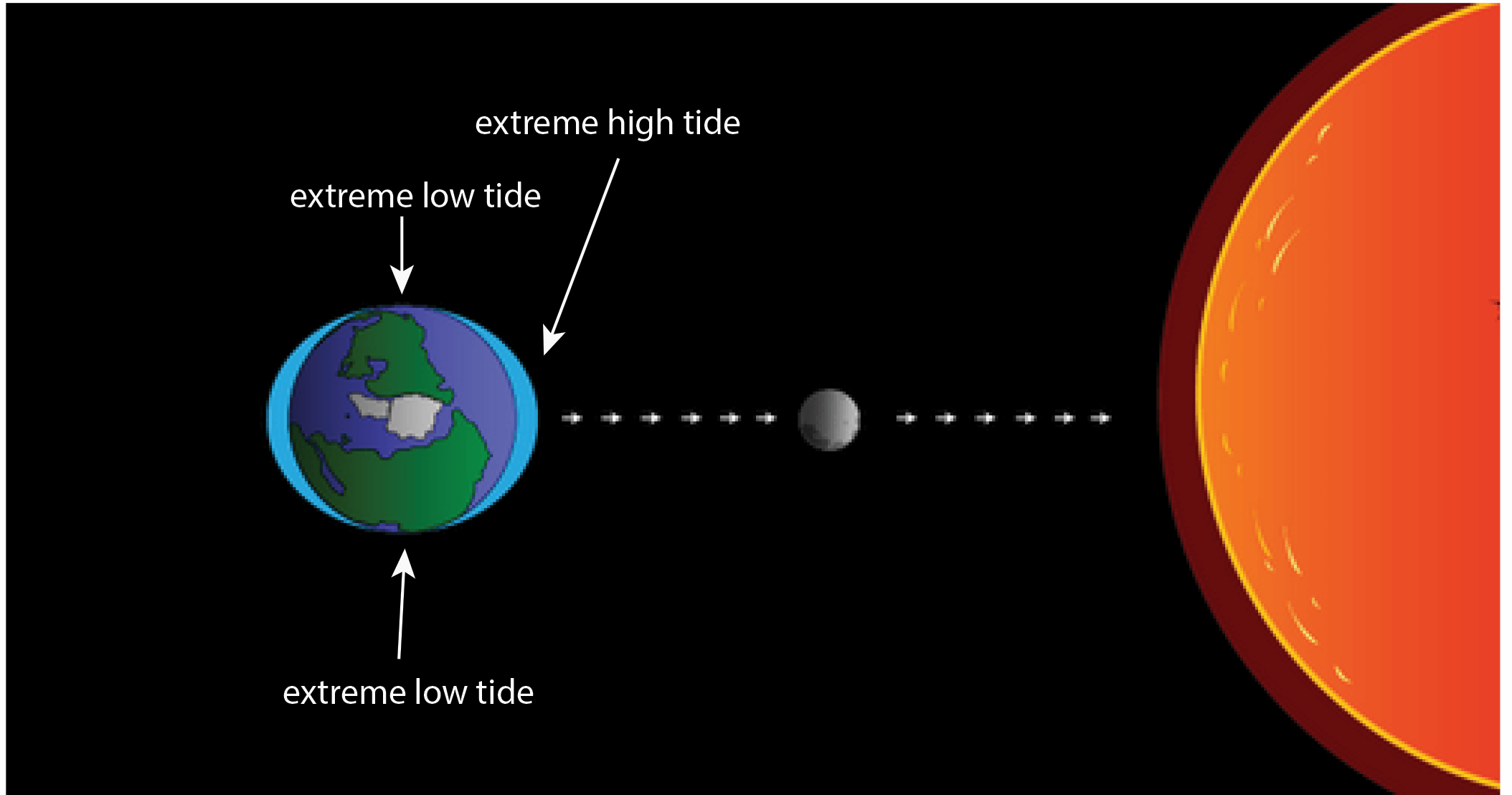 Your planet is the moon of a gas giant. As it travels around its giant, the giant pulls the ocean towards it in a serious way. Your planet is almost tidally locked, rotating to face the giant in sync with its orbit around it. The same section of planet faces the giant for long periods of time.

Eventually your planet will be tidally locked and the high and low tide areas will be more or less fixed, changing only because of the more distant effects of the star. But it is not quite locked. The planet still rotates very slowly and so the high tide and low tide very gradually move across the latitudes.

If you have a moon exactly in a stationary orbit, the tides will not move... which means they might as well not exist. But if it's just a little bit higher or a little bit lower, then the tides will move very slowly--as fast as the moon appears to move relative to the ground. By adjusting the moon's altitude, and thus its orbital period, and more specifically the ratio of its orbital period to the planet's day, you can get the tides to move as slowly as you want (and thus for peaks and minima to last as long as you want), along with arbitrary day lengths.

You could try something more earth-like, starting from Earth and Moon configuration, by playing with these factors:

Not the answer you're looking for? Browse other questions tagged planets tides .

4
What would be the effects of an Earth-like planet with a longer year and longer lunar orbit?
7
What kind of planet would have a “megamareal” tidal range?
22
Reality Check: Habitable moon around earth-like planet
6
Almost tidally locked to moon and the tides it would create
6
What are the circumstances in which swamps or everglades can have dramatic low and high tides?
1
Finding the size of tides
7
Co-orbits and Tides
10
Tides with 3 Largish Moons
5
Landmasses on a planet with enormous tides
6
What would be the longest possible tree?