Clothing against the wind

They have a Bronze Age-like technology with a strong, well-organized feudal power. The materials available are from animal origin (mostly wool, leather and bone). They live in houses dug in the sheltered side of hills and mountains, in a tundra ecosystem with little vegetation and few geological features. They do not have magic of any kind.

What kind of clothes would they wear to travel between locations? Tight clothes so they can walk in the wind? Or baggy clothes that could take advantage of the wind and help them move, like ship sails?

I would like to hear your answers, and please tell me if something is not clear. Thank you!

I live in exactly such a place - you could have taken these numbers from my monthly weather report. It is also moderately cold.

The wind is exciting the first few times, but it's honestly not such a big deal. A simple leather motorcycle jacket works very well to break the wind. Canvas "work" pants with tightly woven fibers also work well. Loose fiber cloth (so basically any generic "normal" clothing) is pretty bad - the wind cuts right through, and no amount of layering helps.

In your example of a bronze age culture, their best bet would be leather. I'm not sure how tightly fabrics were woven historically - but I assume sailmaking would have developed the technology for it. A single layer of that would be good enough in the conditions you describe - probably something that's almost the thickness of your average pair of jeans (so not super thin like a silk blouse). But you don't need to go overboard with super thick fabric.

Among people in such a place, hat strings would almost certainly be very popular :). Also, after a quarter hour or more, the wind can really dry out hair, eyes, lips, nose and the rest of your face. It's not exactly a hazard (unless you're a beauty model) but it is an inconvenience. So various masks, gloves and visors would be popular accessories (also helps with snow and dust). Or perhaps they like to use creams, oils and waxes to protect their skin. One imagines that royalty might travel in covered palanquins, and lack of wind-dried skin might mark one as upper class, similar to lack of suntan in some cultures.

Something I notice is that once you bundle up in some kind of tight overwear (leather or canvas), even if it's not very warm, you suddenly feel warmer because a significant wind chill factor has been eliminated. I'd say the wind can easily make it feel 5-15C colder. So when you put on the jacket it suddenly becomes much warmer. This is where zippered vents are really nice. I don't think historically such things were common, but perhaps in your case people would have all sorts of slits on their outerwear that are fastened by buttons or laces, and can be partially opened to cool off.

Clothing will be heavy duty

You would in most places see thick layers of furs like those used by the Inuits since staying warm will be your biggest goal, and all other goals would be secondarily achieved.

However, no planet has just one climate. People living closer to the sub-stellar point will enjoy much more warmth than those living under less direct sunlight; so, this region may not be a tundra at all (just very windy). These people will likely still opt for full body clothing to protect themselves from the harsh winds, but thinner so they don't overheat. They will likely see going out for a walk in the open as a something that needs safety gear, like we do with bicycles and motorcycles, so I'd expect at least parts of their body to be protected by leather or rawhide protection.

Bone or tusk helmets (like those used in the Mycenean Greek period) or maybe turbans may also be a common precaution against being stuck in the head or knocked down. Also, if they can find a way to protect their face and eyes, that would be expected too. 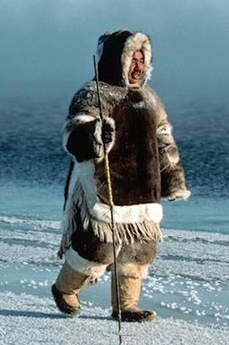 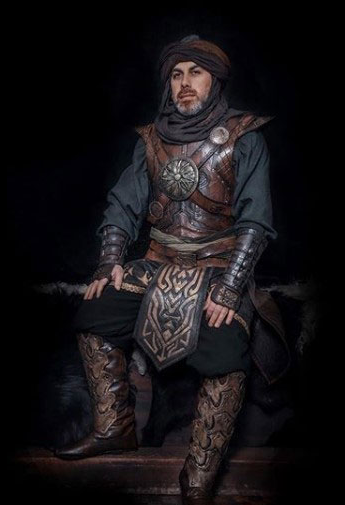 Let's start with the nature of the winds themselves. Yes, they'd be faster, and we can ignore that, but there are a few useful bits you could get fun ideas from. They just figured out that Venus's winds are so strong that they actually abrade the planet to counteract tidal locking. This is why it has negative rotation and a day longer than its year. The motion of the planet, plowing headlong through the solar wind, created a slight bias that induced a single planet-wide hurricane where the winds circle the planet every four days.

Ok, enough fun facts. Even if it doesn't make the planet rotate, it would create a reliable east-west bias of the winds, which would impact both architecture and transportation.

I would guess that wind power was the target of most of their transportation needs. They would have figured out tacking shortly after they figured out cloth, so they'd have windward roads that went straight and widdershins roads that zig-zagged. Boogie boards would be their equivalent of walking sticks.

Thus, their clothing would likely be adjustable so it could be tied back when traveling into the wind and let loose when they were making use of it for propulsion. The looseness of the clothing wouldn't be as important as the stiffness. You don't want clothing that flaps because that induces drag in random directions and will eventually damage the cloth.

Also, fur would be abraded off of the outside over time, so you'd want the fur on the inside for most purposes. This makes it harder to be heavily insulated due to mobility issues. Smooth, stiff surfaces would dominate.

Goggles would be non-optional, as would cloth over the mouth and nose. This is another area where they would see advanced innovation. Hats would be non-existent because you don't need them indoors, and you can't keep them on your head outdoors. So tight-fitting hoods, head-wraps, skull caps and helmets would be common.

The flora and fauna of such a world would evolve to adjust itself to the conditions you describe. If your People did not evolve in the same environment they would, as did we, harvest the local resources to allow themselves to live on this world. Else you may need to think of a reason why they are not naturally equipped to.

I can imagine creatures like turtles with gripping feet that hug the terrain and shells that allow the wind to flow over their hard domes. Perhaps mammoth like animals with soft dense fur beneath but coarse thick fur on the outside. Plants, with heavy leaves and thick skin more rubber like but slick that let the wind channel over them, or large petals that grow on one side shielding the more delicate parts on the leeward side but still exposed to the sun. Insects that weave protective nests resembling silk.

They wear baggy clothing that's wrapped tight around them and bound with cords. This has the benefit creating extra layers of insulation while reducing drag from the wind, and prevents the need for specially tailored, tight-fitting clothing for each different body—especially helpful for growing kids.

In the event they need to move downwind quickly, especially in emergencies, they release the cords and let their clothing catch the wind. For less experienced people, they slide along the ice and tundra—some on small bone sleds they carry for that purpose. More experienced people can stay upright, crossing large distances quickly in leaps and bounds.

This is known as running the wind.

Clothes slow them down. They need to move fast. No shoes either. They tie their hair back.

From the movie "The Fast Runner" 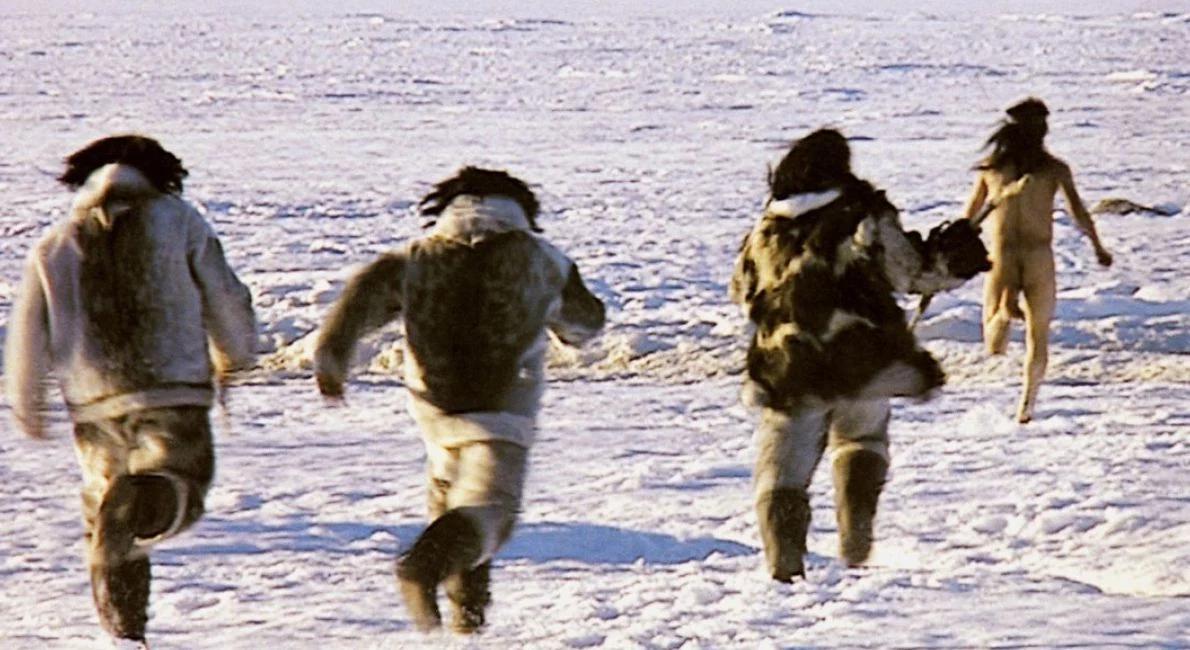 Not the answer you're looking for? Browse other questions tagged climate weather travel clothing .

6
Evolution of flying animals on a windy planet

1
Clothing requirements for people with enhanced speed
12
How can a remote planet with little to no sunlight have high wind speeds?
6
Surface Clothing for Merfolk
7
Could a planet have a single source of wind?
12
How do you develop global wind patterns for your world?
18
Lycanthropy & clothing
5
Living on a Windy Rainless Hemisphere
4
Clothing With Magic In Mind
3
Climate on a slow spinning planet
7
How do I design clothing for nomads?