Where is the best place to trick a vampire into "crossing open water"?

Vampires in my modern-day urban fantasy setting, to varying degrees, have a weakness to both sunlight and open water. The celestial energies Earth radiates out from its core take on different properties depending on what non-gaseous material they last passed through. If it was more than three feet of liquid water followed by less than three feet of any other non-gaseous matter, it will be as if a vampire were standing in direct sunlight. And depending on the strength of the vampire in question, exposure to sunlight or open water alone ranges from debilitating to dangerous, and both simultaneously is outright lethal to all but the most powerful vampires on earth.

These rules, you may notice, still leave a vampire vulnerable to underground sources of water, as long as the water is deep enough and the ground between them and the water is thin enough. Which leaves open the interesting possibility that vampires' enemies might take advantage of this to take recently-turned vampires by surprise and trick them into walking into an area they don't realize qualifies as "open water".

But of course, doing something like digging a moat and putting a tarp over it or things of that like would be fairly obvious. What I'm interested in is what sorts of pre-existing parts of modern-day life are already dangerous to vampires, and could likely catch a vampire off-guard even when they know they're supposed to steer clear of open water.

What location in a modern-day society would a new vampire be most likely to not realize qualifies as standing over open water?

cities vampires infrastructure
Share
Improve this question
asked May 16 at 0:35 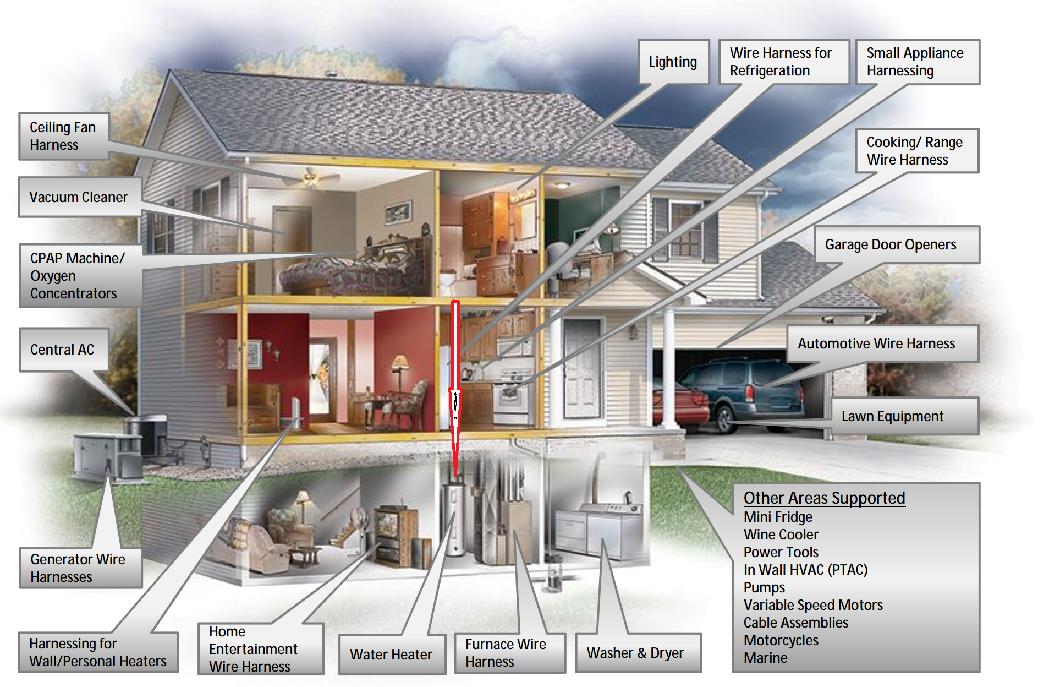 Sucko the New Vampire is reading War and Peace on the potty, as is his wont. Little does he know that directly below and separated by only 6 inches of pressboard and linoleum is the 5 foot tall water heater. When the first rays of the rising sun peep through the bathroom window Sucko will learn the hard way!

How many bridges are more than three feet thick? Parts of them are much thinner, but the bridge seems very substantial. Driving over a bridge with a fairly modest river beneath is lethal. This is especially significant to lift bridges, where the road bed is an open lattice of metal grate over water. That train trellis looks solid, but there is almost nothing at the center of each frame. Better not get on a plane - there might be less between you and that river 30,000 feet below than you think.

That drain pipe has never been an issue before, but flooding means the thing now has three feet of water at the center. Ouch! Normally safe bridges can become deadly in the spring with increased water flow.

Even walking over the wrong manhole cover could come to bite you.

Crawling around in an old basement sounds safe, but 20 years ago they capped a well with six inches of concrete. It looks like the floor, but with a deadly surprise.

Pipes are thin, and old buildings may have plumbing going up in places you don't expect. Suddenly, a half-inch diameter pipe going straight up 20 feet swerves in the floor beneath you. You lean over the sink, perhaps, and the pipes come straight up beneath. Not to mention that clogged drain that normally goes straight down 10 feet, but now is backed up with a five foot column of water. Even standing in a room directly over someone taking a shower could be hazardous. The shower pipe fills, or even a five-foot stream of water pouring right down at the wrong moment...

A frozen pipe in the winter starts filling the basement with water. With a clogged floor drain, it fills the basement higher - higher - a bit more.

My grandparents had a big, usually empty water tank filling up the room beneath their front porch. Fill it with 35 inches of water. Then, after a vampire walks through, add a couple inches. I swear I just walked through there...

These are often very shallowly buried in people's back yards, so they're not visible from the surface, but if you know where they are, you can trick a vampire into standing on top of one without knowing. They easily may contain over 3' of water (and sewage and other gross stuff). This water eventually seeps into the ground water, but you can fill it up quickly by turning on all the showers and sinks and flushing the toilets a bunch.

This obviously depends on it having rained recently, but many people in cities walk over storm drains all the time without even realizing it. Sometimes it's just a cut underneath the curb, and the water fills up a basin underneath the sidewalk. If you're walking on the sidewalk, you wouldn't even see the curb cut from that angle, as it's only visible from the street.

Crossing open water is a reference to the collapsing of liminality. In the case of rivers, the river is a liminal space (specifically I'm thinking of Gaelic superstition, although we do not have vampires as such), and to some traditions vampires have more power when they are in a liminal space like crossroads, traditionally, because they are also liminal beings (so, crossing them symbolically collapses their ambiguous not-dead-but-not-alive contradiction). So what other forms of liminality are there in urban environments? Bus stations, for one, airports and hotels, intersections... Depending on your take vampires might have more power in these areas but getting to their "other side" also forces them into one side of "is this thing dead or alive?".

To your question, I'm not sure if water heaters are a liminal space, but sewers certainly are. Tricking vampires into climbing through a service opening or getting to a sluice could work if you wanted specific water-based trickery.

Few vampires realize (and those that do, the realization will last only a few seconds before bursting into flames) that it is not just crossing over the water, but anywhere close to the water, perpendicular to the gravitational gradient - i.e. crossing under open water counts as well.

Having realized this, your vampire slayer takes a group to an iconic walk through the Vale of Llangollen in Wales. Passing under the bridge that happens to carry the Llangollen Canal over the valley. Of course, this assumes the vampires are not familiar with the local geography. 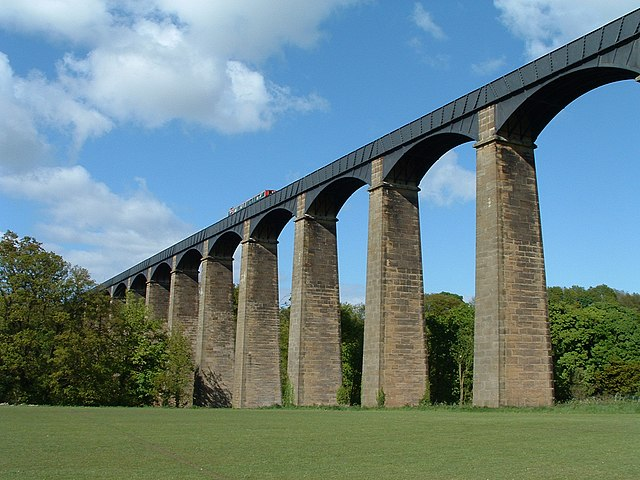 Image courtesy of Wikipedia. Note the ship sailing above.

Did you know, that the sewers and rain drainage canals under a large town are more than 10 feet in diameter? In heavy rain, a 10 feet pipe can fill up to the 8 feet mark without problems as these tunnels guzzle the rainwater and try to get it to the rivers. They lie under the roads and pass through all areas of town. In many areas, the rainwater drain tops out at less than 3 feet underground with its crest

The enterprising vampire hunter uses this knowledge and goes to stalk their prey when it rains heavily and knows at which places the pipes are clogged enough to fill to a point that the 3 feet of flowing water are reached. They then hunt the vampires into the junction of such channels.

If they are particularly nasty, they could even deliberately channel river water into the rainwater drains or use shutters to flood certain areas of the tunnels. The flooding of those canals will easily lay traps. However, rainwater is even more effective: it comes from the clouds which have been exposed to sunlight just over the horizon - or already are in the sun, making the canals even more deathtraps.

Note that under the rules presented, just lazily trickling any river water into the tunnels of both sewer and rain drainage during the daytime will kill all vampires hiding in or under them just as surely as it will eradicate vampires hiding in auxiliary constructions to the sewage systems.

In the Low Countries, many expat vampires get killed when they try to cross a pond or canal covered with Lemna (Eendenkroos) because it looks so much like grass.

Have a look at: https://en.wikipedia.org/wiki/Lemna and

Not the answer you're looking for? Browse other questions tagged cities vampires infrastructure .

20
How much blood does a vampire need?
94
Why would vampires be incapable of entering a non-vampire human’s house uninvited?
7
Evolution of Vampire Zombie
12
How do vampires react to passive UV light sources?
23
Where could a vampire get blood without harming people?
15
How can my vampires hide in public?
6
How Can Vampires Obtain Donors?
2
Hiding Vampires In Plain Sight
1
Loopholes of Imperi
16
Why would vampires sire vampires of lesser blood than they have to?