What would be the optimal atmosphere for Earth's life and humanity?

Obviously Earth's atmosphere is just fine for life it, but is there a possibility of one composed of gases that would make life have an easier time living? If yes, what would it consist of?

I have a rough idea of something along those lines:

-around 30% Oxygen concentration- below 0,5 bars of partial pressure, so that humans won't get intoxinated, but still would be able to breathe more efficiently

-Carbon Dioxide concentration between 0,5% and 0,1%- to let plants generate more energy via photosynthesis

-higher concentrations of water vapour- due to higher temparature and atmospheric density, more water vapour could "fit in", allowing moisture to get transported further inland than on Earth 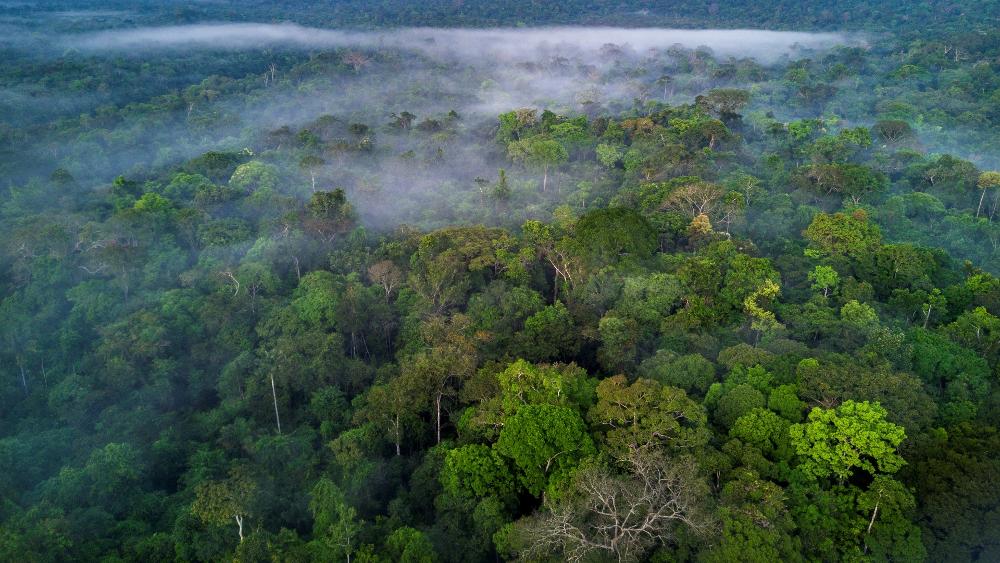 The rainforest is full of life. Let's crank up the heat and humidity and go back to a planet covered in primeval jungle.

Rainforests like the heat. Raise greenhouse gas levels to up the temperature. Sea levels will rise and wash away those pesky humans. But life finds a way.

That much CO2 is going to create an amazing greenhouse effect, roasting any life you will have on Earth.

More generally speaking, there is no proof that higher CO2 concentration is beneficial to plants, else we should have already seen it since the start of the industrial revolution.

And, as you said, life is optimized around the composition of our current atmosphere. Changing it is going to screw up somewhere.

Not the answer you're looking for? Browse other questions tagged science-based biology atmosphere .

7
Consequences of Earth-like planet with denser atmosphere
24
What effect would liquid sulfur oceans, sulfur dioxide in the atmosphere have on visibility, sound propagation and other environmental information?
6
Vacuming out the dust from prehistoric Earth's atmosphere
4
Would this type of atmosphere be suitable for human life?
6
If Earth's atmosphere were to be enclosed, what effects would what have?
4
A weapon to rapidly change the Earth's atmosphere
20
What is the maximum viable speed for a projectile within earth's atmosphere?
5
Flammability in denser atmospheres: is it a serious problem?
6
How would huge chunks of floating land soaring the skies really fast affect my world?
2
Appearance of an Ammonia World's Atmosphere