Is this an accurate environment for life on a super Earth speculatively?

My alien planet is a super Earth. It revolves around a K-type star in the habitable zone and has a lower gravity. The mass is that of 2 Earths(or how ever superearths mass normally are).The atmosphere is similar to present Earth's and the Carboniferous Period (I used these for inspiration when coming up with the atmosphere).

The atmosphere of the planet has 25% oxygen to avoid global fires. Argon is 0.92% and nitrogen is around 65% and there's like 0.1 percent of other gases like carbon dioxide,methane and water vapor. The average temperature is between 59 and 49 degrees Fahrenheit. The average humidity is around 57%(this leads to a warm wet climate right?)while the highest could be around 60° on a hot season, but it's not 60° the whole planet.

Here's an image of the continents : the giant one in the middle is in the equator and the one above is higher above for snow. 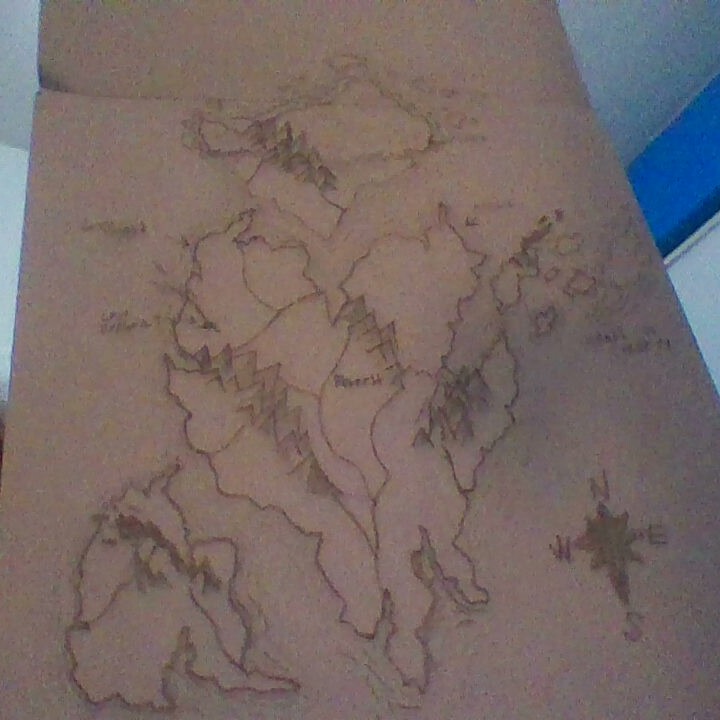 Does this mess up my plan for mega fauna and mega flora? Because that's what I plan to have on my planet. For those wondering what the environments are on the planet I will put the link to my question about my planet biomes here : Is my environmental map consistent?

There are a number of issues.

It is possible to have a planet with twice the size of Earth and a lower gravity, but it requires the radius of the planet to be at least 1.45 the radius of the Earth. You didn't specify how much lower the gravity would be.

With twice the mass of Earth and a radius of 1.45 that of Earth, the gravity would 9.34 m/s2 compared to 9.8 m/s2 for Earth, which is just lower. The escape velocity for such a planet would be 13.135 km/s, compared to 11.184 km/s for Earth. This means the planet would most likely hold the composition of the atmosphere that you are proposing. The one problem would be the average density of the planet. It would be 3.618 g/cm3, compared to 5.514 g/cm3 for Earth. Mars has a density of 3.93 g/cm3. Compared to Earth, the planet would be depleted in heavy metals, particularly in its core, which then raises the question, would life be able to form on such a planet?

If the both the planet mass and radius are twice that of Earth, the escape velocity is the same as Earth, so your proposed atmosphere is still okay. However, the gravity drops to 4.91 m/s2, which is more than the gravity on Mars at 3.7 m/s2. However, the average density drops to 1.379 g/cm3 which is very similar to that of Umbriel. Such a density would imply it is composed mostly of water ice, so your planet would not have life on it.

This has been added after comments from the OP.

If the planet has twice the mass of Earth and had the same gravity as Earth, then I think it could work.

There was a time in the Earth's history where we had a lot of large animals. Look:

Your world is like the prehistoric Earth. It is believable you have big animals too.

There is no need to worry about the exact atmospheric content. Just say "It's like the Carboniferous but different" and get on with writing it.

Not the answer you're looking for? Browse other questions tagged reality-check planets climate atmosphere weather .

0
Is my environmental map consistent?

1
Low bio-diversity, high oxygen : implications for development of tool-using life
6
How would this super-earth world be? (Creature evolution)
6
Super earth habitability
5
Life-supporting climate for an organolithium planetary environment?
1
Is My Oceanic Super-Earth with steam/water vapor atmosphere plausible?(Closed)
2
Too much oxygen and not enough carbon
3
Could the differences between day and night on this desert planet allow for strictly nocturnal condensation?
5
How would this atmosphere change the way weather works and therefor biomes
6
How un-dense could a super-duper-Earth be if that super-duper Earth was bigger than Neptune?