If Earth had a smaller radius, but was rotating at the same speed, would its day be shorter?

I want to make a hypothetical planet that is 26% the mass of earth, with 64% the radius. Because I want a relatively short day to keep temperatures more stable, but I don't want a super fast rotation that would dramatically affect the weather, I'm wondering if I just kept the rotation speed the same as Earth, if the day would naturally be shorter by virtue of the planet being smaller. Not sure if this is a dumb and obvious question.

The length of the day is strictly a function of the time earth takes to rotate. If your planet takes 24 hours to rotate then regardless of its radius, it will have a 24 hour day.

You can develop an intuition for this yourself by imagining a coffee cup and a dinner plate. Mark a spot on each of them. Put the cup on the plate with the marked spots in the same place. Note how when you turn the plate the cup turns at the exact same rate. Note how it takes exactly 1 turn for the marked place on the cup and plate to end up back where they started. If that spot was high noon, and a rotation was 24 hours, then there will be 24 hours between high noon on both the cup and the plate despite their different radii.

Just above you have two planets, the biggy, earthy one and the little one you're making. I added Snakeybot the light green square and Doomy the dark blue one standing respectfully on the big and small planet to see the planets' rotation. As you can see, both falls into night and wake into the sun at the same time.

The model has some simplifications we have to remember : First I supposed the light was coming in straight lines. In real-life, you'd have a very, very little deviation angle. Not even big enough to see a single pixel move in my image. So we can move that away.

Then, there is an atmosphere. I'm not well-versed enough on this matter to have very accurate guesses, but it should be relatively minimal : sunlight can travel quite some distance under Earth atmosphere before it's dissipated, and the light deviation due to it traversing a medium should be constant, regardless of the height of the atmosphere. If the air was very dusty though, you'd get the feeling of earlier nights on the big planet with the big atmosphere especially near the poles, as light will get absorbed by more dust before reaching you.

Moreover, planets are not perfectly round. First they're more squashed on the poles, but more interestingly they have mountains. This has a slight impact on when you have sunsets or sunrises. If Snakeybot and Doomy the squares were mountains, you'll see that people standing on top of them will have a little more suntime, and people behind them will be in the dark earlier. On Earth you can lose a good 30 min to 1 hour of daylight by living in enclosed valleys. Here's what it looks like :

Sunlight will be less affected by green Snakeybot's presence than with blue Doomy, whether you stand on top of it (more sunlight) or behind it (less sunlight). This however make two important assumptions : the mountains are the same size, and they're like, gigantic (closer to 100-200km than 8km). The effect of correctly sized-mountains would be much smaller, or even non-existent if the mountains are scaled down, too!

What can we conclude?

Changing the size but keeping the turn rate will have no meaningful impact by itself. You'll do have to increase its rotation speed at some point to have shorter days.

Don't fall in despair though : Atmospheres are heavily influenced by many other factors. With some tweaking in landmasses, atmosphere composition, air temperature and so on, you could perhaps get shorter days with about the same weather behaviour.

Depends on the measurement of speed

V is the speed on the surface. It is defined as $\vec v=\vec \omega \times \vec r$, where r is the radius. Smaller earth has smaller surface velocity. Because the vector v and the rotational axis are orthogonal to one another at the equator, the formula falls into $| \vec v |= |\vec \omega| |\vec r|$ there. So the surface speed goes down, due to the radius going down.

$\omega$ is the rotational speed of a body, measured in rotations per time. It is the inverse of the rotational period $\tau=\frac 1 \omega$, the time it takes for one rotation of the body.

By shrinking Earth, you actively alter the Coriolis force on items, which is by the speed compared to earth's surface, which of course is different since we have a different speed of the surface: $$\vec {F_C}=-2m (\vec \omega \times \vec v')$$ 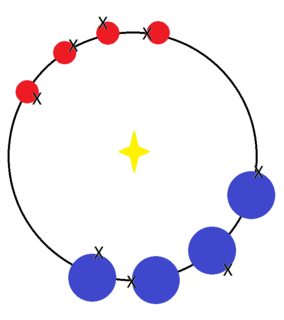 You can have small planets with day length the same as larger planets.

All that said and drawings drawn I am not sure speed of rotation has a direct relationship with weather.

If you spin the ball to do 25 rotations per second, then it will do 25 rotations per second, and the length of each rotation will be 0.04 seconds. Nothing fancy about that. And the good news is that any speed here is permissible. Just spin it as fast or as slow as you want, and in the vacuum of space it will keep spinning. So you can really set the day to be as long or as short as you want it to be.

Mind you though that faster spinning speeds result in a larger centrifugal force and thus the apparent surface gravity will get smaller. For Earth this centrifugal force is fairly small, but for your planet it might be a bit more noticeable. Best double check.

Now, orbital mechanics are different and the mass of the planet affects how far from the center (star) and how fast it will be going (well, if you want it to stick around that is). This would determine the length of your year as well as how hot the planet will be (the latter also depends on the size and type of the star). This is the real thing you should be worried about. This is what makes many such quaint hypothetical planets nonviable. Unfortunately I don't know enough about the topic to help you here.

As mentioned in other answers, the length of the rotation would not change.

However, if you mean "daylight hours", that's a bit different. The "lit" side of the planet depends on the surface exposed to the sun/star. For a basic model, we can model the sun/star as a point light source. Then we draw tangential lines to the surface. 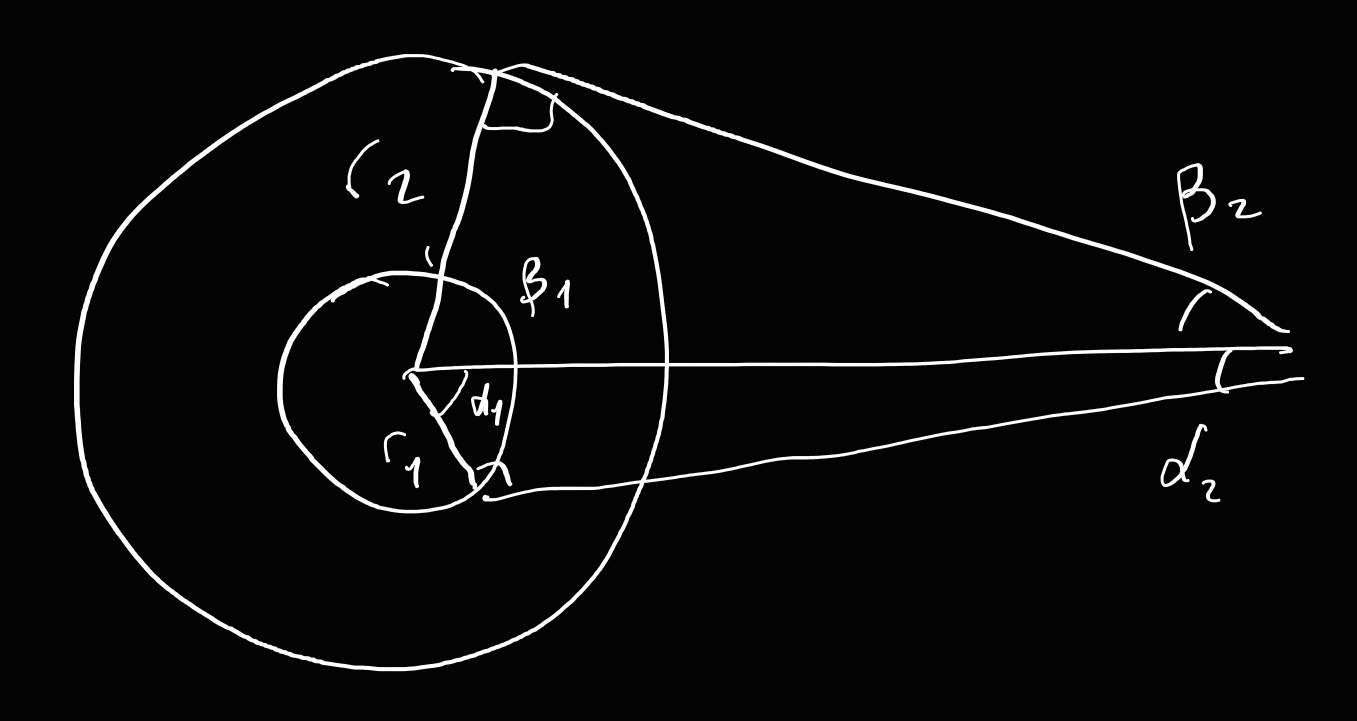 Basically, the smaller your planet, the more of it will be illuminated at any given time. If you planet is reasonably distant from the star, then the change is negligible, but it is there - you may have a couple seconds more daylight.

Not the answer you're looking for? Browse other questions tagged astrophysics day-night .

10
How would humans be affected by a 12-hour day?
6
How To Make an Earth with 27 Suns Work, Attempt Two: Orbital Stability
9
Determining Planet rotation period that would allow for global Wind Cell
5
Under which circumstances could a planet have two visible suns?
19
I want ten Earth-years long day on my planet. Can I have it?
4
What is the ideal day length for extreme weather?
3
How would a planet's (human) life adapt to inconsistent night duration?
3
Climate on a slow spinning planet
4
How big can a whirligig/planetcake get while still maintaining human-survivable gravity at its equator?