My creature mixes lye and sal ammoniac to cool its blood. How cold can its blood get before it stops working as blood?

According to chemistry-reference.com, there's a chemical reaction that uses up a mole of ammonium chloride/sal ammoniac, a mole of lye/sodium hydroxide, and 30.56 kilojoules of energy to produce a mole of water, a mole of salt/sodium chloride, and a mole of ammonia. In other words, I only need a single mole each of lye and ammonium chloride to cool more than a minute's worth of pumped blood by 1 degree Celsius - as a matter of fact, we can probably cool the blood as much as we want, since the reaction really doesn't need much of this stuff in order to function - the primary problem is venting the ammonia waste product.

A creature I'm working on takes advantage of this. Right before its blood vessels feed into its heart, a web of them - a rete mirabile, or, in technical terms, a cooling jacket - wraps around a biological chemical reactor within the creature's body, which is where this reaction occurs. When physically exerting itself, it triggers a valve in that chamber (a la a bombardier beetle's chemical-mixing mechanism), carries out the above chemical reaction, vents the resultant ammonia - which it can regenerate later - to the atmosphere, stores the salt in some kind of special receptacle, and pees the water out later. In exchange, the creature's blood gets heat sucked out of it, thereby reducing the rate at which it overheats.

The question: how cold can this creature make its own blood before said blood stops working? After all, as I said above, the blood can be cooled as much as I want; the unknown variable here is how much it can be cooled before bad stuff starts happening.

I recognize that the viscosity of blood increases as its temperature decreases, meaning that low-temperature blood is harder to pump, but that's not really the problem here since, after getting the heat pulled out of it, the blood will rapidly begin picking up more heat and its temperature will increase again. However, is there a temperature at which red blood cells can no longer carry oxygen, or at which they freeze so much that they can't function again - i.e. where it doesn't matter how much they get re-heated, because the sudden drop in temperature irreparably destroyed them? I'm currently thinking that that's somewhere between "freezing" and "normal body temperatures".

Don't worry about anything else related to this creature's rather unique biology - i.e. how it produces/stores ammonium chloride and lye or vents ammonia. That's not what this question is about. Moreover, this creature is, for all other aspects - including the makeup of and chemical structure of its blood - a relatively normal human being.

Inspired by Gilgamesh's answer to this question of mine.

creature-design chemistry biochemistry blood endothermic-reaction
Share
Improve this question
edited May 9 at 21:27
KEY_ABRADE
asked May 9 at 20:36 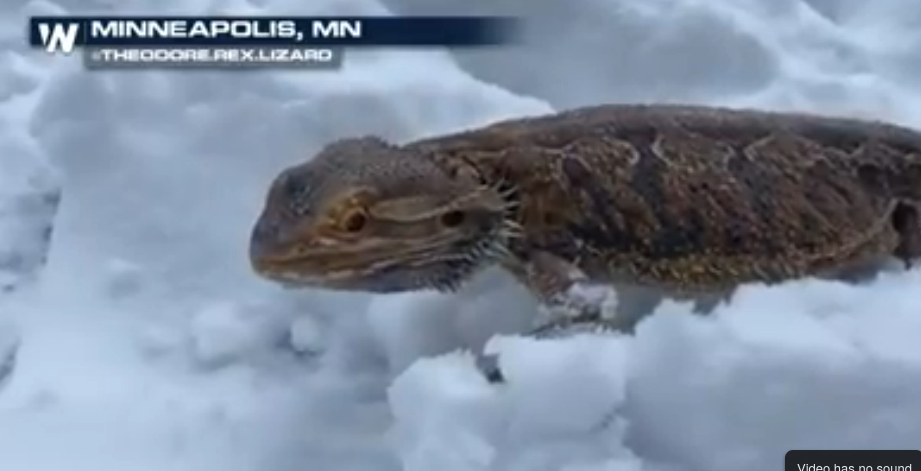 Lizards are cold blooded and can survive as low as 10C. For comparison a pitiful human will simply stop working if the internal temperature goes outside the 35C - 40C range for too long.

The lizard is not happy at this low temperature. In fact it can barely move. But its blood certainly still works as blood, evidenced by how the animal is not dead.

Your creature can survive at 10C if you make it more lizardy.

Within a degree of absolute zero.

There are many species of fish that survive in the sea below 0 C, the normal freezing point of water. Frogs and turtles can freeze solid during the winter. With the right antifreeze proteins, or other tricks like glycerol or trehalose, you humans' blood could be comparably resistant. See this paper for human blood cooled to below 1 K with less than 1% hemolysis.

Freezing blood entirely, of course, interferes with respiration and related activities. But many biological samples are kept liquid in glycerol at -80 degrees C. Glycerol would be viscous, but I doubt your organism is moving too fast at those temperatures anyway.

Not the answer you're looking for? Browse other questions tagged creature-design chemistry biochemistry blood endothermic-reaction .

25
How do I stop Bob the gigantic animal from overheating?
4
My creature's cells mix water and some of the stuff in pee to cool themselves. How does it get that stuff to its cells?

74
Mineral that explodes when cooling down
4
Biochemistry of Plants harnessing heat-energy when blue-shifted light is scarce
11
Would A Biological "Cold Haber" Process Deplete an H2/N2 World of its H2 or N2?
4
How would a creature like this work?
7
How to avoid respiratory and circulatory problems in a firebreather or flaming creature?
13
How could the blood be improved so that it can carry more oxygen?
5
What matter could I use in a dangerous fictional chemical chain reaction, would turn instantly into something harmless once teleported into space?
2
Can it ever make sense to breathe sulfur?
5
What can run the condensers on this Hell Train?
4
My creature's cells mix water and some of the stuff in pee to cool themselves. How does it get that stuff to its cells?