Could a hot desert plausibly exist in this location?

I'm attempting to construct a world such that a hot desert like the Sahara exists in the region outlined in yellow. 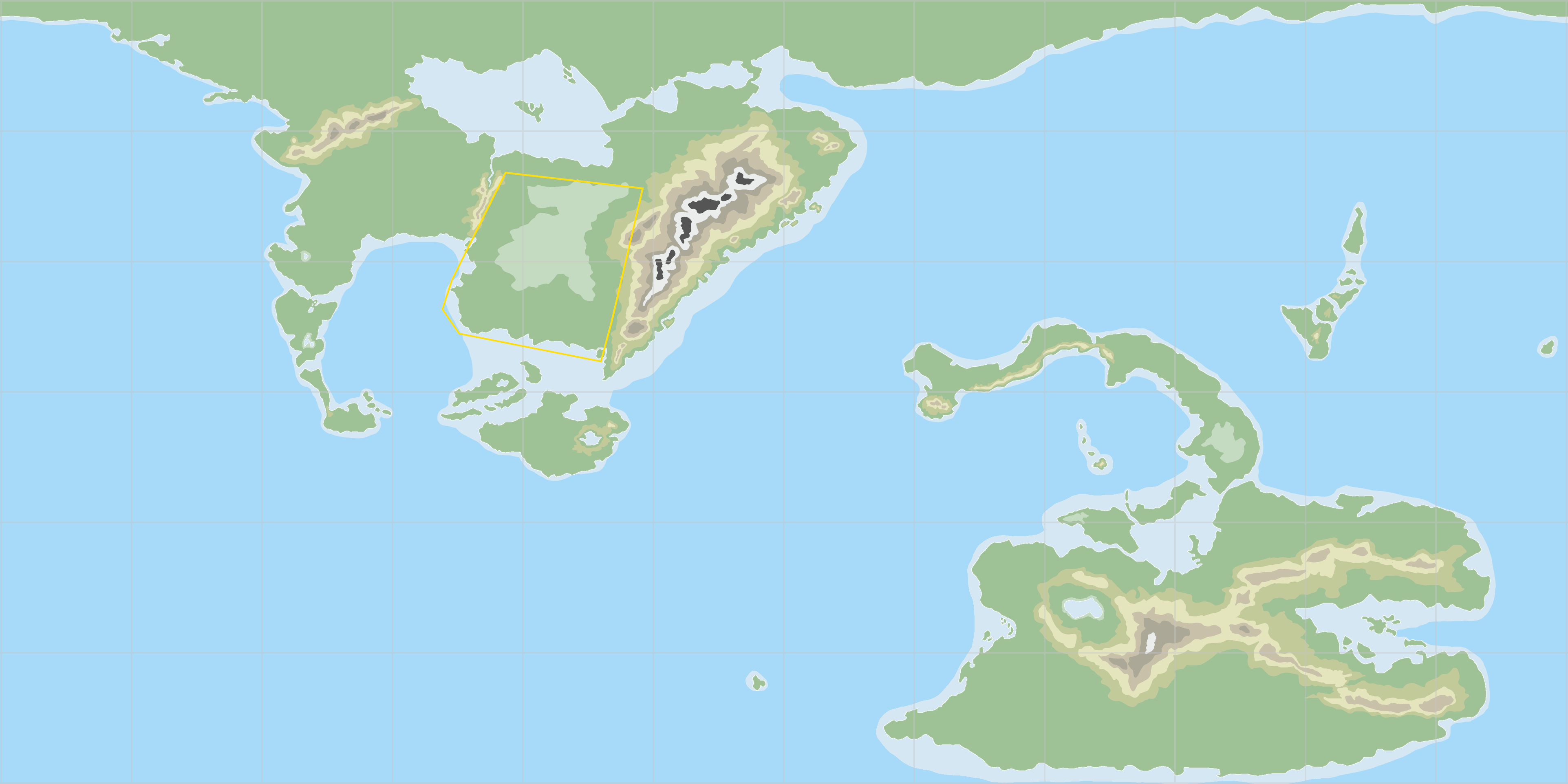 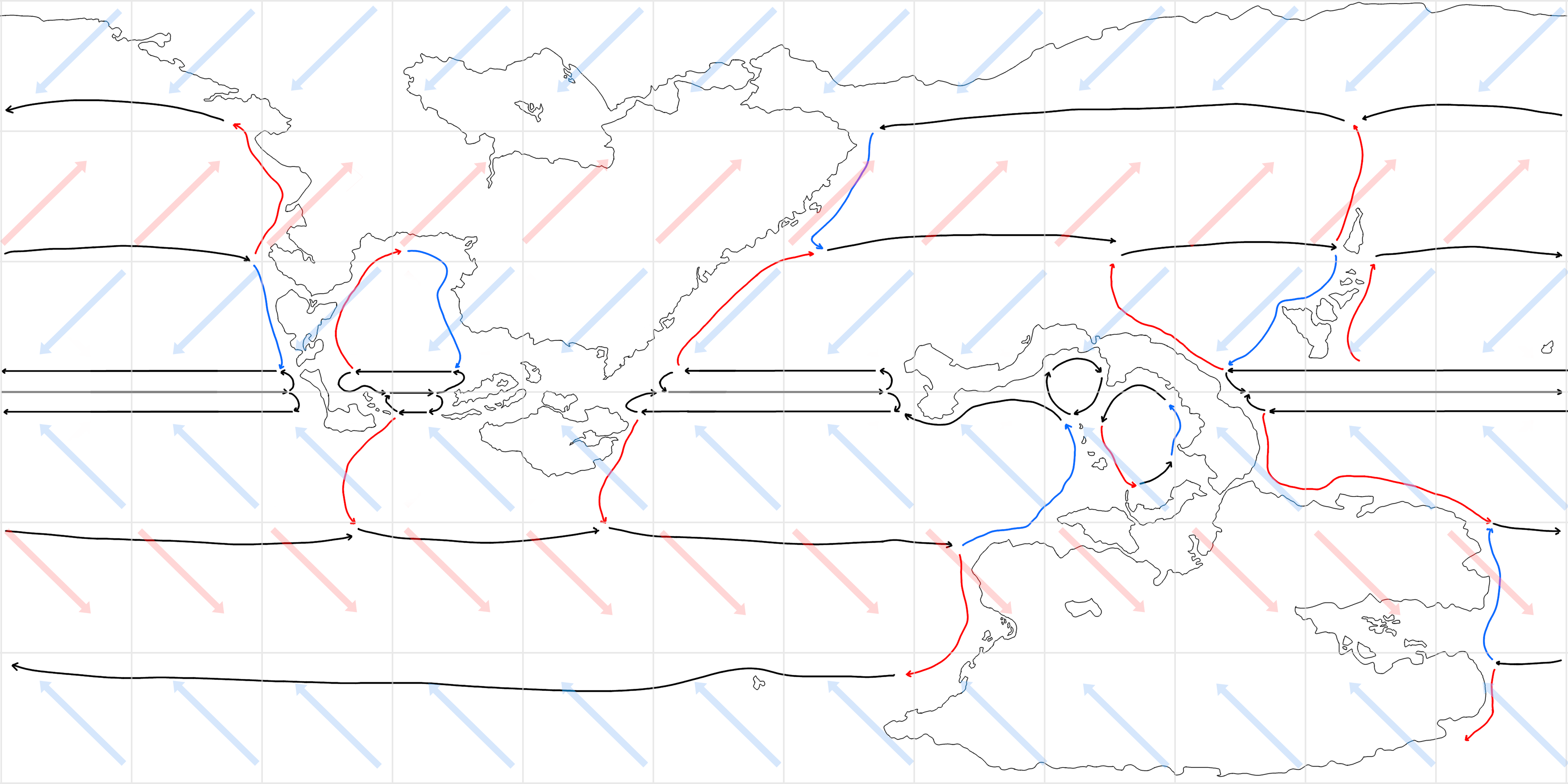 I'm working under the following constraints:

I've added a very tall mountain range (think Himalayas) to the east to produce a rain shadow effect, placed the region such that the prevailing winds will blow off shore, and oriented a cold ocean current on the western side.

Are these factors sufficient to produce a desert in this region, and how far could it reasonably extend? If not, what changes can I make to achieve this?

because the trade winds are nearly parallel to the coast. Deserts outside the subtropical zone exist in the Horn of Africa. A near-desert exists in northeastern Brazil for much the same reason, although the coast itself has nearly-onshore winds in the winter (and a rare As climate).

Otherwise, the true deserts are in rain-shadow areas like Patagonia, the Gobi, Takla Makan, etc. Technically the Antarctic Dry Valleys are true desert due to precipitation (it would be snow!) shadows, and these desolate places even have ice-covered salt lakes.

The location would get moist winds off a sea and westerly storms, much like the southeastern USA, which is definitely not desert.

Most deserts are all at the same latitudes

If you look at a world map, you will see most of the big deserts are all at the same latitude as the Sahara (with a few at the southern equivalent). This is because the worlds Hadley Cells cause high pressure at these latitudes. This pattern will be true for any earth-like planet. So put your desert at that latitude, and combined with the measures you've already taken, definitely.

Deserts aren't a just places with little rain and a lot of sun. Deserts can happen anywhere for a multitude of reasons.

The easiest natural one is erosion. Through some damage to nature and then precious soil being washed away this can already happen. It can be as simple as a long drought and then suddenly a lot of rain.

With less vegetation able to take hold the ground more easily dies up, doesn't hold in to water and is washed away by rain. This can become a self strengthening spiral, creating a bigger and bigger desert.

The desert part will easily heat up in the sun, making for scorching dry sand during the day. It'll cool off rapidly at night as nothing holds the heat as well, making it doubly difficult to live there.

Depending on the latitude it can become a desert like we know, or gor example a mild empty wasteland, only relatively warm for the climate during the day and relatively cold in the night.

Desertification can happen anywhere for many reasons. As it can be triggered by many different kinds of unlucky events it is easy to explain it. It isn't easy to have a desert, but with millennia to form there are no reasons for there not to be a desert there.

Some examples just for fun.

Tsunami hit, removed a kilometer of vegetation, remaining salt made it barren for most vegetation. Further rain removed the soil and this kept eating at the fringes for a thousand years until everything became a desert.

A hurricane damaged huge swaths of firest. Together with a few years of high amounts of rain and it removed valuable soil.

An invasive species (plant, animal or bacteria) came to inhabit the area. It destroyed the ecosystem, pollination didn't happen fir most plants and died off, the remaining ones had too little to protect thenselves and were eaten or destroyed by weather.

Due to a global warming period some Algea in the ice in the antarctic died off. This was a major source of plankton food, of which many sea creatures relied upon. The mass death caused many creatures to die that migrate to that area as well. The lack of food caused some further important species to die off, causing some explosion of other creatures as their natural enemy was practically removed. These eat the whole area to such an extent it can't recover, leaving a wasteland. The remaining creatures eat away anything still trying to grow for a few years before nothing is able to grow there, as the climate has changed drastically.

7
How would a large arctic mountain range affect the weather?
0
An Alternative Earth: Warmer Siberia
9
Rocky desert or Sand desert - Which would appear in this scenario?
7
What could cause the desert?
17
How could an Earth-like planet develop huge pinkish-purple forests on ocean surfaces?
13
Are these climate zones somewhat realistic?
6
Ecological implications of osmotic portals
5
Possibility of a "hot Mars"
4
Climates of a Eurasia-like continent in the tropics
10
Weather processes on a flat world