Most hospitable biomes for living off the land

I'm trying to figure out which are the most hospitable biomes for living off the land.

Say we have a small spacecraft fallen through a time warp that takes it sideways in time, where it finds itself in orbit around an uninhabited planet. For the purposes of this question, suppose the planet is 'present-day Earth, except humans never lived here'. So interglacial period with the same geography, there are still passenger pigeons in North America etc.

The crew need to pick a spot to land, before their oxygen runs out. Once down, they will not have fuel to take off again, so they will be stuck trying to survive wherever they are.

They have some relevant training in wilderness survival. They also have electronic devices with extensive tutorials etc. They have only minimal, basic tools. They don't have seeds or domestic animals, so at least for the first while, they will be relying on hunting and gathering, not agriculture.

Let's give them a break and assume the time of year is whatever would make it easiest for them to get started – northern hemisphere spring?

Where should they land?

someplace warm to temperate, with mountains on the east coast of a land mass.

they should be more worried about access to wood, metal and coal. survival can be done in a lot of places, but not everywhere has abundant resources for tools. You plan for the long term or risk dooming themselves to technological stagnation. many places ran into limitation due to limited access to timber or or metals.

they also need to worry about water, since they will not have water purification, so you want someplace with abundant ground water so they can dig a well.

If you are using actual earth they should land where domesticable plants and animals are. A place that is good now but also good for their future. happily such places that also have abundant food exist, Anywhere you have mountains on the eastern coast of a continent that is fed by prevailing wind from the ocean. 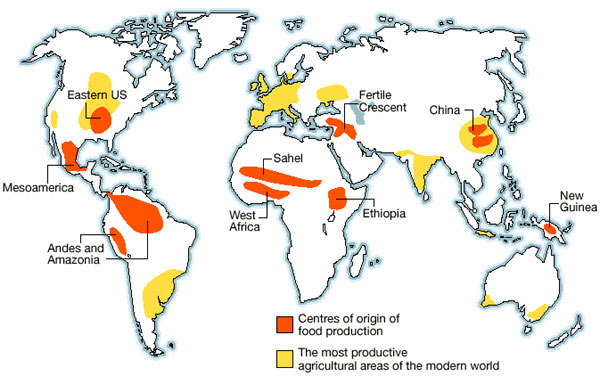 The US used to have lots of American chestnut trees, which was fast growing, produces excellent timber, and produced so many seeds it was incredibly easy to farm and produced literally tons of food. enough to support humans and abundant wildlife in their ranges. Even better since they drop in the fall they provided abundant food exactly when it was most needed. (to the point it may become the first genetically engineered organism purposely introduced to the wild with the intention of breeding in order to bring it back)

without humans the US would also still have horse and camel species, as well as a slew of other animals that might be domesticable if they can resist hunting them to extinction.

Alternatively china gets you basically everything the western US will get you plus pigs and water buffalo, so you get a leg up on domestication, especially something that can pull a plow or wagon.

What do these two places have in common, a temperate to warm climate combines with lots of mountains on the eastern coast of a land mass, which means lots of rain and lots of mineral deposits.

temperate climates have the advantage of vastly lower pest and disease occurrence, the downside is a limited growing season. generally you want a climate that is mild and not too hot or too cold.

River delta with a harbour

What do Mesopotamia, Egypt, and ancient China all have in common? Starting on river deltas!

A big river brings lots of nice fresh water at low speeds. It's full of fish, and if it's not, you can still fish in the sea. There are lots of little islands and lots of wildlife of all types.

In addition, the plains around are full of beautiful, rich, silty alluvial soil, perfect for crops.

You can travel upstream quuckly or bring resources downstream by boat.

Just put a town on a small hillock (to avoid floods).

If the place has a harbour, it's even better.

I'd suggest looking for a continental, subtropical river delta but that's getting specific. If I had to pick one of the famous ones, I'd take Mesopotamia, with its dual river system (it seems like a good idea to double the main feature), but I don't really know. 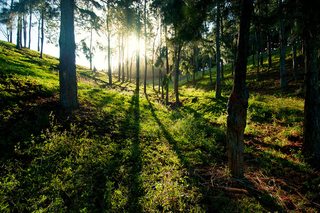 A tropical paradise. You can sleep on the beach. Fruits and coconuts grow wild. 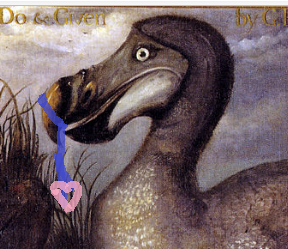 South-Eastern United States equivalent. Mild winters, plenty of water, not as hot as real tropics, usually. The first written records of visitors to North America often commented on the sheer quantity, and size, of fish in the rivers. Numbers of other game animals.

Southern Europe, along the Mediterranean.

Other places in the world may be similar, but I don't know which.

Not the answer you're looking for? Browse other questions tagged environment survival alternate-earth colonization .

16
What are the most important raw resources for a human colony?
22
How much land area do my land-based animals (herbivores) need for food?
26
Making a Planet Seem Uninhabitable
11
What would be the minimum percentage of water for a livable earth?
9
Would humanity survive an empty Earth suddenly populated with young children?
0
What are the priorities to colonize a new piece of land?
15
Mass extinction because of too low CO2-levels