How can a mechanical clock be powered by wind in a reliable, constant way?

Picking up the context

This is a follow-up question to the technologically accurate watermill clock, available here. In this case, we're not using water to make clocks, but wind! Wind will be the power source to... power the clock mechanically. So let's lift off into the world of physics and engineering together!

The watermill clock had issues having a simple, yet physically correct mechanism to display the time, given a constant input current. In this case however, I believe the main issue is having the power input being constant and reliable in the first place. Indeed, it's not like water where you could always put it in a storage and use valves, the container's shape or Mariotte's bottles. Wind is chaotic by nature, having strong and weak times, but it's also not a thing you can contain in a tank like most other materials.

Therefore, how can wind input be made constant in order to accurately power a mechanical clock?

In order to answer, I guess we have to think about how to keep a strong wind lower to not overpower the mechanisms, and how to keep in some power to keep the clock working during lowtimes. There are also turbulencies, and well, wind orientation to take into account. There can be other technical issues I haven't pictured, so tell and find a solution about them if I've missed one.

Here are some intel that should help you understand the intentions :

Ideally, your answer should go beyond theory and put things into practice. Talking about the base idea is a nice starting point, but it's to be put in a place with the environmental context above, therefore some dimensional specs would sure be helpful to me ^^.

If one of the above condition prevents you from reaching the goal (making a wind-powered clock), you can alter it slightly in order to reach it. For instance, if wind speed is just too low even on seaside, you can tell you had to increase it a little for the purpose of answering the question. After all, a partially successful answer is better than none 🦋.

Wind turns windmill, windmill lifts weight, weight powers tower clock. Use two weights to have power when the windmill is lifting one of them. This obviously decouples the strength of the wind from the clock mechanism; there is no need whatsoever to make the wind give a constant mechanical force.

When you wind up a wristwatch you don't need to make sure that you supply a constant force. You just need to supply a reasonable force to wind up the spring. Once you have wound up the spring, the spring will power the wristwatch and the balance wheel and escapement will regulate the power drawn by the watch.

Big Ben is wound three times a week, and the winding takes over an hour.

Big mechanical clocks can be made surprisingly accurate. For example, the Big Ben in London is accurate to about two seconds per week; obviously, somebody must take care of it and adjust the mechanism as needed.

Big Ben is accurate to within two seconds per week. The pendulum is adjusted by adding pennies made before the decimalization of the United Kingdom’s currency in 1971 to the weight. Each penny causes Big Ben to gain 0.4 second per day. (Betts, Jonathan D., "Big Ben". Encyclopedia Britannica. Accessed 15 April 2022.)

AlexP mentions it in his answer, but doesn't go into detail with it, but your answer is springs, specifically wound springs like in a wristwatch.

These can be fairly small while still having decent power to run a clock. Also, because of their small size, you can have multiple springs to take over when one winds down. This way you could potentially run a clock for a week or more during a calm period.

And these springs can be wound individually, so when one spring is fully wound, the next spring in the line can get wound, or however you want to run the clock. I'm imaging the springs being engaged one at a time by either the clock or the winding device, rather than all springs acting at the same time. In my thinking this is "series" rather than "parallel", yet it's sort of a hybrid.

I suggest running the springs in this hybrid series/parallel, since running them in parallel can cause problems when one breaks. In parallel, they are all engaged full time and if enough break before you realize what's happening, you likely have a cascade failure of all springs. Running the springs in series also has issues, since all the springs would still be engaged all at the same time, so removing one or one failing causes everything to just stop.

Granted, running them in this hybrid series/parallel system also has drawbacks in increased complexity, but you'll be able to replace weak or broken springs more easily without losing time or having downtime.

You'll likely want to have an automatic system built in to switch between springs when they wind down, as well as when they are being wound. You also likely don't want to be running your clock on the same spring that's being wound.

As someone mentioned in comments, you'll also likely want to have a manual winding mechanism, in case the wind goes calm for a while. You can even make it animal powered, like cattle/oxen/horses, or maybe ridiculous like dozens of hamster wheels. Or double-down and hook it up to the stationary bikes of the gym next door.

But really, use a vertical wind turbine so that you can pick up the slightest amount of wind in any direction at any time. These are very efficient turbines and require less maintenance than a standard turbine. These can also be made to be visibly aesthetic, as opposed to most fan blade based wind turbines.

This would allow for delicate or time consuming repairs to be done away from the clock and without any kind of interruption of the clock. At least for the springs anyway. Having multiples of these spares would allow more than one person to work on different springs at the same time without them being in the way of each other, and without relying on each other to complete repairs.

Having multiples of these spares would also constitute as a sort of disaster recovery, in case some natural disaster/war/accident/whatever happened to damage several of the springs simultaneously. The spares get swapped in and the damaged parts are fixed in turn and replaced as spares.

Something like a self-winding watch, but with the machinery driven by the wind rather than an oscillating weight.

(supposing there is always enough wind to move the clockwork forward !)

Couple a wind meter with the clock's diaphragm-shaped air inlet

Ok I think you need a wind meter, and some construct to reduce the opening the wind blows through, to reach your clock propelling mechanism. Imagine some harmonica-like round opening, like the diaphragm of a camera. 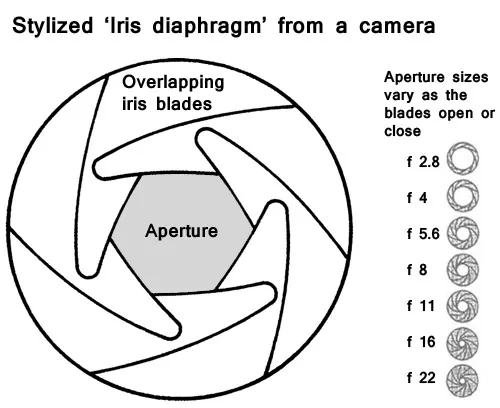 To do that, you'd set up a wind meter, devise a way to transfer the force of the wind into that opening diameter.

Suppose you'd connect the wind meter mechanics in such a way, the round shape opening would change with the wind meter outcome. The only place you'd need to calibrate is where your wind meter compensates for the wind's force. As the air flows through the opening, the diameter should become smaller when there's a strong wind. There will be some kind of transmission between your wind meter and the size of the "aperture" round opening.. the result will be a constant airflow energy reaching your airflow-driven clockwork.

Not the answer you're looking for? Browse other questions tagged physics time-keeping infrastructure wind .

4
How can I make a technologically correct horizontal watermill clock?

1
Accurately Measuring Sidereal Years For Calculating Tropical Year
0
Accurate models in classical mechanics for simulating combat part 1
9
How to efficiently protect a city from constant snowstorms?
6
A Roman-technology clock run by slaves - how to make it accurate
6
How might a purely mechanical 'voice' function?
4
How can I meaningfully define the energy cost of magical levitation?
7
Could a planet have a single source of wind?
6
underwater calendar for merfolk?
4
How can I make a technologically correct horizontal watermill clock?
3
Would a human-powered small mecha by using a mechanical lever system and Basic Hydraulics/Hydrostatic Transmission be physically possible?