Could a planet without an orbiting moon still be habitable to human life in at least one small pocket? [closed]

No moon likely means no tides. Does this make a planet half water, half land, or similar divisions? Do freshwater and saltwater have separation? Or would it just be a planet like ours, with delineated seas and land, but without high and low or directional tides?

I've tried to look into the question on youtube etc and only found multiple-moon speculation, without resources for moonless worlds.

There will still be solar tides, assuming your planet isn't tidally locked.

However, the tides aren't the only effect of the Earth's particularly large moon.

If your planet was tidally locked, the stability problem would be solved, but habitable space would be on a narrow strip between the scorched sunward side and the frozen spaceward side. The weather would probably be routinely intolerable there, so underground habitation would be more likely. Alternatively, you could position it somewhat further away, so the habitable ring would be closer to the sunward side and with less abrupt thermal transitions/less violent weather. Similarly, it could be assumed that the cold, uninhabited spaceward side would absorb the lion's share of meteor impacts, reducing the need for the moon's protection there.

Fresh water would still be separate from salt, given similar chemistry, since fresh water is primarily precipitation that has yet to gravitate to the sea.

There's discussions about the subject, but let's put one explanation: without moon, we would not exist, or not exist yet. Without strong tides in coastal regions, certain basic biochemical processes would slow down extremely, or not occur.

Probably life would slow down, not be cancelled: there will be tides: the solar tide is about half the lunar tide. So without moon, we're left with 33% of the tidal effects. The tide would occur every day, shifting over the day during the year. 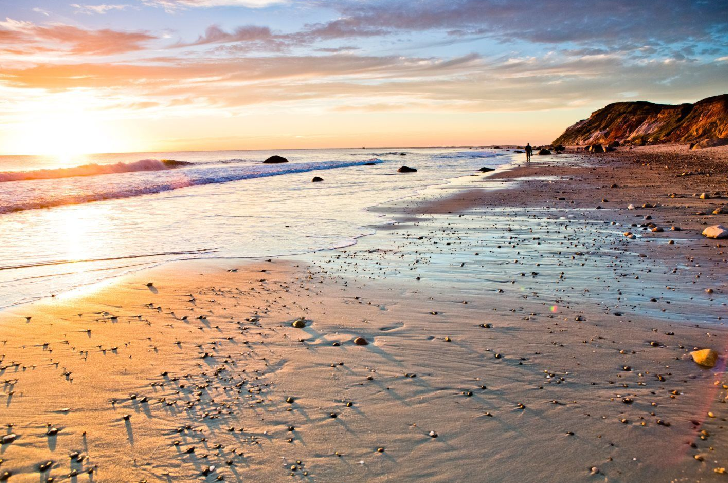 In coastal zones, shallow water, the tides have max influence. Very early shallow waters may have helped primitive life-building molecules to build self-replicating structures, that is the biochemistry of early life.. pre-DNA. Found a publication in Scientific American about this,

In the early Earth environment, Lathe notes that such fast lunar tidal oscillations would result in the highly saline low-tide environment that protonucleic acid fragments would have needed to associate and assemble complementary molecular strands.

Having bonded in pairs at low tide, these newly formed molecular strands would then dissociate at high tide, when salt concentrations were reduced, providing what Lathe terms a self-replicating system. Lathe believes that DNA would ultimately have arisen from such protonucleic acids.

There could be some kind of "goldilock size" for moons. The earth as an ideal size moon for strong (meters) water tides, but limited tectonic influence. On Mars, tides from moons and sun will have been tiny, so it is doubtful if life ever emerged on Mars, it will have been slowed down irt Earth.

Also, later on in evolution, when the Cambrian Explosion occured, higher life forms (ca 500M years before humans) thrived in shallow water zones. The abundance of calcium available in ocean water played a role there.. and the food: plant life profiting from the tides.

No Moon? No Problem.

If the moon disappeared there would be no tides. But the planet would remain habitable. The high parts are the land and the low parts are the water.

Not the answer you're looking for? Browse other questions tagged science-based reality-check planets moons astronomy .

4
If Earth had an ellipsoidal moon, would that change tides and such?
6
Almost tidally locked to moon and the tides it would create
4
No More Looking from the Same Side of a Mostly Liquid Surface Terrestrial-based Moon
9
Feasibility and consequences: the cosmic dance of twins habitable moons
15
How to explain life on a moon orbiting a non-habitable planet
7
Co-orbits and Tides
7
Is there a plausible way to have a Gas Giant with two or more earth to mars sized moons orbiting it in the Habitable zone?
4
How can I calculate and create a calendar for one of 4 moons of a Jupiter-like planet?
1
Two celestial bodies tidal locked - not with the sun