Could interspecies blood transfusion from organisms of various sizes occur?

In my universe, there are sixteen species from the Homo genus: anatomically modern humans, demons, angels, merfolk, ogres, giants, halflings, dwarves, elves, goblins, gnomes, orcs, trolls, vampires, therianthropes, and wizards. They can all interbreed with each other, and the resulting offspring is less fertile than their parents, but still fertile.

Some species have a weird blood type repartition compared to anatomically modern humans:

Also, my species are EXTREMELY variously sized: gnomes are as small as the average adult domestic cat, halflings are as large as the largest domestic rabbit breed, goblins are as short as mandrills, vampires are as small as common chimpanzees, ogres are as tall as the average real life NBA player, and as heavy as adult male gorillas, giants are as massive as polar bears, and merfolk are as massive as belugas.

So, I wonder if interspecies blood transfusion would be a problem. Shall you know that the technological level is contemporary.

Following the rules of Blood Banking:

Shameless plug, but I have 18 years of blood banking experience.

You are still maintaining the same basic blood types for your species, which is good. It means there are still transfusions possible. You will need to know the general rules of transfusions for the blood to be supported by blood banks. I suspect, however, the real problem will be exotic antigens causing antibody problems.

Your basic rules for ABO are that you make antibodies against things you DON'T have antigens for. So AB people can get red cells (antigens) from any source and not have a reaction. O people can only get O blood. In a crisis, you want to give O blood because you know it will be compatible, since it has no antigens. 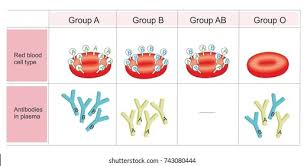 Plasma rules are opposite. Plasma doesn't contain antigens (cells), but does contain antibodies (in plasma), so giving AB plasma (lacking any antibodies to A or B) is the universal plasma donor. O people can get plasma from anybody, since they have no A or B antigens for the antibodies in donor plasma to attack.

RH (the D, or plus/minus) operates slightly differently. It doesn't look like bacteria, so you only develop antibodies if you are exposed to the rh(D) factor. Rh negatives lack the rh antigen, while rh positive have the antigen. Anyone is safe for ONE exposure, but after that, you may develop antibodies. So an rh negative mom who has an rh positive child and is exposed to the child's blood during pregnancy or birth develops anti-D antibodies. Because of the specific type of antibodies that form to D, the antibodies can then attack subsequent rh positive babies the mom might have.

So a good blood bank will track all this and match the specific types together. It might be complicated in a multi-racial blood bank, but workable.

There are a significant number of OTHER antigens which are highly variable by ethnic group. Blood banking is one of the few areas where race really DOES make a difference. For people rarely transfused, the problems of these antigens is small - like the rh(D) factor, you only make antibodies against things you DON'T have yourself but are exposed to. While they are less antigenic (causing antibody development) than the rh(D) antigen, enough exposure (or a hyperactive immune system) will mean that the frequently transfused will need more and more specific typing. So a person with sickle-cell anemia getting regular transfusions might need A Pos, Fy(a) negative, Kell negative,JkA negative units. Since these antigens aren't routinely typed for, it means they have a hard time finding blood, especially in an emergency. You need to have complex charts to track and identify which antibodies someone has, which they MIGHT produce, and what blood they will be compatible with.

So a person in a foreign land, getting regular transfusions, is more likely to develop exotic antibodies to exotic antigens. An O person in a land of AB people will already have a hard time getting transfusions due to the shortage of O units. But if they lack the Fy(a) antigen and everyone in that region is Fy(a) positive, they are likely to develop antibodies to Fy(a) and then they start having real problems.

In a modern blood bank, this isn't an issue. Blood donations are standardized into discreet units, and more units are needed for bigger bleeds. A larger human would need more units, while a smaller one would get by with fewer. A VERY small human might get part of an oversized unit (if that was all that was available) and there might be some wastage. For transfusions into children, this is how it gets handled.

One way to approach this would be to chart it out. You could then match your humanoids and find which are more likely to be compatible.

However, I think you have license to make it as simple or as complicated as you want to. For example even among us ordinary humans there are "subgroups" or phenotypes where some people have different combinations of A and B antigens. Who is to say that some of your humanoids have some special blood characteristic? I think it is up to you to be how human specific it.

When I first read your question, I thought you might also be asking about Rh factor and pregnancies. That might be an additional complication in interbreeding, if the baby is Rh positive and the mother is Rh negative, the mother immune system could damage the baby. 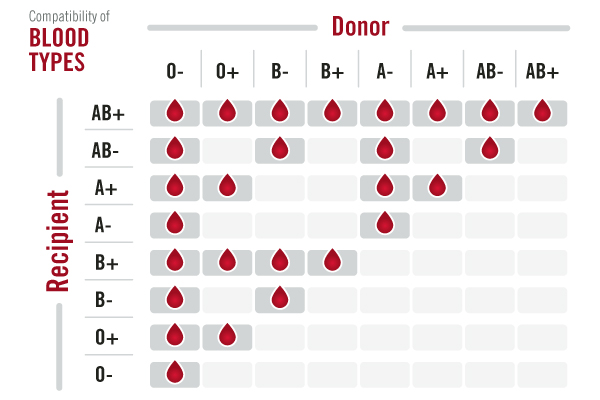 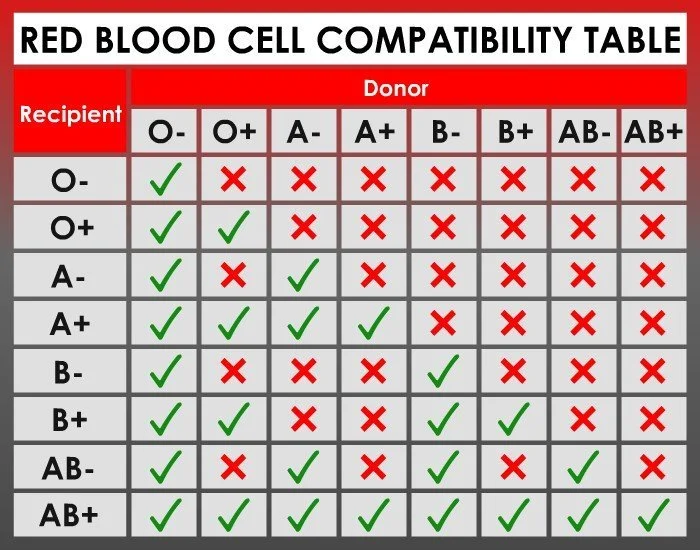 4
How could my island-country mostly populated by massive humanoids subsist its inhabitants?
0
Why would women with a huge belly be considered attractive?
3
Why would a species from the Homo genus have overwhelmingly B negative blood type?
3
How could my hybrids from species of the same genus with radically different appearance have more fertility issues but still be mostly fertile?
6
What would my phylogenetic tree composed of sixteen Homo species look like?
7
What are the evolutionary advantages to have facial hair for both sexes?
4
Why would some species from the Homo genus be much more likely to be autistic than Homo sapiens?
15
How could interspecies wrestling fights be fair?