How can a country devote centuries of resources to building giant mechas without being stopped?

There is a world where giant monsters the size of mountains come every few hundred years and destroy huge amounts of the world and any organized civilization of humans. The only effective response countries have found is to build giant mechas the size of mountains to fight them off. The monsters target particular regions, and each region has a certain number of giant mechs to fight them off.

Fueling them requires perhaps 30% of the country's output at a rate that isn't easily increased by technology since their enemies are also advancing. How could a society ensure they keep devoting those resources for centuries?

I've seen repeatedly in real life politics that there's a lot of pressure to lower spending and to focus on the now and not the future. Any nation that wants to have more welfare, or to conquer rival nations, or to help mitigate a famine and drops below 30% won't have the mechs fueled, and will be annihilated. If you use the mechs on rival nations then you need to devote even more resources to refueling them.

How do you ensure that you can do a public service project that takes centuries and drains a huge amount of national resources, labour and time without it being stopped by any opportunistic people?

/Any nation that wants to have more welfare, or to conquer rival nations, or to help mitigate a famine and drops below 30% won't have the mechs fueled/

The peacetime gig for these battle mechs is farming and fishing. The technological improvements needed to keep up with the monsters mean that the mechs are great now at what they do and so famine is not a problem. The people are actually quite well fed and robust. Mechs also do construction building cities, dams and other works. Oceangoing freighters and overland trains - both cargo and passenger - are also giant mechs.

As regards war, mechs also excel at conquering rival nations, especially those that have not been keeping up their mechs. Sometimes the conquerors take their stuff and destroy their mechs and then monsters come and eat the people. But sometimes the wise conquerors add the people and mechs to their own lands and so become stronger.

Over time there is consolidation of nations into those that are the best at mechhery. Mechhery is what one calls it - the art of meching.

Thus the 30% spent on mechs is not exclusively for fighting giant monsters, but advances the general welfare in many other ways.

FRAME CHALLENGE: The idea that economic prosperity is contrary to good defense spending misses a critical detail. Defense spending requires a massive industrial base, a huge economy to support it, and an undamaged nation NOT devastated by war to build and maintain all the weapons involved.

Dwight D. Eisenhower knew when he became president that he could get the USA behind a program to build weapons to battle the USSR. But he elected instead to invest in the buildup of the US economy so the nation was more ready for supporting future military spending without bankrupting the rest of the economy. 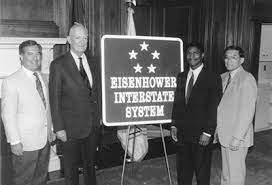 The Soviet Union sought to build and maintain a huge war economy for decades, and even they knew they had to invest in industry to support it. But their constant spending on weapons production meant that the overall economy suffered as a result. Despite NOT fighting WW3 with the west, the Soviets kept their system together. The existential threat of Soviet invasion served as a pressure to keep the west invested in their military. Both sides benefited in terms of military preparedness by the constant posturing and numerous small wars that pushed innovation forward.

The massive spending on military technology could have probably created higher growth rates on its own, but there would likely have been less public investment in technology WITHOUT the constant threat of war. There were benefits from the technologies developed to support the military-industrial complex, which helped the development of technology throughout the nation. The interstate highway system was developed at least in part to allow movement of troops and evacuation of cities in the event of war.

So to ensure that the spending on the military keeps up without a break, you have the HUGE and well-understood not-so-existential threat of known periodic attacks. Spread the production of weapons, parts and power systems throughout your economy, and everyone will have some benefit from the continued spending. Efforts to reduce the impact of the battles and power consumption (overpowered power systems, huge "high speed" trains to move your mechs, duplicated industry in case of damage, agricultural stores to counteract devastated land) will all benefit from the massive infrastructure investments taken to prepare for these battles.

So the wealthy nation is the one that lavishly invests in being ready for war, yet doesn't overly fixate on the mere building of weapons. Because war requires an economy, not just a giant killer robot.

A few select elites at the top know the truth and actually care. Below them preachers teach people from an early age that God requires proof of worthiness by building these machines. The bigger and more powerful the better to show devotion.

Fuel and metal resources on the planet are provided by God primarily for this purpose and other uses are the wasteful ones unless they somehow advance the main goal.

The rewards will be reaped on judgement day when God sends plagues to cleanse the unworthy and only the most zealous may carry on to the new world. Alternatively demons come from the underworld and God protects the true followers.

Historical sources and evidence (cracked mountains, desolated areas, monuments, and battle scars on the mechs) would serve as proof of the core tenets.

This also opens up for a sub story of well meaning revolutionaries who want to overthrow these "oppressive elites", adding tension and uncertainty to the story and perhaps the reader.

After a devastation period, remnants of nations emerge from ruins and swear that they build defenses from kaiju. Over few hundred years, most nations fall into complacency and decrease their defense spendings. All but one nation, which for some reason (religion, dictatorship, vivid legends about monsters told to every child) keeps on with the original plan.

Then another wave of monsters strike. All nations got wiped out - all except one, which is able to keep the monsters at bay. After monsters are defeated, other nations should be quick to realize that defense spendings should never have been lowered.

After a few cycles, only "responsible" nations are left in the world. Survivors from less responsible countries just can not rebuild by themselves and had to seek help from their more successful peers. 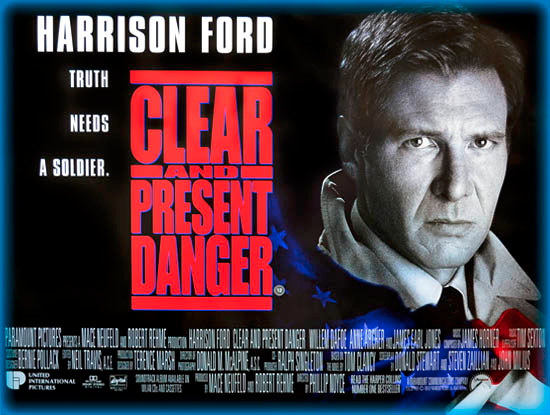 Spending on Giant Monster Defence has the same issue as spending on Environmental Defence. 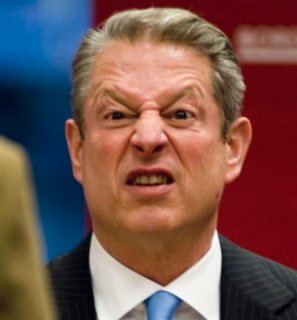 If we don't devote X of the economy to renewable energy the polar ice caps will melt and all your great grandchildren will be killed.

Likewise the Monster will attack in 200 years when we are no longer here.

It is hard to take heart preparing for such a thing, and doubly hard to campaign around it.

Vote for me. I will build electric cars. The benefit will not be visible in your lifetime . End transmission.

Of course once the monster tears down our walls and starts eating you cousins like termites, once the sea level rises and covers Los Angeles, people will suddenly react. But by then it will be too late.

To fix this I claim Los Angeles is already underwater. The Monster is already out there. Look at him there, hiding behind the ruins of Texas.

He rampages around the countryside. We follow him with unmanned helicopters with video cameras. You can follow his progress online or on our App. You can choose your favourite Giant Monster and buy our Trading cards.

The monster is rampaging in the countryside where we can all see him. He attacks a something every few years. And every few decades he does a little attack on our city. The mech easily drives him off.

Of course we don't NEED the mech for these little attacks. A few tanks or a cruise missile would be enough. But it is great for morale. The attack is televised and everyone gets to watch our mech do sicknasty high kicks and karate chops. Then we get the day off work to celebrate.

It's only every few hundred years when the monster enters a mating frenzy that he will attack our city and fight to the death. That's when we need the mech at full power.

Frame challenge: This is epistemically impossible.

Any world where the people have sat down and figured out that 30% of GDP will be necessary to prevent a monster attack also has data that that 30% figure was based on. This must necessarily include monster attack frequency and knowledge of how fast they are advancing in power. A similar argument regarding the knowledge that giant mechs have been effective applies.

30% sustained is a total war economy. Total government spending in most developed countries is 40% or so. Without damn good proof that the attack is coming, no one would ever even think to spend 30% in the first place.

Don't put the kaiju in the future, put them in the NOW. In other words, the kaiju show up on a weekly, possibly even daily basis, and if you cut funding to the mecha program for absolutely any amount of time, you're ****ing dead.

As @StarfishPrime stated, we have an unfortunate tendency to be brainlessly short-sighted idiots who would rather be comfy now than alive more than a year from now. In other words, you basically end up with a post-apocalyptic situation where organized civilization has been completely annihilated.

Construct massive bunkers that allow humans to hide while the kaiju wreck stuff, then come back up once they go away.

Frame challenge #2: A fixed, identical long term % of GDP for every country for centuries is not possible.

A fixed quantity % of GDP ignores how exponential growth works. This is the same idea underpinning the Eisenhower paradox answer but I want to put it more forcefully.

If country A and country B start off with the same GDP but country A grows 1% faster in real GDP for a century, the end result is that country A has 270% the GDP of country B.

5
How much of a pre-industrial country consumed food can come from importation?
6
How would a human society in the Age of Sail be affected by the existence of a portal network?
21
How can an absolute ruler in a large country keep their regional governors/politicians in check?
0
How would an economy and country operate without fiat money?
5
Viability of a robot/mecha body with jumping-stilt/Cheetah-blade-like legs?
4
How can I mass produce steel without coal?
10
How can homunculi be prevented from being used as a slave race for human sacrifice as opposed to conquered populations?