How would a human organization get 20-foot tall fire-breathing, winged, sentient and intelligent lizards to comply with experimental procedures?

When standing on all fours, a typical full-grown dragon is about 3 times as tall as a human. They are quadrupedal with opposable thumbs, with four legs and two or four wings, and can reasonably be expected to remain in the air for at least several hours at a time (and that's the low limit for sick or malnourished dragons).

Some dragon species can breathe fire, but no dragon species has inherent fire resistance. There are a few other 'inherent' abilities like ice breath, a venomous tail stinger, breathing underwater, and silk-weaving. Also, some of them have 'superpowers' of sorts that are not normal for their sub-species, such as super-hot scales, telepathy, or the ability to communicate with plants and accelerate their growth due to circumstances of birth or genetics.

They are social creatures, and their societal structures at the moment are largely made up of Medieval Monarchy-dominated kingdoms. They do know that some humans exist on the planet with them, but in their minds, humans are prey creatures noteworthy for making little metal daggers and wood/stone dens for themselves. They are technologically and socially behind the dragons, and the dragons have absolutely no clue that other, crazy-advanced humans are hanging around up in orbit. The realization that there are humans up on a metal palace in the heavens who have unlocked the esoteric secrets of trapping and harnessing lightning, traversing sections of the sky where the air is thin enough to cause a dragon to suffocate, and giving traits from one creature to another is going to come as a big shock to the dragons.

The humans abandoned earth in favor of a space station in earth orbit for a time due to an incoming extinction event, and the dragons evolved and took the humans' place in the grand scheme of things while they were gone. There are still humans on the surface that didn't retreat to space, but they are at a medieval tech level, slightly behind the dragons.

Human technology stagnated during their time in space due to resource-conservation measures, but still managed to reach near-futuristic levels (basically, they have technology on par with the humans in Prey 2017 by arkane studios). They haven't changed much, aside from limited forays into genetic engineering; they have yet to figure out how to make entirely new DNA, but they can 'map' known DNA patterns onto a living person's genome.

When the humans first sent down their scouts to assess Earth's status, they were pleasantly surprised to learn that their homeworld was habitable and some of their kind had survived, albeit in a primitive state. Unfortunately, the humans had been ousted from their top position in the game of life in favor of dragons, who have all the advantages of sentience and opposable thumbs paired with the fact that they are 20-foot tall apex predators. In fact, the Dragons even hunted the humans who remained on earth for food or kept them as pets! So the humans decided not to descend back to earth en mass, thinking that a cautious approach was best.

The dragons quickly perked the human's interest. For one, they are, much like bees, able to fly despite the fact that conventional physics tells them that their wings wouldn't allow them too. Plus, they'd really like to figure out how to get some of the 'superpowers' (anyone in favor of getting Telepathy?).

Basically, the human's forays into genetic engineering have so far been limited to mapping human genes onto other humans, in order to cure birth defects, neurological disorders, etc. They have yet to attempt mapping non-human DNA onto their own. This means that they're going to need dragons for experimental testing procedures so that they can thoroughly analyze how dragon DNA reacts when integrated with human DNA. Plus, the humans would like to also do a deep dive into how the dragon's abilities work, which can only really be easily done when you have live subjects on hand.

Thing is, the Humans suspect that the Dragons aren't going to go along with this willingly, and they are right. Some of them might if the Humans offer them some of their advanced tech in exchange, but the leaders of the Humans at this point are ruled by paranoid plutocrats who don't want to give the dragons anything if they can help it. And they'd rather not reveal humanity's presence either, as these dragons have abilities that may allow them to fend off the Humans, despite the massive technological advantage the humans have.

To that end, they're going to 'abduct' dragons, making it seem like they disappeared in thin air while in reality taking them to some location where they can perform various morally objectionable experiments on them.

Which leaves my main question:

What methods might the humans employ to prevent the dragons they kidnap from being disobedient, not cooperating with test procedures, and/or trying to escape? I am not asking how they would acquire dragon test subjects, just how they'd get them to comply once they have them.

The dragons in this case have no propensity for kidnapping or eating maidens. They make no distinction between the genders of humans.

For those of you who don't have time to look it up, Prey is a first-person 'immersive sim' made by Arkane Studios. It's a near-future setting of 2035 where research into the Typhon, consciousness-eating aliens with esoteric physical/psionic abilities have yielded Neuromods that apply alien abilities to human genetics.

Unless humans are dealing with a telepathic dragon or dragons have more humanlike traits they would feel little empathy for them.

Fear and wonder at new possibilities would supersede question of morality and dragons would be hunted(probably with high calibre firearms) and trapped(nets for smaller ones and tranquillizers, or poisons for bigger ones) in cages, chains and similar containments. Disobedience, escapism and lack of cooperation would be met with physical punishment. Humans would dispatch military-like hunting parties trying to get smaller or easier to transport dragons on the fringes of the dragon kingdoms.

The power balance is not in favour of humans, they would still like some specimen for experimentation so hunting some fringe dragon is considered, but fear of retaliation pushes more peaceful attempts forward. Gathering samples and establishing some form of communication are safe options, but in the latter case, it depends on dragon relations with remnants of humanity on the planet. Dragons in this case would be volunteers if talked into experimentation, so they would be kept in line thanks to contractual obligations that made them volunteers in the first place. Dragons obtained via hunting would be kept as secret as possible, kept away from humans and dragons treated like in 1scenario but with additional paranoia.

Also, the problem in genetic manipulation is not related to the origin of a gene, but in the reliable modification of cells in large organisms. We routinely modify bacteria with, plant, human, and other genes with little limitations that spring from differences in cellular structure and not from something in the genes themselves.

Intelligent doesn't mean unified. There would be power struggles, purges, and abuse of authority within the dragon clans. You can make allegory to the slave trades in humanity's past as in the upper class dragons dump their downrodden/political rival/dragon who needs to be shut up/dragon who are in huge amount of unpayable debt...those sort of individuals to humans for profit. THe allegory to US railway worker(read: slaved) in 1800s could also be made--where they are tricked into signing agreement/trafficked through under-the-table agreement between the elites of both sides. With a threat about harming the family of the exploited dragon if the dragon doesn't comply. It would give the story some "grey and grey morality" "not so different afterall" vibes. The protagonist could be lamenting social grievances within both society and how wrong it is. Some cross-species romance could occur:)

As I now understand it, the dragons have been captured and simply need to be rendered pliable. As their brain anatomy may be different (formally speaking they may not have centralized brains), I use the term "lobotomy" in a loose sense which may include pithing, paralysis, or nameless electrode-mediated horrors dating back to the Black Sites of the early 21st century, before the Cataclysm. But clearly the captors' highest priority is not to be eaten, and by selectively damaging the dragons' nervous system they can learn much about their neuroanatomy at the same time.

Learning about their regenerative abilities, unfortunately, probably does involve someone being eaten at some point.

Give the abducted dragons a choice: just chill in their cells or participate in the research. While the main goal of the tests is to improve the quality of human lives they will also give a greater understanding of dragon biology. They've essentially cured genetic defects among their own population, they could offer the same to the dragons in exchange for voluntary testing. 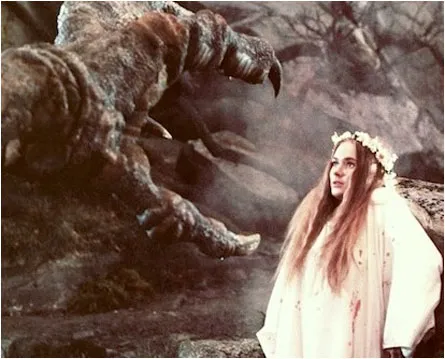 An oldie but a goodie to be sure. The spacemen get the loyalty of a dragon by providing a steady stream of maidens.

I leave it to your imagination why the dragons want so many maidens and what they do with them.

But it would be fun if the dragons are bad at telling one human from another. Then we could give them maybe an ape in a wig, or Gerry from Hydraulics in a bathrobe. Then the following day he removes the bathrobe and walks out of the dragon's village. The next week the maiden offering is Gerry again.

Not the answer you're looking for? Browse other questions tagged technology humans military dragons .

26
Can an individual be their own Sovereign Nation?
6
How big is a dragon's hunting territory?
3
How could a single dragon pose a threat to more modern human settlements?
26
Are dragons useless when there are guns?
2
Best handheld melee weapons for dragons to use?
3
What kind of technology would a dragon-like species have during the golden age of piracy?
5
How might these advanced humans restrain their dragon test subjects?
3
'Cargo Management' on a ship transporting dragon slaves; in what position should the slavers bind the dragons up in to maximize space?