What kind of horseshoes work best on a molten lead track?

There is a horse race happening in Hell. Hell is very rocky and prone to earthquakes, so the best place for the racetrack is on a river of molten lead. This makes for a flat course with obvious boundaries.

The horses are 800kg robotic hell horses so they don't mind the heat of the lead. The jockeys are Devils in 200kg war chariots slays.. I mean sleighs ..which everyone knows are fireproof. No one is at danger from the lead being molten. The difficulty is how to run on the surface.

Molten lead is a very dense liquid, even at balmy 400°C summer race nights in Hell. Slightly less dense than Mercury tho. And you can float in mercury only up to your calves! 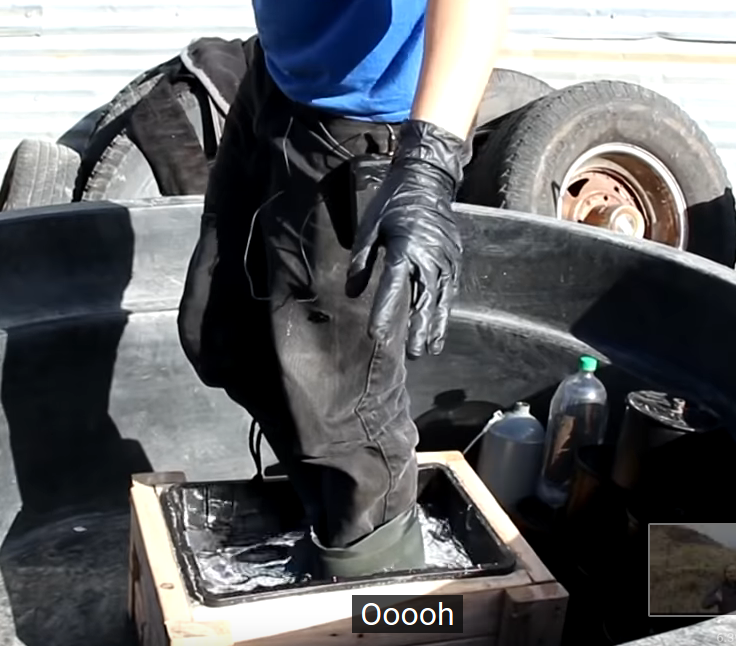 I wonder what should the horses feet look like in order to run properly on the river? While Cody can float in his tub of mercury, he would have trouble running since his ankles are submerged.

I would expect a good type of foot should be wide to keep the ankle above the waterline, and have hobnails to provide extra traction. Is there anything I have overlooked about the properties of lead that make it harder than that?

Don't worry about the feet not working on land -- everyone knows robotic hell horses have transformable feet.

No matter what the horse wears on its feet, it must sink into the molten lead enough to displace a volume of liquid equal to the weight of the horse. The issue you want to avoid is sinking into the lead too deeply, so the way to do this is to displace a wide and shallow volume of lead. The horse should wear lightweight shoes that are wide and flat, allowing it to displace a large volume of lead while only sinking to a shallow depth. The shoes should also have fins perpendicular to the direction of travel, which will allow the horse to push backwards and propel itself forward, or else it will not be able to get any "traction", as if it were running on a sheet of ice. Of course, the whole apparatus needs to be made of something with a melting point higher than lead.

Scoops: The viscosity of molten lead may allow them to run on its surface similar to green basilisk lizards that run on water

It has a number of adaptations that allow it to do so on water, but we're not running on water anymore. Hollow bones, 360 degree hip rotation, more surface area on their toes.

Some molten metals can have viscosity close the that of room temperature water, but they have to be hot enough. A slightly cooler but still liquid metal increases in viscosity until it becomes solid. So the factors of; metal element (is it pure lead or an alloy), temperature, speed of the foot, rate of kicks, and surface area of the foot can all be tweaked to make this possible.

Each step being more like kicking off the liquid, much of the foot itself being submerged during their strides, as if swimming in a very shallow pool with enough force to keep themselves afloat (if basilisk isn't a good example, imagine a dolphin staying mostly out of water by using their tail to keep pushing themselves upward) rather than jumping off the surface tension. A racing gait on liquid would be quite different than on land, with the ankle rotated roughly 70-90 degrees to get the best surface area to kick off of after it's inserted into the liquid at each step. These "horse" feet would need to be specifically designed for this purpose.

(Keep in mind, this would likely kick up a lot of molten metal in the process, potentially causing damage to other racers if unable to take the heat)

The chariot behind can use water-sled skids, or even hydrofoil designs (if it doesn't cause too much drag in the lead) to support the weight of the rider. Buoyancy may be enough, but with these weights, moving forward may be required not to sink, else a break down of the "horse" may result in the entire setup sinking in the molten lead.

["Racer Down! Let this be a lesson to any would be racer that can't make it to the end!" As the horse and chariot of the broken down racer slowly sinks below the surface to vanish entirely below.]

Baseline: lizard running. Basically large area feet to push against large volume of lead, before it collapses on top of the lowered feet. 25 km/h or so. https://en.m.wikipedia.org/wiki/Common_basilisk

Optimize drag: Lizard running requires a lot of energy because of how wasteful the push is, how much wave and splashes it creates. Better motion is to use ice skates motion and streamlined boots with a 'keel' for much larger area to push against, lower load on each skate - only one is lifted at a time. And smooth lifting and submerging of a feet. Allows speed of 50 km/h or so. https://en.wikipedia.org/wiki/Ice_skate

Optimize propulsion: Waterwheel is about twice as good as propulsion with skate motion that still requires to lift and lower significant body out of liquid. And propeller is another twice as good as waterwheel. But thanks to lead we can use MHD, that in this very specific case is even better. Not much though. And MHD needs electrics. Is there electric output option in a horse? If so, MHD. Is there mechanical shaft output only? Then propeller. Otherwise waterwheel boat option. Allows speed of 100 km/h or so. https://en.m.wikipedia.org/wiki/Magnetohydrodynamics

Optimize support: actually liquid is rather lossy, when used as a support. Hover or wing in ground effect vehicle can be faster for the same energy expenditures once we get to 200 km/h or so. https://en.wikipedia.org/wiki/Ground-effect_vehicle

Optimize extremities: as we exceed 200km/h or so, even just the engine, be it propeller of MHD, creates a lot of drag. Alternative is maglev-sort-of. Use switching coils to propell forward, and use lead as electrically conductive rail. Allows 400 km/h or so. https://en.m.wikipedia.org/wiki/Maglev

The end, optimize wave drag: just put the horse in or transform it into a high speed train shape, plane without wings. This reduces air drag, that limits further speed up. Allows 800km/h or so. https://en.m.wikipedia.org/wiki/Sears–Haack_body

Supersonic motion in low altitude, using whatever locomotion will likely wake up some angry demons with the shockwave and cause end of the world, so we wont do this.

You are free to pick whatever level of craziness you deem acceptable in your competition.

Make them run a boat

The horses run to the river and couple in to a treadmill. A racing boat on lead would be much smaller than a ferry, but basically turn their running into a drive for the paddle wheels. It needs a rudder linked to the rider’s position. Maybe a chariot?

So the hooves just need to grip the treadmill.

But then again, one clever devil might say, “Well, all this weight from the wheel and gears is sort of dragging me down.” So why in Hell wouldn’t you just bury the dead weight?

Do the ferry but it’s just a big surf board with support straps. The horse is dangling over molten lead with just the ankles getting …wet. Now, your shoes are just basically paddle blades bolted onto robohorse’s foot. 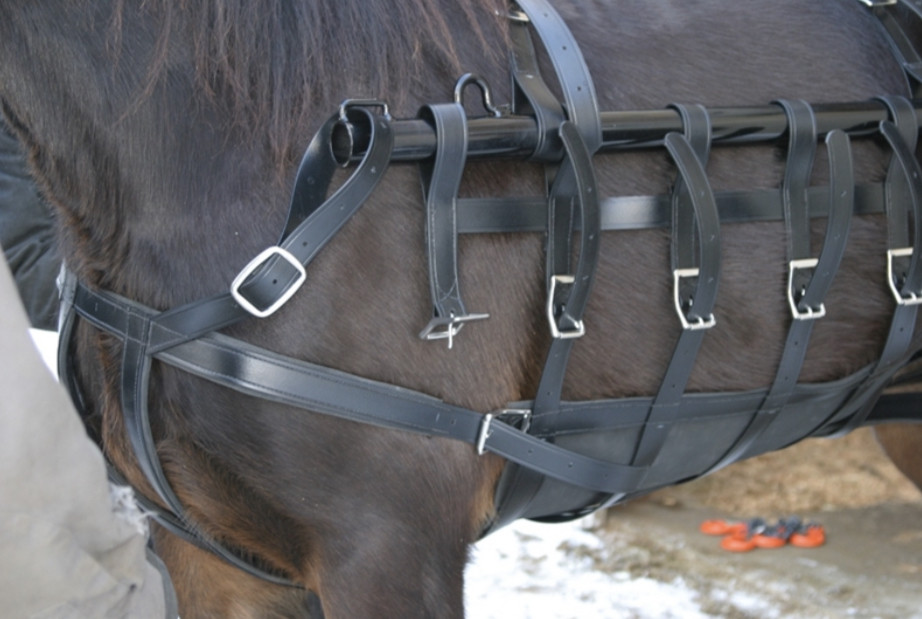 Now it’s just the weight of the raft and a few supports.

Not the answer you're looking for? Browse other questions tagged science-based robots travel extreme-terrain lava .

8
Illegal Steampunk horse racing after the apocalypse: What format is most profitable?

28
What is the best way to use my two portals?
8
Using Molten Metal as Mortar--Would it Work Today?
4
What could potentially lead to a AI/robot-driven post-apocalyptic world?
3
What kind of planet environment could best host aliens like *Battle: Los Angeles*?
9
What radio wave frequencies work best for communication between deep sea creatures?
24
What kind of magic would aid sailing the most?
8
What would be the best design for a ship maintenance bot?
10
Roombas scurry in my robot city, what kind of filth would humans be?
5
How to make a pump for lots of molten lead?