What observable traits set the MilkyWay apart from other Galaxies?

In a short story, Earth's humanity goes extinct due to a plague and a few thousands years later a space faring race plants a new seed of humans in attempt to restore what civilization used to be.

The Earth is effectively the same, though biomes may change and a couple thousand years of wild evolution have passed (so a wild dog might look a bit different but it's still clearly a canine). The method of "planting the seeds of civilization" is apparently instantaneous to the humans, as if one day, everyone just woke up as if they had just gone to sleep normally the day before. At that point, the seed planters take their leave and observe from afar without interaction. (The story spans hundreds of years as they observe)

It's just one big city, outfitted with the tools and resources necessary to farm, process, and produce what a population of that size would normally consume. The humans have been granted the know how on how to operate the machines and build a sustaining civilization. Satellites and cell phones don't exist but they would later be reinvented. Their next generation being the first humans that actually would need to learn how to walk, talk, read. Their parents are somewhat programmed to work together in building a sustainable "start" to the civilization (even if they aren't exactly aware as to why) and would come off as very literal and set in their ways while their children are more creative, looking at the world in increasingly philosophical ways.

Other than the knowledge of the world around them and how to survive though, these humans do not have a living past in memory. They don't have a notion of "where did we come from" and this first generation largely doesn't care. Their children though ask such questions, using the tools and technologies we have now and in the near future to rediscover the universe outside of the Earth. This generation spawning a renascence of invention and discovery in the absence of war and while crime is still a distant concept while everyone's needs are met. Some conflicts arise between competing theories and discoveries.

Without a history, polytheist stories (where the milky way got it's name in reality) or previous inspirations, they need something to name it. What observable traits set the Milky way apart from other galaxies? Also keeping in mind they don't have a distant probe to view it from anywhere but Earth. They can see distant galaxies while they are deciding on a name.

This naming period may last a few years as these fresh explorers catch up to our current real life astronomical knowledge and begin sending out orbital telescopes similar to our own.

Typical DM brain, I can make a world, but fail to find a good name.

The Milky Way refers to this glowy stripe the night sky. It is Milky because it is brighter than the other stuff and it is a way (road) because it is long. 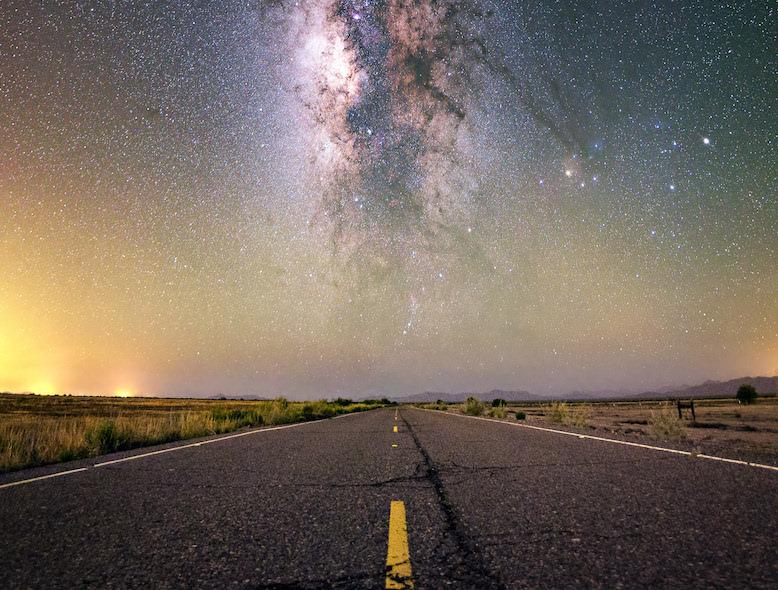 At first we didn't know what the stripe was. Later we realized we were inside a disk shaped galaxy and the glowy stripe was the edge of the disk. We kept the name, only now it refers to the galaxy as well as the glowy stripe in the sky.

Wikipedia says other cultures named the stripe after its shape and color.

Most of these have a long thing (river, road, path, snake) and a bright thing (fire, light, heaven).

I presume haymaker's way is because the haymaker scatters hay behind him on the road. And the stars in the sky are similarly scattered. There are many small lights and not one big one. If you want to use that, you can think of other things that might fall off the back of a cart.

Though perhaps this is not relevant if the people have already moved beyond the cart full of bales of hay level of technology.

How about the Dandruff Skyscraper?

What observable traits separate our own galaxy from the thousands (millions?) of other galaxies observable with telescopes?

We're inside it, so it doesn't even look like a galaxy. Astronomers once thought our galaxy was the universe; when they found that other "nebulae" in the sky were made up of individual stars they were first called "island universes."

So, until your "new people" build up a level of astronomical knowledge equivalent to about the middle third of the 20th century, they won't have any reason to believe the cloud of light in the sky is similar to the spirals and disks their telescopes show -- knowing that requires building up methods to measure the distances to stars, and then to other galaxies.

It might well be generations before they even have the scientific knowledge to use parallax to measure distance to the nearest stars, never mind build up the "cosmological ladder" that allows extending distance measurement to thousand, millions, and then billions of light years -- and it's only after the ability to measure the distance to at least the nearest galaxies that they have a real chance to discover that the live in one.

Therefore, any naming done in the first couple years will be strictly on appearance, not on knowledge.

Based on that, then, the river of light (not resolvable as stars without a telescope) that you see in a dark enough sky (which, BTW, is invisible from a city that has street lights and lit buildings) will be just a river of light, and there's no sensible reason for those first astronomers to call it anything else by "The River of Light".

Until science kicks in, they connect the dots into e.g. animals..

Q: "Without a history, polytheist stories (where the milky way got it's name in reality) or previous inspirations, they need something to name it. What observable traits set the Milky way apart from other galaxies?"

The earth is in a low density location inside a spiral arm of the Milky Way. That will yield a low star density, causing a sparse pattern. In another galaxy, there may be many more stars and dust clouds, but the initial naming procedure could be quite similar. Rather than connecting dots, entire shapes are recognized.

Connecting the dots into constellations

Every star gazing civilization so far "connected the dots" that is assign constellation names, according to their belief system and the shapes perceived. These names have no astronomical meaning, they are actually familiar shapes bearing a symbolic meaning, like "Sagittarius" (bow man) or "Bear". Eventually, calendars were made and an astrological system, that explained and predicted life.

Children like to assign animals, but every story will be different

These human children parachuted on Earth, when left on their own, would take a similar approach, but without any common consent. When they like animals, they will assign a dog, or an eagle, or a turtle constellation. As everything happens in a few generations, without cultural heritage, I think the constellation names may depend on the child's creativity. Symbolic interpretations like astrology will be absent, there is nu underlying belief system.

School will spoil it all..

When they go to school though, being provided with astronomy knowledge preset by a space faring race not familiar with ancient Earth, they would stop naming the constellations. Each dot will be classified individually, like Earth astronomers do, into parameters like luminance, color and variability. Stars will get systematic names and the children's constellations will get "debunked". A star previously seen as part of "The Dog" may turn out to be an entire galaxy, instead of a star.

The Milky Way is notable for being one of the largest galaxies in the Local Group, smaller only than Andromeda. It also has several satellite galaxies, so alternative names for the Milky Way could draw from the fact that it seems to "command" the sky.

The most notable observable trait is that the Milky Way can be observed.

The vast majority of other galaxies is too faint to be seen by the naked human eye. Andromeda is 3x the apparent diameter of the Moon but is invisible to us. We learned it was there when long exposure became a thing.

Asides the Milky way we can pracyically only see the Magellan Clouds, a couple dwarf galaxies. They look like a couple small clouds, hence how they are called. The visual difference from them to the Milky Way is that since we are inside the latter it doesn't look like a small cloud, but rather a humongous streak of milk across basically most of the sky.

Since we're bringing this question up again, I feel I should offer the counterpart to Daron's answer 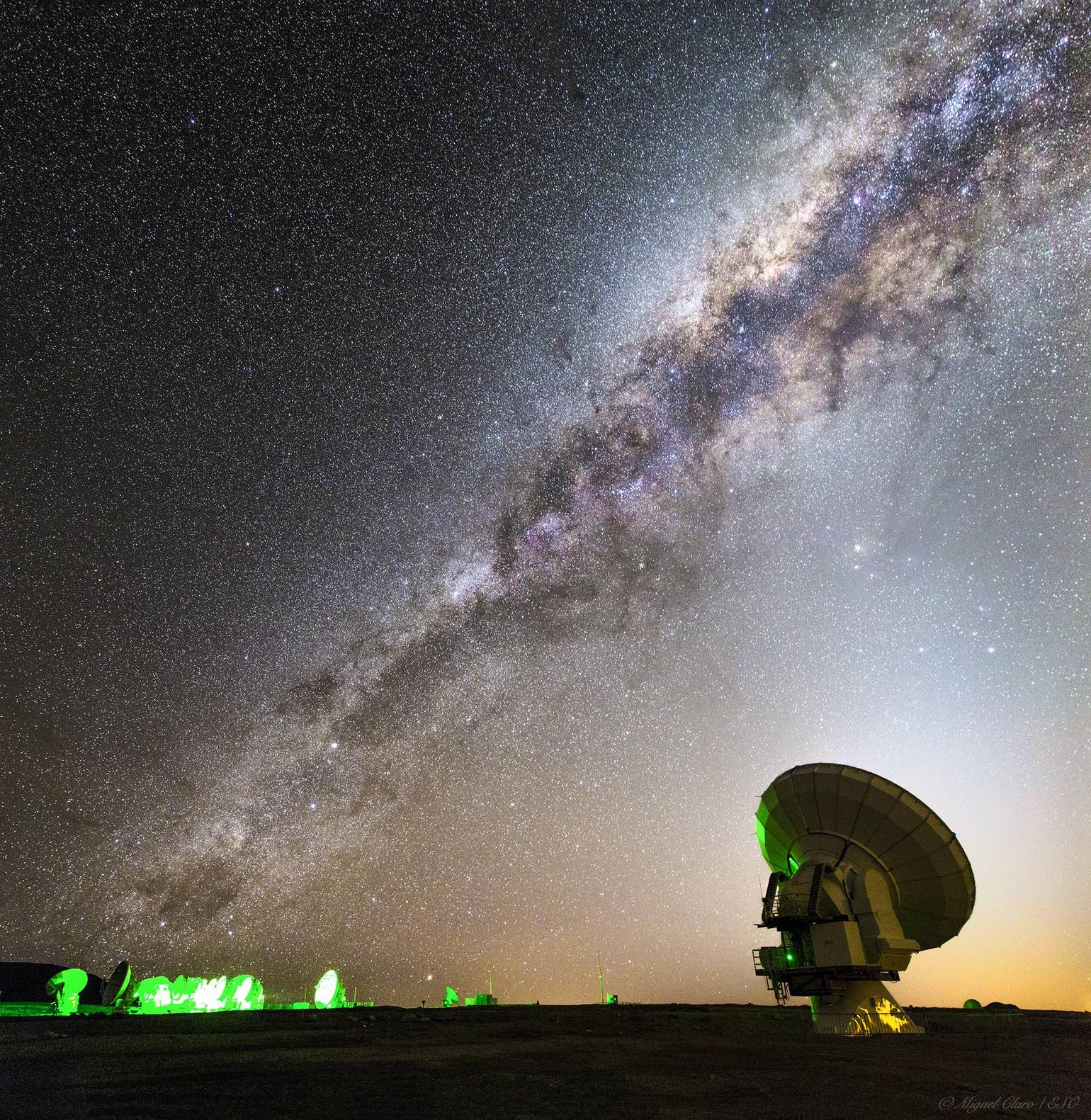 The Milky Way only looks like a bright streak when you're looking away from it, towards the galactic anti-centre (in the Gemini/Taurus bit of the ecliptic). The galactic centre is in Sagittarius, closer to the Southern hemisphere; and the most prominent feature, from this perspective, is not the bright but somewhat diffuse band of light, but the sharper dust clouds and nebulae that block out the otherwise much more dramatic starlight to form the Great Rift.

Civilisations close to the Southern Hemisphere (where Sagittarius rises higher) have often used names referring to this dark feature - "Shadow Path" is from Bengali. Not having great luck googling examples, but there's the dark canoe in the bright river of stars of North Australian Yolngu, and other examples of extremely Australian celestial features that are based on nebulae and dark spots rather than asterisms and bright spots, like the Emu in the sky

Sorry for the weak referencing, but I couldn't miss the chance to upload some Chilean goodies. Have this bit from the Very Large Telescope: 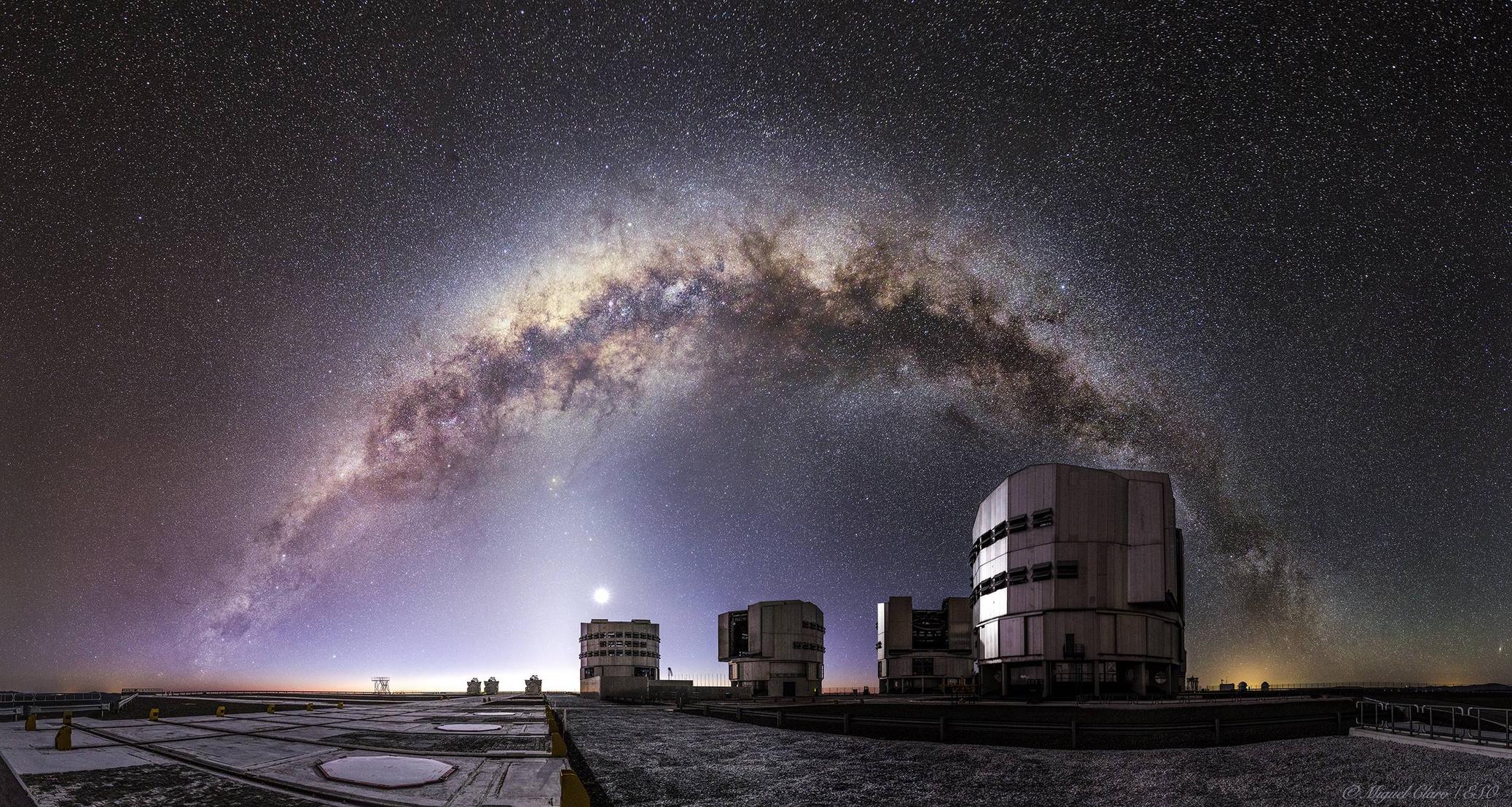 (Milky Way from the VLT, Atacama desert, by Miguel Claro)

Cosmology demands, that no spot is special. Milkyway is just another galaxy, it isn't more special than others. Only because it is home to humans, they think it is special because of that. But technically, it is not extraordinary.

The only other trait that makes Milkyway special to humans is, that they live pretty much in it, making it easier observable, but that isn't special: would Earth be in Andromeda, we'd see Andromeda as that special. It is just a direct result of where our telescopes look from.

Not the answer you're looking for? Browse other questions tagged science-based space humans .

7
Taming wormholes
5
Unplanned Colony: what industrial level could be recreated in the short-term?
5
Classification of types of Civilization
9
How could an alien mine exist under a planet's surface without humans detecting it from above?
1
Feasibility of space faring centipedes
10
Could 1950s technology detect / communicate with satellites in the solar system?
16
I come out of hyperdrive as far as possible from any galaxy. How isolated am I and what do I see?