How Would Humanoids Form Their Own Gems?

Sequinoans. This strange race of Amazonians has many unusual traits, but the foremost our scholars are concerned with are their gems. You see, Sequinoans somehow form gems naturally, perfectly smooth and colorful gems that resemble cut opals in shape and a mix of paint swirled together in color.

The question is, how do they form these gems? This ability clearly concerns magic, but at the same time, it must have a biological basis to exist.....so how are the Sequinoans making gems like this?

Take into account the above traits to explain this unusual ability; ie. how Sequinoans create gems with these properties. This answer can include magic but should be based in biology and natural selection, with little to no use of magic at best, much like the answers for this question.

Finally, let me know if changes are needed; I appreciate feedback!

The question suggested to be a duplicate of mine is about an organism forming a diamond, mine is not. It is about a specific species of humanoids forming a gem with specific properties, but is almost certainly not a diamond. I can certainly understand the confusion, but they are not the same question!

The closest I can think to your gems is the deposition of mother-of-pearl, or nacre. I personally and others on this site have discussed this as an alternative to bone for organisms due to it's great strength and flexibility. It is biologically produced and formed of complex layers of aragonite. 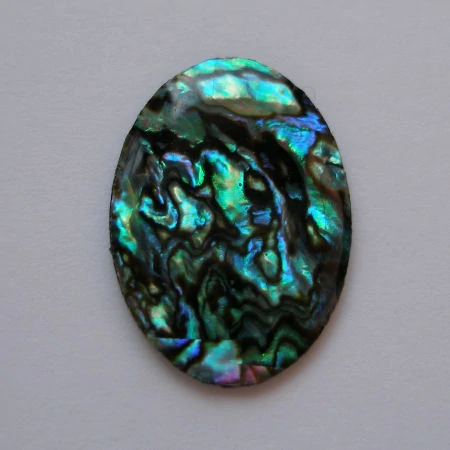 As for your properties, I already mentioned that it is quite strong. Your "fluid" depositing could simply be a matrix of cells similar to macrophages that fill the hole and gradually calcify into a solid mass of nacre. As a justification, perhaps your species is especially vulnerable to bacterial endocarditis, and the gem forms entering adulthood when new growth slows and the heart becomes vulnerable. At a wound site, this tissue could be a highly localized source of natural antibiotic. As the need for this antibiotic lessens over time, it also calcifies, but in the meanwhile, it acts as a local concentration of the antibiotic and also the macrophage-like cells that are likely involved in immune response to bacteria.

The intensely striated layers of nacre could potentially account for the other properties of the material. The nacre layers may inadvertently function as a capacitor in your organism if the layers alternate a conductive material. Scientists have used a nacre-like material who's conductivity is increased as the material is stressed, and striking a charged gem consisting of a similarly striated material alternating conductive and non-conductive layers might potentially cause a discharge if the stone somehow became charged up.

As for light, the most likely scenario is that the gem becomes coated with luciferase, either in the form of enzymes produced during growth or bioluminescent symbiotic bacteria resistant to the antibiotic. The light is produced as a result of stress to communicate this stress to other members of it's species. Release of substrate or chemical signal causes the illumination. Obviously being electrocuted (exposed to electricity) would be a stressor and result in glowing. The glow serves as a warning to others, a signal of need for assistance, or even a way to attract the attention of animals, depending on what the life cycle of your species looks like. 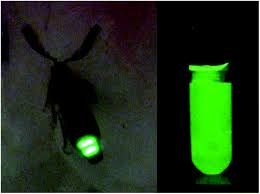 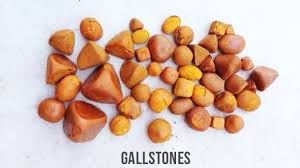 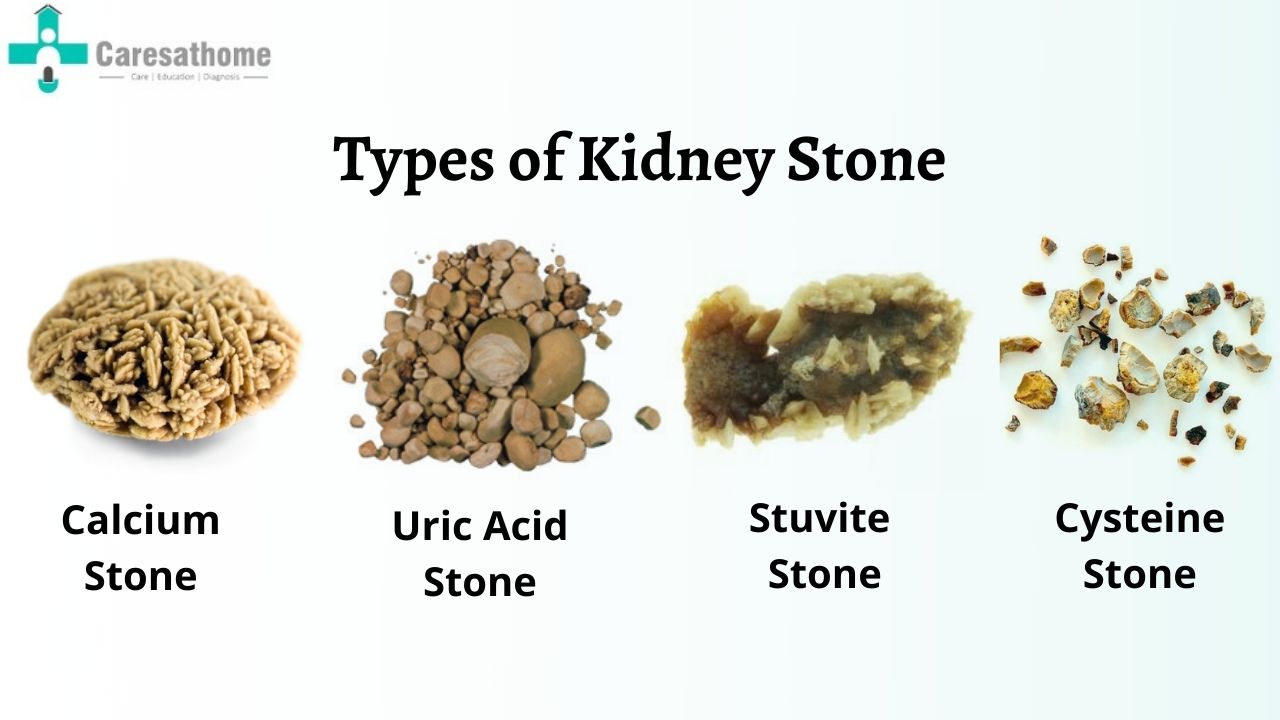 While they are not exactly shiny and attractive like the Arkerstone, the process for making them is in place.

It also happens that opal, a shiny stone, forms by slow deposition from a colloidal silica gel. 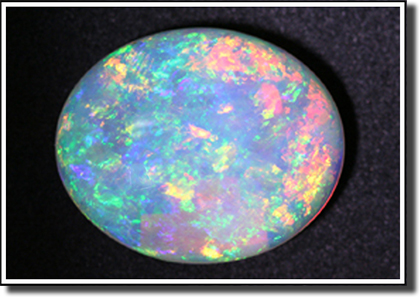 Add some enzymes and that can happen faster in a biological organism.

It can be a process developed to take rid of some substances which are harmful for the organism, the same way as some desert life forms secrete concentrated urea extracted from urine to save water.

The Sequinoans' skin secretes two different varieties of sebum - the normal one, and a silica-calcite rich one in specific points (normally only the suprasternal cavity, where a specialized fold of tissue projects from the manubrium into the incisura jugularis sternalis).

The result is a growing crystalloid with strong piezoelectric, triboluminescent and thermoluminescent properties: it is, in fact, more akin to a liquid amorphous crystal than a solid crystal. It's not really indestructible, but it's very resistant to shocks and could plausibly hover around 8 on the Mohs scale. Addition of carbon and boron, while difficult to justify, would allow an additional Mohs number on top of that.

The magic lies in how the gem's lattice gets to accrete itself. In nature, you wouldn't have anything similar (maybe an oyster's pearl, but that works differently). Here, you do (because magic).

Sequinoans start forming these gems when they start puberty: CHECK. Sebum secretion is hormone-controlled and changes markedly during puberty.

and until then they have a gem-shaped niche, lined with pink skin, below the collarbone and above the breasts (where a locket would normally hang). When the time comes, this niche will start secreting a strange fluid which wells up and hardens like amber, forming a gem. And if removed (see below), the Sequinoan will form another gem: CHECK. Actually, the gem will either be removed or will naturally fall after some time when it grows too much (we can imagine that the presence of a "mature" gem might slow the secretion, but that isn't likely to work indefinitely). Development, however, will take several months. Plausibly, more and more so in old age.

they found that these gems can be painlessly removed by the owner when they feel like gifting one, that they are practically indestructible (taking hits from steel weapons or fallen rocks without even a scratch): CHECK. They ought to be removable through gentle squeezing and prying open the niche's labia.

they glow when a Sequinoan is agitated or exerting a lot of energy, as in combat, as well as when exposed to energy sources like an electric battery.: CHECK. These are two different effects actually: thermoluminescence in the case of "exerting energy", and electroluminescence when exposed to an electric potential. The potential is stored just like any other capacitor, and will be either slowly discharged through luminescence, or in a single shock if touching the stone with a metal object or the bare hands.

When a Sequinoan is seriously wounded, enough to induce the development of a scar, the wound will produce new skin cells, pale pink ones, which will then form a gem within the scar: CHECK. The gem would be smaller, and probably only renew once or twice before the keloid is reabsorbed. But of course you could have it become permanent because, you know, magic.

And that could be just the beginning.

A mixture of cultural lore and biological effects can imbue the stone with as much significance as you want. The Sequinoans might believe it holds a part of the owner's "soul", for example. They might keep the gems of loved ones, which would lead to the creation of beautiful cemeteries that other people might regard as treasure caches, like the fabled elephant burial grounds.

The stone's behaviour might come to be considered a proxy for some characterial or behavioural trait (imperfect or dull stones considered a stigma, for example).

It might be an erogenous zone (actually, when engaged in a specific kind of vigorous physical exertion, all sort of effects might arise from the contact between two Sequinoan's stones and their electric charge. They might come to believe that the frontal sex position has a transcendental significance - or, like John Varley's Titanid triple-sexed centaurs, believe that non-frontal sex is not real sex, just gymnastics).

Not the answer you're looking for? Browse other questions tagged biology humanoid low-fantasy .

6
Is there any biological reason an extremophyllic organism could not make a diamond?
3
How Can a Bug Larvae Hijack a Robot?

8
Could the biological capability to control their reproductive process justify a matriarchal society forming?
12
How to reconcile vitalism with science within a fantasy universe?
0
Making a Predator For Bitbugs
0
Effects of Remnants on Monsters
0
Explaining Falscale
6
Explaining Alien Monsters: Gargoyles
3
Canidrakes: Determining Their Niche
0
How Can a Creature With Rock Armor Also Have an Inflating Head?