What would be the most useful were-animals? [closed]

I'm trying to develop a set of "were-animals". The rules of this universe are pretty classic, were-somethings turn into their animal counter-parts on full moons, and once transformed, they look like dark, twisted, amphetamine-abusing versions of said animals.

They also have related powers and personality traits in their human forms. The inspiration for these can come from the real animal or legends and folklore. For example were-wolves have a supernatural sense of smell and a tendency to form packs, were-foxes have a genius mind and a cruel sense of humor, were-sloths can take up to 10 naps a day, etc. The animal can be anything from ant to whale.

Do you have a suggestion to expand this list?

The proposed were-beings should have useful abilities either in the context of a war or for everyday tasks.

Both transformed and human forms count. Transforming into a were-tarsier sounds pretty lame, but being able to see behind your head can be useful in many situations.

The story is set on an alternative Earth, either in the 70's or 80's. A class of were-things can have a rich history, been the most important of all were-beings in the middle-ages and be completely useless today. What matters is that their powers have been either extremely dangerous or useful at some point of History.

They can work as woodcutters and become were-beavers and gnaw trees at enormous rate like the Woodie character from "Don't Starve"! 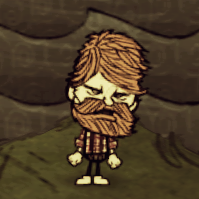 Not the answer you're looking for? Browse other questions tagged magic creature-design fauna shapeshifters or ask your own question.

26
Can every animal eat most other animals?
4
How different would have brained animals evolved if there were mirrors everywhere in nature?
9
What would terrestrial animals derived from cnidarian ancestors look like?
3
What choice of magic arrows would be most useful against modern military
10
What kind of animals are my trolls?