What are the implications of moving every celestial body smaller than a planet into earth orbit? [closed]

All celestial bodies significantly smaller than a planet within our solar system (asteroids, debris etc.) are moved into an orbit around earth. The method of achieving this is not my concern.

I know there is a somewhat similar question, but I find it different enough to ask this question.

As always, thanks for your time!

This would be a big problem.

Then there is the Oort cloud.

The Oort cloud is at the edges of our solar system and it is huge, literally astronomically huge. It also turns out it's fairly massive. The exact mass of the Oort cloud isn't known, but estimates put it between four and eighty times the mass of the Earth.

Anyone who adds eighty Earth's worth of mass into orbit around the Earth is not going to have a good time. There is a perspective shift here, and it might make more sense to say the Earth is orbiting the debris. A lot of the effects are going to depend on the balancing of that mass in orbit around the Earth, needless to say, it's not going to be a simple task. Such a thing could be stable, but only for a short period of time, it's far too much mass to keep track of and maintain. It's also far more material than could conceivably be needed for mining, but we passed that threshold when we brought the entire asteroid belt (with a dwarf planet) in for mining.

Moving that many bodies into near earth orbit is going to have serious implications because none of those orbits are stable and collisions will be frequent and spectacular.

For a visualization of this process of decaying orbits, check out this video made in Universe Sandbox 2. Something is going to hit earth and chances are, it will be big. Anything with orbital velocity above 10km in size is going to be a huge huge problem. Maybe not enough to boil the oceans but definitely an extinction level event. 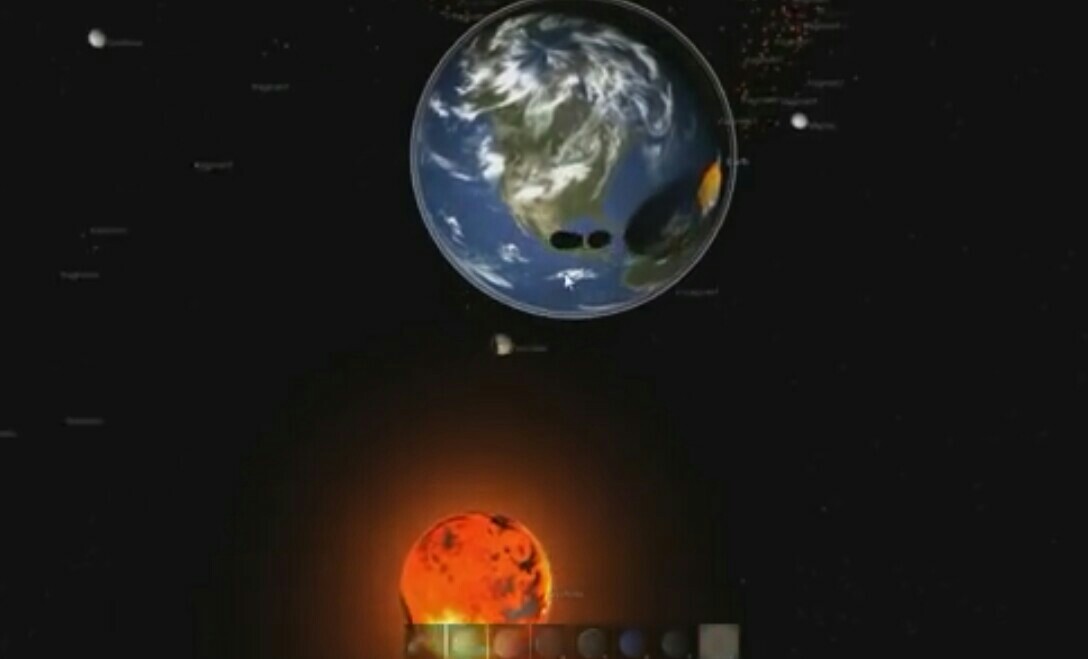 4
Sol economy: What is optimal for production on earth?
2
Celestial bodies and gravitational effects on the Earth

39
Habitable moon of a gas giant: working out the sizes and distances
4
What type of celestial body could pierce an Earth like planet without loss of trajectory or minimal loss of speed?
5
Orbital configuration for a stellar beacon
8
What kind of specialists would study ancient alien technology?
6
Energy costs of giving Mars and Venus moons: moving gas giant moons vs. capturing a rogue planet?
18
Can a habitable moon rely on the magnetosphere of its parent planet for radiation protection?
3
Could co-orbital planets also be double planets?
7
Concerning asteroids and a trojan habitable planet
4
Would a spherically distributed solar system inevitably become flat, i.e., develop a plane of the ecliptic?
6
Earth-killer challenge