What would be the consequences of detonating all nuclear weapons on the edge of space?

In today's Dr McNinja, the Vice President of the US (who is also a wizard) detonated all of Russia's nuclear weapons on the edge of space at once: 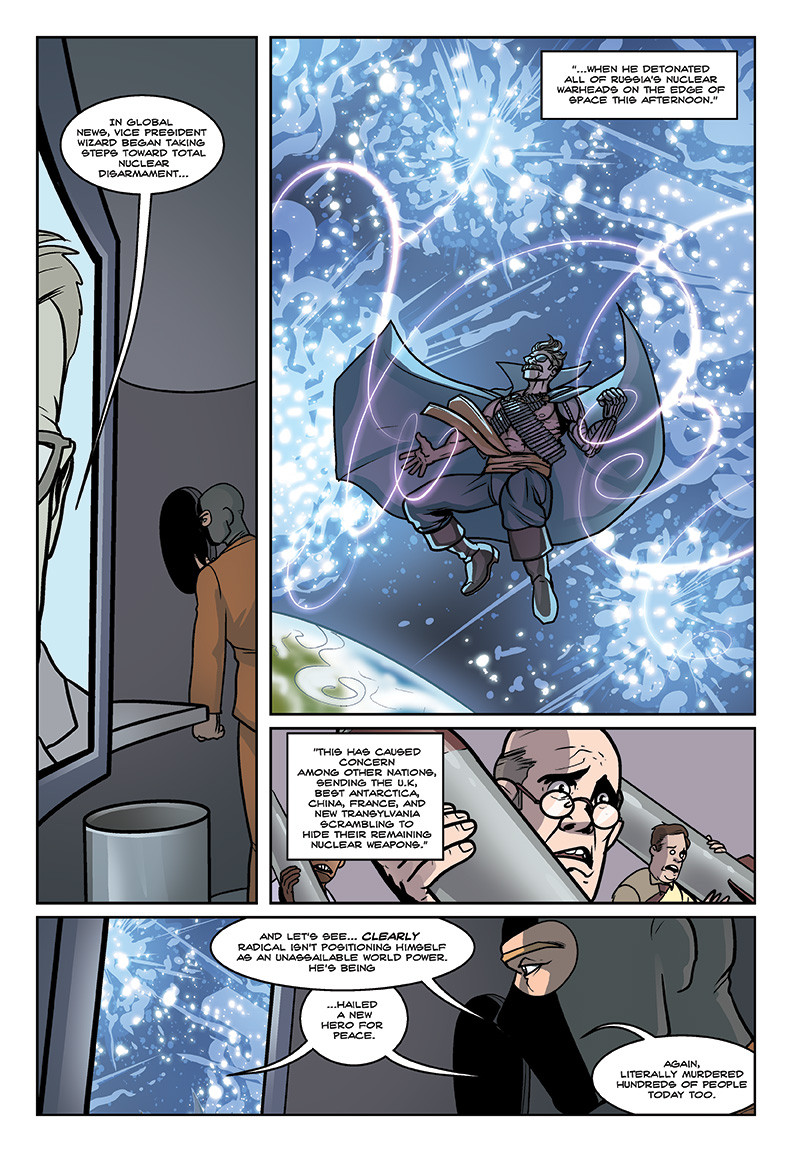 Since Russia alone has more than enough nukes to end civilization, let's take it Up To Eleven and say Vice President Wizard destroys all other nuclear weapons as well, citing that "noone, not even President Radical, should need this much radness".

According to the most recent estimates, there are over 17,000 nuclear weapons. What would happen to Earth if all these weapons were detonated all at once on the edge of space (which we set at 100 km high for the sake of clarity)?

A nuclear EMP occurs when a nuclear device is detonated in the atmosphere. This wouldn't destroy all our electronics, but it would most likely knock out all the power grids. While people are sitting in the dark, days to weeks after detonation, they may notice a metallic taste in the air.

We would avoid a nuclear winter situation because there wouldn't be significant soot/smoke put into the atmosphere. However, there would still be 17,000 nuclear weapons worth of radioactive material in the upper atmosphere raining down across the globe. Areas along the jet stream would be most affected, but no one will avoid being irradiated. It's difficult to determine the effect of this, but with so many weapons there is a good chance that everyone gets a lethal dose of radiation. When the US was testing weapons in the Nevada from 1951-1962, everyone downwind was irradiated. 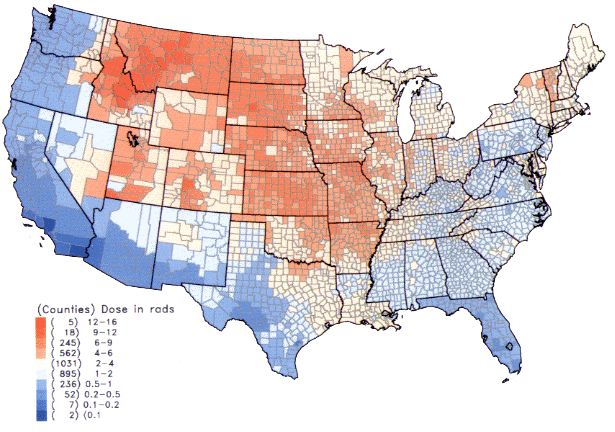 In the worst cases, people got around 12-16 rads. Although one government report said that:

children living in St. George, Utah may have received doses to the thyroid of radioiodine as high as 120 to 440 rads

For humans, whole body LD50 for acute radiation syndrome is 400 rads. This is from fewer than 100 above ground tests over 11 years. Detonating 16,000 at once will easily provide enough radiation to harm or kill everyone on Earth.

Besides EMP and radioactive fallout, the detonation of thousands of nuclear weapons at the edge of the atmosphere would also have many of the effects we recognize as being part of a nuclear attack.

The release of energy from the nuclear weapons will send a flood of high energy radiation and photons streaming outwards in a spherical shell around each detonation. The X ray pulse causes the EMP burst, but the ground will also be irradiated with high energy gamma rays, as well as huge amounts of infra red radiation. The gamma rays (and neutrons) will deliver high doses of radiation to the ground, while the "thermal pulse" will ignite exposed flammable materials. Assuming the nuclear weapons are detonated roughly evenly around the world, you have just initiated a globe spanning firestorm. The world will not be able to deal with this, as power grids are down, eliminating things like water pumping or even communications grids to dispatch fire fighters (most of whom will be dying from radiation poisoning anyway).

So the effort to create world peace by destroying nuclear weapons is going to result in the peace of the grave. Detonating nuclear weapons in the atmosphere or even near space will be almost as bad as an all out nuclear war. The only "benefits" of doing it this way are the amount of radioactive fallout is reduced (no ground bursts to suck up soil and irradiate it along with the release of radioactive materials from the bomb itself), and the shockwaves of nuclear detonations will be largely dissipated by the thinness of the atmosphere and the distance from the ground.

Not the answer you're looking for? Browse other questions tagged science-based environment weapon-mass-destruction .

11
What would be the outcome of a nuclear war between India and Pakistan?
18
How far would I have to be from a nuclear detonation in space in order to survive it?
2
If all of the world's nuclear weapons were simultaneously detonated in one place, what would be the effect of this on the opposite side of Earth?
3
What would happen if all the Earth's nuclear weapons exploded?
5
How many people would survive the nuclear winter after a full-scale nuclear war, and where?
11
What kinds of third-world countries would survive nuclear winter?
40
What are the consequences of wishing for 'all' the gold?