A scientifically plausible explanation for an "explosion of shark evolution"

It's virtually a platitude among scientific studies that sharks have changed little over their 400 million year+ evolutionary heritage. On the one hand, sizes span from tiny varieties to leviathans like megalodon and heads can look as bizarre as a hammerhead or feature vertical-oriented jaws like helicoprion. But on the other hand, the basic shape and proportions are nearly identical and would be recognizable no matter which epoch in natural history we pull them from. The uniformity is especially striking if we consider that over similar periods of time (and yes, I'm cherry picking, but still):

An excellent quote on the subject by Andrew Lo:

The great white shark is so finely tuned to its environment that almost any change to its anatomy or behavior would make it worse off. And because of natural selection, any less well-adapted shark would be out-reproduced in the long run, or perhaps even more suddenly than we think.

These finned fellows are at the bleeding edge of the evolutionary arms race to have survived so long with so little changes. The only threat I can think of would be killer whales, which have been documented to kill great white sharks. But for my world, I just want to devise a environment-triggered explosion of shark adaptation and differentiation. 400 million years is a long time, no doubt about it, but it's not that long considering the entirety of earth's history.

That said, I'm not entirely sure it can be done because even something as extreme as a near world-ending extinction event like a giant meteor crash didn't disturb shark's evolutionary direction all that much. But maybe I'm thinking about it the wrong way. I'd imagine nature has a whole bunch of aces up her sleeves for this kind of challenge.

Purely for fun (not even that different-looking): 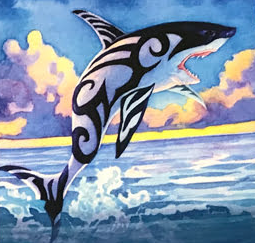 Is there anything in earth's **billions** of years of history that we can bring to bear to offer a scientific explanation for a huge uptick in the degree of adaptations of sharks (analogous to rodents evolving to elephants)?

Quality metric: Size and head shape are good starters, but answers that can deliver explanations for entirely different body proportions or parts would be preferred.

In principle, if one had a lot of empty ecological niches and only few, very few, starting species, over time those species would evolve to fill all those niches. That would be the generic idea. How could that happen? Well, an event like the impact which wiped out the dinosaurs is a good example of "niches swiper".

I am not a selachimorphophile, so I cannot rule out that there are sharks which are more generalist than the great white shark, but what I exposed above would work surely better if there was the shark equivalent of a racoon or the like. Pandas are cute and all, but they also show what can go wrong when a carnivore tries to walk backward in the evolution path.

Now, the one thing that can absolutely drive speciation and sudden evolution is a large number of vacant niches. We can see this for example in Charles Darwin's original study of the Galapagos islands, where the finches of the island, which originally were all the same species, had specialized into varying niches such as insect eating, tree nut cracking, etc. With that in mind, I have one solid way of creating those vacancies.

One of the biggest problems with toxins introduced at the bottom of the food chain is that they concentrate in the individuals higher up in the chain. This was seen in eagles with the use of DDT to kill mosquitos. Although it had minimal effects on the birds and animals that preyed on mosquitos, once it had concentrated its way up to eagles, it reached toxic levels that weakened their eggs to the point of inviability.

With that in mind, imagine that green algae (a major staple in the ocean ecosystem) suddenly mutated to produce a compound that made it much more viable. Unfortunately, in high concentrations it happens to be deadly to animal life. Que toxin up-propagation. Your sharks of course, just so happen to be immune to this toxin!

This would be a catastrophic extinction event for most predators and omnivores who would suddenly be killed by their primary food source (herbivores who have consumed the algae). With nearly every predatory niche in the ocean if not vacant, at least decimated, sharks would be in a prime position for a vast species radiation. 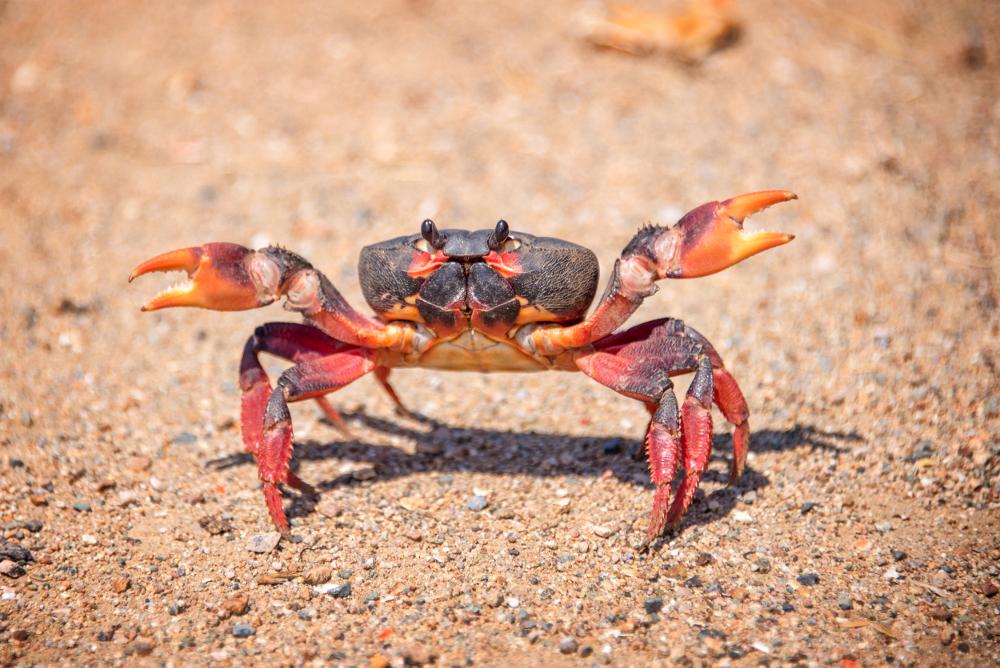 But what if an existing nich opened up again? Then the shark could evolve to fill it. Crabs have evolved several times independently during the world time and it is believable it will happen again whether we like it or not.

I propose there are no more sea crabs (Cancridae) after they all fell off the rim of the Earth because they were walking sideways and not looking where they were going.

Whether the non Cancridae crabs also fell off is up to you.

A one off genetic engineering event or nuclear accident that rendered mutation far more common? The latter is not as daft as it sounds; getting an extremophile shark isn't too implausible, and after that you have a great excuse for rapid mutation and adaptation to any other environmental pressure, as well as a reason why existing shark species get outcompeted by the otherwise weaker newcomer.

15
Scientifically plausible lightsaber
4
How does an Alien world have Earthlike creatures?
50
How would you know your floating island was losing altitude?
7
The plausibility of a mind-controlling and genome-altering pentastomid
6
Is it plausible for a world without fossil fuels to have developed naturally?
7
How long and heavy can a tentacle tail get relative to the animal it's on?
7
These Primates Don't Look Like Primates. How to Fix Them