How would an entire static city that floats on the water be designed? [duplicate]

Ask Question
Asked 5 months ago
Modified 5 months ago
Viewed 179 times
2
$\begingroup$
This question already has answers here:
What is a better design for a floating ocean city - monolithic or a fleet of interconnected modules? (8 answers)
Closed 6 months ago.

I'm writing a sci-fi story which includes what I'm naming "buoyant cities". They're cities that can house about 150,000 people, with fully functioning electricity, plumbing, waste management, police force, fire department, and medical services. This city isn't really all that practical, but more a show of the country's capability to construct such cities and form a plan for remaking flooded coastal cities. I've come up with two designs that I think could work, but I'm awful at physics so they may look completely nuts. 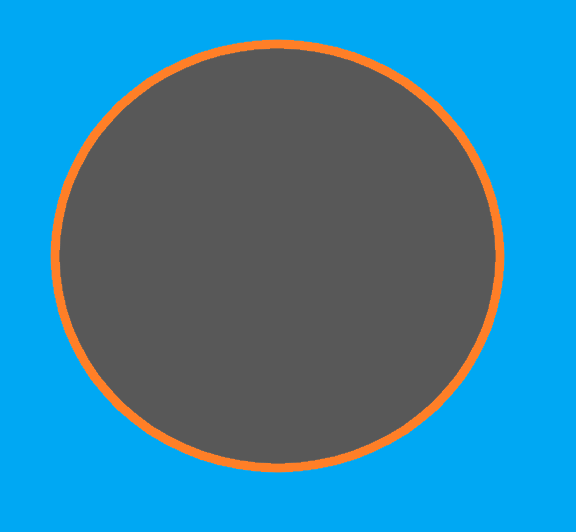 This depicts an enormous single body for the city, where the gray would be the region of buildings and other infrastructure. The orange on the outline would work as a buoy, where it could be filled with regular air to float or maybe lighter elements like helium. I'm not sure if this would be able to support the entire city (I highly doubt it) but it was the first design and thought I should mention it. 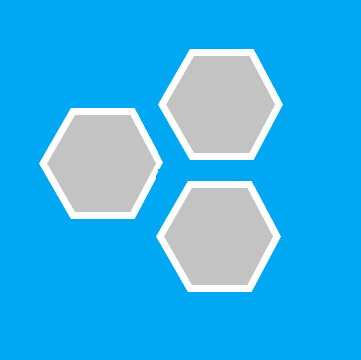 This second design is a trio of hexagonal plates that are separated by little gaps in between. This one would have the white as the buoy with helium (or hydrogen if there's a safe design) and the gray regions being the actual city. This way the city is broken up and can be held up easier in the case that the previous one would just sink. I'm more confident in this but still unsure.

I'm asking to see if either of these designs are plausible, and if there are any other realistic alternatives that I couldn't find. You can probably tell that I have no clue how physics and buoyancy works so sorry if both of these designs are absolute insane and wasted your time. <3

Your hexagonal design is a reasonable beginning. I think the vast majority of the tiles will be square like the chinampas of Lake Texcoco, but a wide range of hexagonal and triangular tiles will be available to allow variations in the geometry. Also, the air isn't kept in vulnerable bladders, but as part of a waterproof aerogel that would have to be physically shredded to sink the tile. Transit routes in the city need to be straight, which is why the squares, but they also need to be dendrimers, hence the need for places where the angle of the street-grid changes.

The most important thing is not to neglect the seabed. A successful floating city needs to be firmly anchored for power generation and security in storms. For example, in 2070 the SAU constructed the city of New Miami on the Mona Seamount northwest of Puerto Rico, initially as a means of projecting its territorial claims over its northern waters while housing refugees, but also as an economic option in support of the ill-fated Floridian Secession movement. The diamond-graphene-lonsdalite cables connecting it to the sea floor are over a kilometer long, but they permit wave energy to be extracted in the outer zone of the city, and tidal power to be harvested everywhere. Power harvested from this and solar panels, sent via Puerto Rico and Hispaniola, remains a substantial source of income for the city.

The cables are cross-linked into a regular hexagonal array well below the surface of the water. The floating islands have no propulsion mechanism other than following the cables like a barge on the Erie Canal, so these are essential for periodic reorganizations of the city structure. (Note that the tiles always remained anchored, but they do not necessarily have to remain anchored to the same seabed cable)

The outer zone contains the most inexpensive and durable structures, as it is exposed to weather. Aquaculture, docks, playgrounds, tennis courts, bulk solar collectors ... anything with light components well reinforced against winds and salt water. Waves are dampened by repeated power harvesting as they move into the city, until the tiles are able to remain in precise register the majority of the time. The inner zone is able to connect highways. Large areas of the inner zone share common roofing (or the ability to mount it quickly) with light, tough polymers, allowing hurricane winds to breeze over the city with minimal disruption.

Inner hexagons tend between two extremes: tall buildings and deep fertile soil. As vertical agriculture is well developed, the deep soil is not necessarily associated with food production, but it is needed for the forested retreats and wildlife areas that keep the city from feeling like a boat trapped at sea.

Using density to lift the city is virtually impossible due to the weight, instead, you should make the city a circular ringed structure, with high walls made of a strong material. The walls would effectively turn the city into a giant ship, with carbon nanotube anchors keeping it from floating away. Combined with a buildings that are made to be lightweight, the city could float on water

There is a previous question that will answer the monolith/cluster aspect, so I'll only pick on the parts that doesn't address.

Hydrogen/Helium for buoyancy: Totally redundant, too expensive and hard to maintain. For buoyancy relative to water, air is perfectly good enough.

Using an external ring for buoyancy: Insufficient at scale, the loading will go to pot if you try it. Buoyancy is a matter of displacing a sufficient volume of water for the mass that needs to be supported. 1 cubic meter is 1 tonne. Give yourself a margin for loading and movement on top of that as you'll have to consider things like the entire population going to a festival on one (side of the) island in your city. Ensure the city island as a whole floats and then use the outer ring as that margin for error. Prohibit expansion onto the outer ring, set your story in an illegal shanty town built on the outer ring.

Consider storms: Day to day you can quite happily live in a Dutch houseboat on whatever body of water you choose, normal weather won't bother you, it's the extremes that will destroy your city. The extremes already make a mess of coastal cities that aren't floating. A good storm has a solid chance of absolutely shredding a floating city.

You can of course handwave most of this away. You could also make any one of them a plot point. Floating cities aren't particularly realistic but are a reasonably acceptable trope in a global warming, rising sea levels, world.

Large numbers of people living in floating settlements already exist in the real world. They are called cruise ships.

As of writing, the "Wonder of the Seas" is the current largest cruise ship in the world. It can carry a maximum of just under 7000 passengers, and contain facilities for electricity production, plumbing, waste management, security, medical facilities and fire safety officers. The only thing it lacks that you are looking for is to be scaled up.

So simply build 20-30 of them, and attach them all together with cables and walkways. The overall design can be enhanced by designing individual units to better fit together, and possibly share infrastructure. Overall, connecting large numbers of ocean going vessels is probably going to be a much more realistic construction method than building a dedicated sea-city.

Not the answer you're looking for? Browse other questions tagged internal-consistency cities .

15
What is a better design for a floating ocean city - monolithic or a fleet of interconnected modules?

33
How can I ensure my cities don't all look the same?
3
Culturally Correct Wall design
6
Iterative urban design rules?
4
What parts do I need for an airport, and how large does it need to be?
11
Urban centers for octopuses
24
Could an accidental fire in a modern city without another disaster at the same time burn down the entire city?
3
How realistic is the placement of the cities and borders on my map?
8
Geographically, how large would a very populous city during the 16th century be?
1
What population size is reasonable for a moving, steam powered, predatory city?