How can I get mostly-hydrogen-sulfide seas (with lifeforms in them)?

The lifeforms don't have to use hydrogen sulfide as a solvent. Maybe they've got an internal water-ammonia eutectic mixture or something; anyway, it doesn't matter. The point is, I want an ocean of cryogenic hydrogen sulfide, and I want some kind of creatures living in/by it.

Except... carbon has a higher affinity for hydrogen than sulfur does, so hydrogen sulfide isn't actually geologically stable on carbon worlds, either.

Thought two: maybe its a really small world, like Io, such that the lightest volatile chemical it could hold on to during formation was hydrogen sulfide.

Except, if there are lifeforms there (and no oxygen, because hydrogen sulfide, and no atmospheric hydrogen, because small world that can't hold onto it), then it will be energetically favorable for heterotrophs to strip the hydrogen off of sulfur to produce methane--and both methane and H2S are easily photolyzed (because no ozone layer, because no oxygen), so hydrogen will be lost, carbonaceous biomatter and H2S will be converted into methane and solid sulfur, more hydrogen will be lost, and the sea will dry up.

Thought three: maybe it's just a really cold, otherwise Earthlike world, where water is frozen out.

Except, water and H2S form a relatively high-temperature gas clathrate, so water ice would just trap all of the H2S, unless there's a truly enormous quantity of it.

So: is there a plausible way to get a sea (it doesn't have to be a huge ocean, just definitely "sea" sized) of hydrogen sulfide, which is geologically stable, on a world with lifeforms of some sort?

I think the lifeforms are the key to this, the sea isn't a purely geologically derived feature but a biological one. Earth didn't always have oxygen, our current atmosphere is the result of a massive pollution event caused by the toxic effluent of the first photosynthetic organisms to evolve here. The sea of hydrogen sulfide is similarly the byproduct of an organism which has no use for it. I suggest that it will be relatively shallow and there will be mats of algae/bacteria on the seabed using the sunlight that filters down to chew sediment and produce a number of wastes including but especially H2S. If it's cold enough to have a sea of H2S at all then the sediments can easily include rock hard frozen water as one potential source of hydrogen. The H2S isn't geochemically stable over any extended time frame but is constantly being renewed, just like our atmospheric oxygen load. 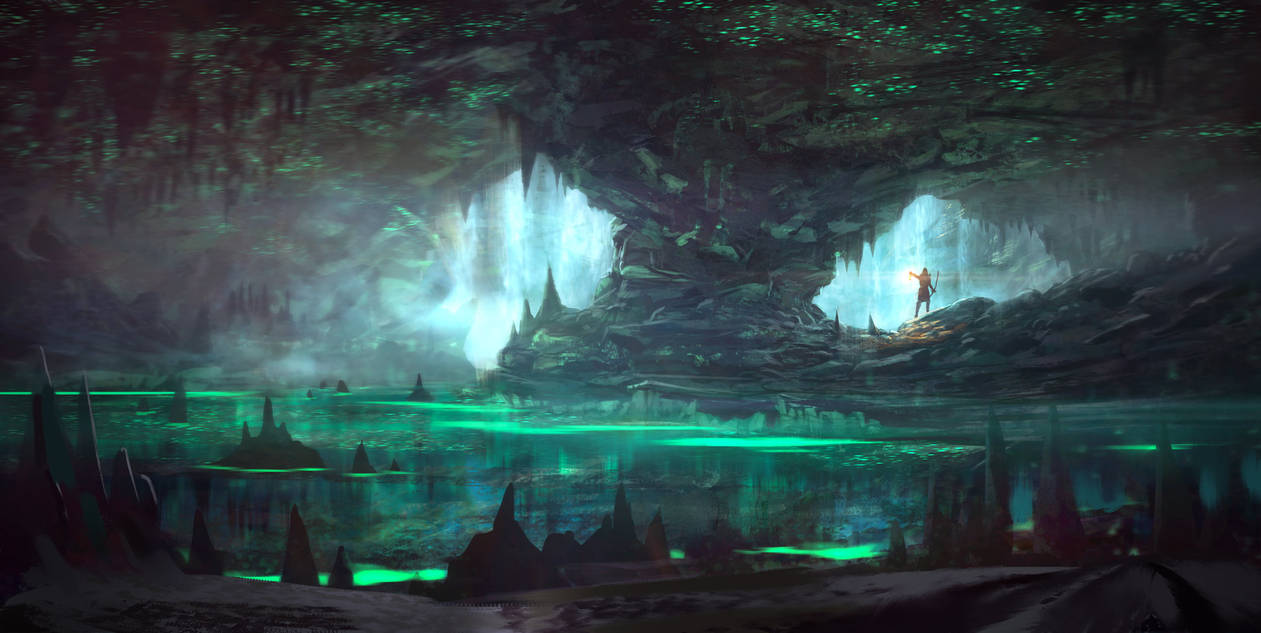 Your sea is deep under the surface. Atmospheric pressure at that depth is high, and it is warm. The heavy H2S is well below the topside world of light and oxygen and nitrogen. Solid rocks and metal in between keep it from mixing. Explorers need to bring their own oxygen supply.

Not the answer you're looking for? Browse other questions tagged planets xenobiology chemistry .

7
Transporting water in liquid methane
7
How would an ecosystem based around chemotrophs produce oxygen?
9
A reciprocal metabolism is needed on a world overrun by crazy plants
8
Ecology with methanogenic respiration
6
How can a rogue planet get energy for plants to use?
4
How could octopus-like creature evolve to live on land?
2
Can it ever make sense to breathe sulfur?
2
silicon based chemosynthesis?
4
Would Chlorosian photosynthesizers produce chlorine or oxygen?