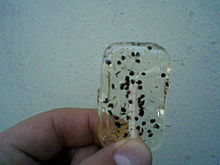 Not the answer you're looking for? Browse other questions tagged creature-design environment .

22
How much land area do my land-based animals (herbivores) need for food?
19
How to make my Beast-Of-Burden work?
13
Plausibility of squid whales
5
Is there a reason that females passing on more than 1/2 of their genetics to the child would be unlikely to evolve?
15
Mass extinction because of too low CO2-levels
6
How to design a proper void whale?
3
Could this idea for an anatomically functional merfolk "sound" plausible?
2
Maxed out charisma
7
What would be the largest animal that could exist within a grassland ecosystem dominated by machines?