How to defeat a pyrokinesis user using tech and science

The user can manipulate fire in many ways, and to a certain extent, he can also manipulate electricity. The fire he uses is special and can reach temperatures above sun, but the average temperature reached by its flames is "48 times hotter than normal fire." He can increase his power gradually over time and is very resistant. Although it has a lot of resistance, his own flames can burn him, so he uses technologies to prevent this from happening, such as power armors. Its very resistance makes it always need the power armor. His manipulation of electricity is very weak, so he uses it very little. One of his weaknesses is that he can't spend much time in the water, and it makes him weak.

I wanted to know if there is any way to defeat him using technology and science. It doesn't matter if the technology to be used is futuristic. Like a power armor or something.

Shoot Him In The Head

You haven’t specified that he has any kind of supernatural senses, so a well placed sniper shot from well out of his visual range, (3km has been done but let’s make it 2km for safety) will neatly take care of the problem.

The tech and science I use will be 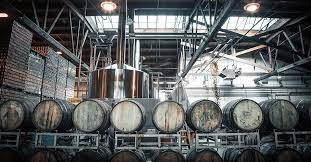 And I will say "Dude, you must be thirsty. I very much am. And I have some beer from that new brewery! I am going to have one. Would you like one?"

then I will add the ancient tech of the Chickpea! 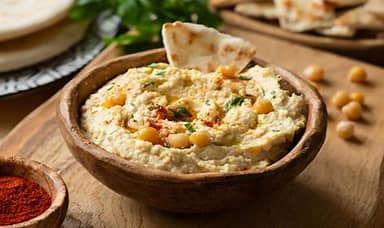 Because the beer made me hungry, and him too. And I have those pita chips and some hummus! And some more beer for when we finish the first ones.

I have not defeated him, but he is not my enemy. It turns out that in addition to fire power he can play guitar and knows a lot of songs I know too.

Eventually the neighbors hear us and come over.

Most of what you need is off-the-shelf tech available in Menards, a fire station, or somewhere similar. Start with a fire extinguisher, and go from their.

This is Bob the cop. He's going to arrest the pyrokinesis user for some crime he apparently commited.

If the pyrokinesis user kills Bob, then DanielB's answer will likely soon follow. If the pyro keeps Bob alive and "just" hurts him to keep him away, for example by reaching for the electricity in Bob's taser and using that to tase Bob, then friendlier methods to arrest him and place him in an asbestos cell somewhere will be taken.

The pyro has to take on society. Is he going to steal his food every day by force? Or the money to pay for his house and livelyhood? What is he doing for social interaction? Even if he just gets a job and does the normie thing, as long as he's wanted enough that he comes into contact with the law, he is screwed.

So sending Bob didn't work? Ok the police can simply hire someone to change the locks on his house while he is away, and if necessary empty the house and use that as a bargaining tool to get him to cooperate with justice. Doesn't work? Ok next time he turns the corner to his house he gets blown down by a watercanon, by the time he knows what is going on he's in handcuffs with a hood on, cold, wet, disoriented and halfway to a cell. Or maybe the police does the time-honored act of lifting him off his bed in the early early morning, since this is a powerful individual they might also send some teargas inside every window just in case. Or maybe they just wait for him at his commute where they tase him (cant control it if it happens before he reacts), pepperspray him, fire tear gas and a rubber bullet or two into his chest to incapacitate him as he rounds a corner and arrest him...

Unless the pyro is a hobo who keeps moving and tries to stay out of sight, there just isnt a good way the pyro can truly stay ahead of the law.

If we talk futuristic, then any type of sonic canon or any sound-based weapon should be able to deal with the pyromancer. While he/she can reach temperatures above sun, the sound is still able to travel through the plasma. Some way to send them to vacuum could also be a solution, as well as anything gravity-related.

Well - treat it like any other fire. Just keep dumping water on him. A water cannon is going to keep him off balance, and super heated stream will at least block his visibility. It might damage power armour, and force him to keep working to keep the temperature up.

Evaporating water also would shield the surroundings from the heat, and while you can't shoot him as effectively through the water and steam, it still lets you contain him at a relatively low cost.

34
Would pyrokinesis be an effective defense?

4
How might a superhero gain heat control powers?
9
How to defeat a nature Mage?
10
Magically knock someone down and pin them using Science
3
How can a magical perspective enhance science?
8
Designing a Oil-Firing Crossbow-Like Weapon
16
Merfolk sword. Would it work?