Why would great white sharks be sacred animals?

In a future web-series I want to create, there is a species of massive humanoids named giants (Homo maximus) (technically, they are still humans, just not Homo sapiens). They are less social than anatomically modern humans, they are as solitary as orangutans. Giants are also omnivores with herbivorous tendencies like gorillas and squirrels, instead of being true omnivores like bonobos and brown rats. Finally, adult giants are as massive as adult polar bears.

But, they still have a culture. Their main religion worships the following animals: great white sharks, ostriches, dogs, horses, pigs, cattle, murids, and nonhuman apes. Comsuming these animals (like eating the fat, drinking the blood, and smoking the hair or the feathers or the scales) equals sacrilege. Their religion is polytheistic with eight main deities (or gods and goddesses if you want) who look like hybrids between humans and their sacred animals, and they have twenty-four minor deities who look more like nonanimal organisms.

So, I wonder how could great white sharks be sacred animals.

In many mythologies, snakes, lions, elephants, eagles and some other animals are considered gods and are worshiped.

Similarly, sharks are also found in different mythologies as gods or sacred animals, e.g., mythology of the Australian Aboriginal people or Hawaiian mythology. You can find more details here.

You can find sharks on banks note also. 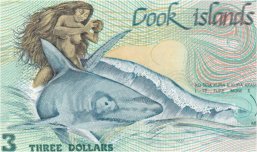 Sharks are already sacred animals in several real world religions. This was especially prevalent in Polynesia and Micronesia.

In Hawaii the shark had associations with masculinity, warfare and successful fishing trips.

Animals have sacred/totemic significance in cultures because the animal in some way represents traits that humans admire and want for themselves. A shark would be great for any oceangoing people who value fishing, seal hunting and combat prowess

Who wouldn’t want to worship something that gave you good luck during fishing? 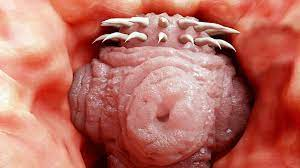 The meat of these animals often contains parasites. Homo Sapiens solved this problem using fire to cook meat and kill the parasites. They first invented fire to keep warm and later realized it is good for cooking.

Homo Gigas never invented fire because their large bodies make them better at dealing with the cold. They soak up more heat during the day and retain it better at night due to their lower surface areas.

Giants do not understand how parasites work but they know eating these animals is bad. The story of never eat a shark was passed down the generations until it took the most easily rememberable form. That form was Sharks are sacred. Don't eat them.

Burial at sea feeds the sharks

The culture practices burial at sea, and they know no matter what eats their loved ones, it ends up at the top of the food chain in the great white shark.

Perhaps eating the Great White Shark is sacrilegious because then your ancestors, or at least the parts you excrete, are stranded on land. Or similar to Sky Burial, the culture may view this as generously giving back to the sea. Then taking back what was given to the sharks could be taboo:

Jhator is considered an act of generosity on the part of the deceased, since the deceased and their surviving relatives are providing food to sustain living beings. Such generosity and compassion for all beings are important virtues in Buddhism.
— Wikipedia

Not the answer you're looking for? Browse other questions tagged culture fauna religion social-norms anthropology .

5
Why certain (sub)cultures would reappear in a far future?
6
Would future religions include other media besides text in their sacred scripture?
26
Why would a country persecute people with autism?
8
Would harpoons help in hunting large land animals?
16
In a world where every animals can see in all directions, how would animals hunt?
4
Why would neurodivergent people be sacred individuals?