Could these humanoids properly clothe themselves?

The humanoids are quite uniquely shaped: They have a single leg in the middle of their pelvis, which is flexible like a snake or tentacle. They are also facultative unipeds; they can move either on just their foot, or on all three limbs. They hop when going upright, and walk when on all threes

Their clothing must cover their genitals (which are at the base of the leg, on the belly side) and nipples, and would have to stay on and cover them as they stand and move both tripedally and unipedally

Is there any way to make clothing that would fit these criteria?

First a note about the above body shape: it would need eyes in the back of its head. Even when this one would descend from merfolk returning to land, there's a design issue. The foot is in the opposite direction i.r.t. the hands. In upward position, it could jump backward very effectively, but in general, animals won't jump in a direction they don't look.. When it would move forward like you show, the claw has no purpose, for the same reason (sight). How could that foot ever have developed ?

Stockings or jeans, shoes on the "hands"

Make sure it fits, you don't have knees. I'd say stockings, or tight jeans would fit, a belt would not be needed. Gloves on the hands, or shoes when it is tripedal, as you show.. 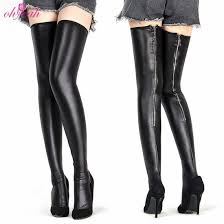 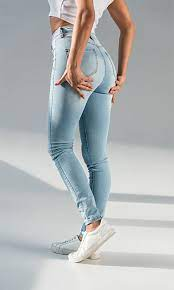 The gymnastic movement they have should be matched by an equivalent style of clothing. It has to move with them, flex and stretch as required, while not dragging on the floor in tripod form.

Of course that's for the common people.

The wealthy and fashionable will fundamentally not want such practical clothing. I would expect togas and robes, skirts and dresses. Outfits that specifically prohibit the use of what is going to be their most practical and fastest form of locomotion. High fashion will limit movement to their slowest and least practical mode, this is a simple way to demonstrate wealth and privilege.

Not the answer you're looking for? Browse other questions tagged humanoid clothing .

9
Could winged humanoids perch on public transit?
10
Tiny humanoids?
6
How could a race of humanoids have grey skin?
3
What can I expect these humanoids to look like?
3
How could humanoids evolve without having once been treedwellers?
6
How to correctly insert a kangaroo like balance and support tail in a humanoid?
9
How to design a humanoid with facultative quadrupedism?
2
Could these organic golems exist?
3
How could this creature clothe itself?