Question about non-lethal weapon for large number of people

So, my MC was a scout that was part of a team from Contact Bureau that belong to a Space-Faring Civilization. They had descended on some 'primitive medieval-esque' Planet for scientific studies to judge about the possibilities of integrating the planet inhabitant (or at least part of them) to his parent civilization (They don't really care about habitable planet, colonizing empty rock is more simpler and without backslash from the natives or activists).

He had conducted a peaceful contact with a number of native villages near his Science Base. So all was looking well...

Suddenly, the peaceful native was attacked by another native from different country. The MC want to help, but his supervisor said that he cannot use 'Lethal-power' because it will become bad PR for the Contact Bureau back at homeplanet. So how can MC archive this?

I'm looking at non-lethal weapon that can:

A little about situation:

Had I narrowed it down? It doesn't too broad right? If it impossible, I just had the MC Machine gunned them down them with Drone and pretend they just died from natural cause.

As usual, sorry for the bad English and thanks.

You can use powerful LED or laser based image projector and HI-FI audio system, and draw a picture of their God on clouds demanding the warriors to surrender. Also you can disperse some drugs in air to improve the effect. 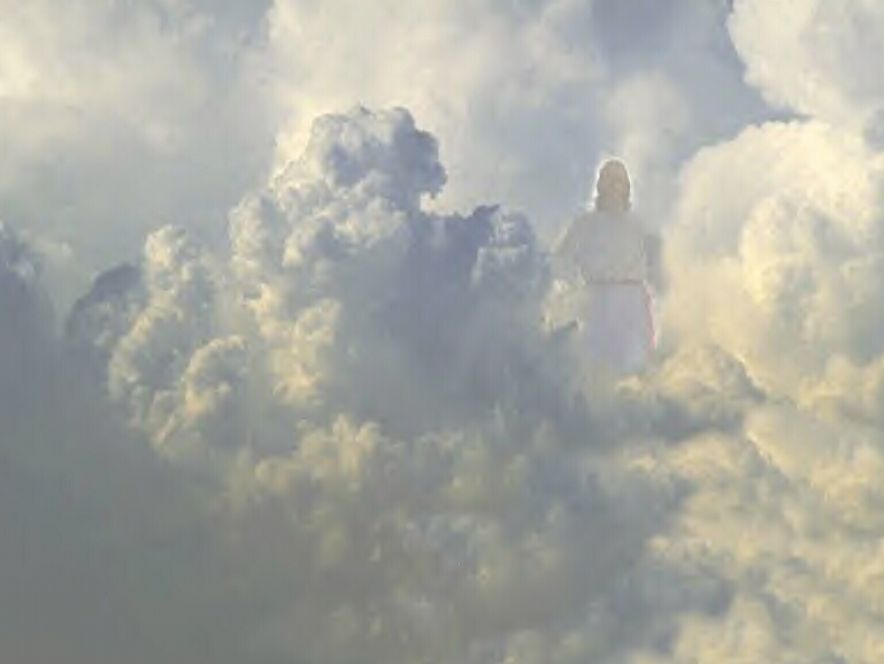 That's the simplest and lowest tech option. You have a range of possibilities - tear gas, if you want to disperse and incapacitate the opponents in a certain area. More powerful irritants can cling to clothing and skin and make people unable to fight. Or you can induce uncontrollable vomiting.

Or you can just use knockout gas.

In my opinion, if you're going as far as having a star-faring civilization, it's much more consistent to have something very different from anything we know, rather than something that is available today. We are so far from real space travel that things like nanotechnology, quantum computers, and even mind uploading seem close in comparison, so I always find it rather unlikely when a space opera looks too much like our own time.

If you want to avoid going too far afield, you can use the concept of a foam explosive, which explodes and releases a large amount of sticky foam in a wide area. The foam hardens very quickly and totally immobilizes anyone caught in it. The only way to remove the foam is to use a special solvent. Conveniently, you can dissolve only some of the foam around a person to keep his hands and/or legs constricted while you haul him away. I don't think there is anything like this currently in development, but it's always struck me as quite advanced-sounding, but still very plausible.

You can also use nano-technology, which is kind of a license to do anything you like while still maintaining suspension of disbelief. You can have nanites that mess with the peripheral nervous system, intermittently blocking nerve signals to the limbs, causing enemies to fall over and be unable to advance.

Less impressively, you can just have them cluster around the targets' eyes (or equivalents), blocking vision. Or maybe just zap them if they move around too much.

Sound. we already have several different non-lethal weapon systems designed to disperse crowds and protesters. LRAD is one of them and was used on Occupy Wallsteet protesters.

Some produce high pitched sounds that are uncomfortable to our ears, others low frequency sounds that make us very uncomfortable. Others just painfully loud sounds. The LRAD can get over 149Db. That hurts.

The LRAD is also used to keep animals away from things like wind power generators.

All the above are good conventional weapons that actually already exist.

For a "new invention/Sci Fi weapon" I think some sort of TASER Round. The gun is traditional in all sense with magazines, scope, etccc... except they have a specific type of ammunition that fires a small electrically charged round that tazes upon impact. Metal armor really wouldn't help in this case sense it would conduct electricity. Perhaps have the gun powered by NOS similar to a paintball gun so as to avoid the velocity gunpowder would cause the projectile to send out. Basically this is a rapid fire stun gun. Drawback would be limited range (perhaps 500 feet) do to the NOS power.

Another way would be to have the "ammo" be the NOS canisters that need to be replaced. (Think mass effect 2 and the heat sinks). And the gun fires a beam of electricity that tazes the target.Range would again be limited.

Auto-bola robots: robots that carefully aim and fling bolas at a high rate, tangling the legs and arms of opponents. We will probably have this technology in the next 10-20 years. Just make sure to have regular forces come in and make arrests before the foes free themselves.

You control snakes with their head.

These men worship their commander. They will do anything for him. Therefore, it seems to me that the best way to stop them would be to capture their general and get them to surrender their weapons.

I would image the easiest way to accomplish this would be to use a cloaking device (maybe an advanced Rochester Cloak) to get really close to the general. Either place a powerful hand cannon (you can give a demonstration), or a knife at his throat in front of his army, and demand their immediate and unequivocal surrender.

Something that could be delivered through a drone plane would be something such as the Active Denial System that is in use by active US Military.

This is quite literally a "heat ray" in the sense that it heats the surface it's pointing at. It's non-lethal, but can cause slight burns.

A slightly advanced technology would simply make this technology smaller and apply to a wider effect, basically forcing enemies into a painful position. They'd simply not want to be in pain any longer and retreat/surrender.

Metal plate armor would negate this, though the useful parts for fighting, such as the eyes and joints, would not be protected.

The same way you would paralyze a savage animal : Using a tranquilizer gun. 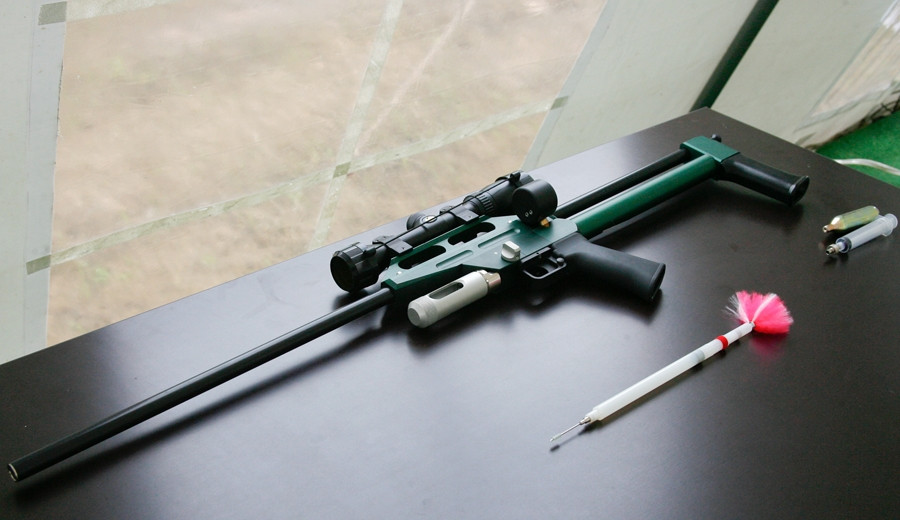 And if they become too many : Use a tranquilizer machine gun. 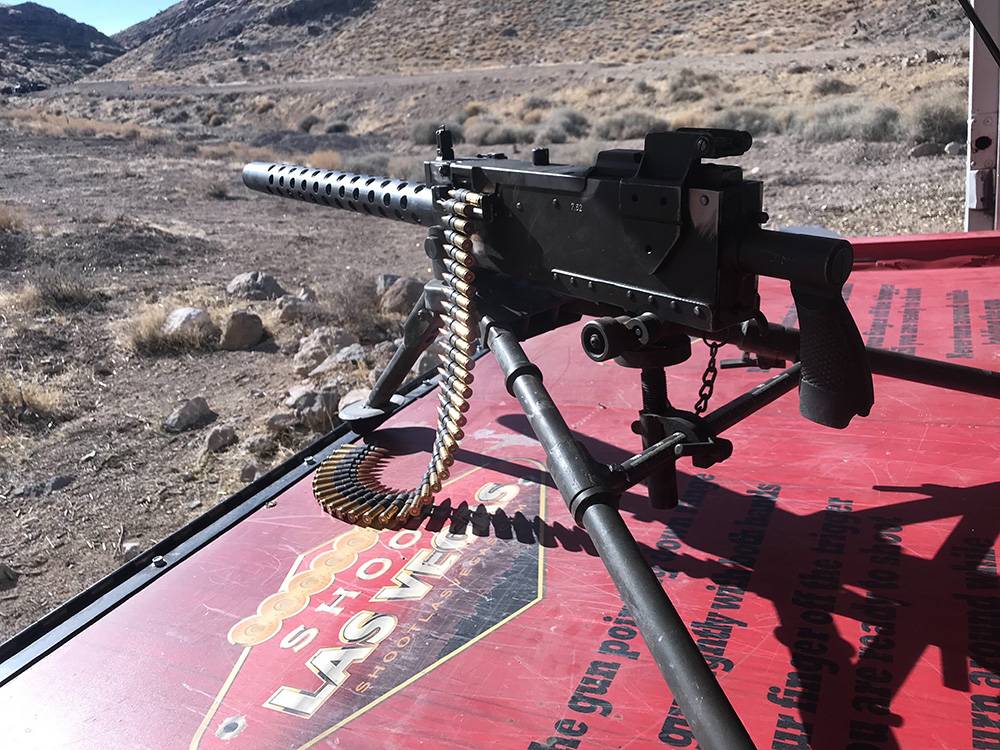 Give this weapons to your 600-men army, train them how to use it, and equip everybody with at least 10 shots of ammunition. If they have learnt a bit during training, they will easily paralyze all enemies.

Or have your drones shoot.

Probably even fill the shells with paralyzing gas such as Chloroform ?

I would use any kind of chemical weapon. Another poster mentioned tranquilizer weapons, but for many people you would have to develop a tranquilizer Gatling gun (which would be cool in its own right ngl).

I would instead use a gas weapon, something like Fluothane, to render large groups unconscious. You could also use Nitrous Oxide, the same stuff used by surgeons to put you under, if you have enough of it for a large group.

How about the use of a lethal weapon in a non-lethal way. Such as your machine gun armed drone strafing the ground in front of the charging army. The churning turf, and splintering trees, rocks, and bushes would visually communicate that crossing that MC's line of death would be Deathy.

I also agree with the other ideas, sticky foam that spreads out along the ground, microwave area denial weapons, sonic weapons.

Another is a small hexapod like caltrops. They remain inert until you get near them, then they run under your feet. Maybe electrified and shocking people who get too close or maybe poking them. Similarly, robotic area denial lobsters. If you cross into their area of denial, they give you such a pinch!

10
Guns and Tasers (lethal and non-lethal) - should we combine them (as a weapon for Police)?
13
A non-lethal gun
57
Would a fighter pilot with an invincible space ship be able to conquer the galaxy?
14
Weaponry for a previously peaceful civilization
32
Would 'magic' muskets be a significant advantage over actual muskets?
15
Would anti-personnel mines be useful in mermaid warfare?