Is this scenario possible? How can it be done?-Dyson sphere replaced by gas giant star 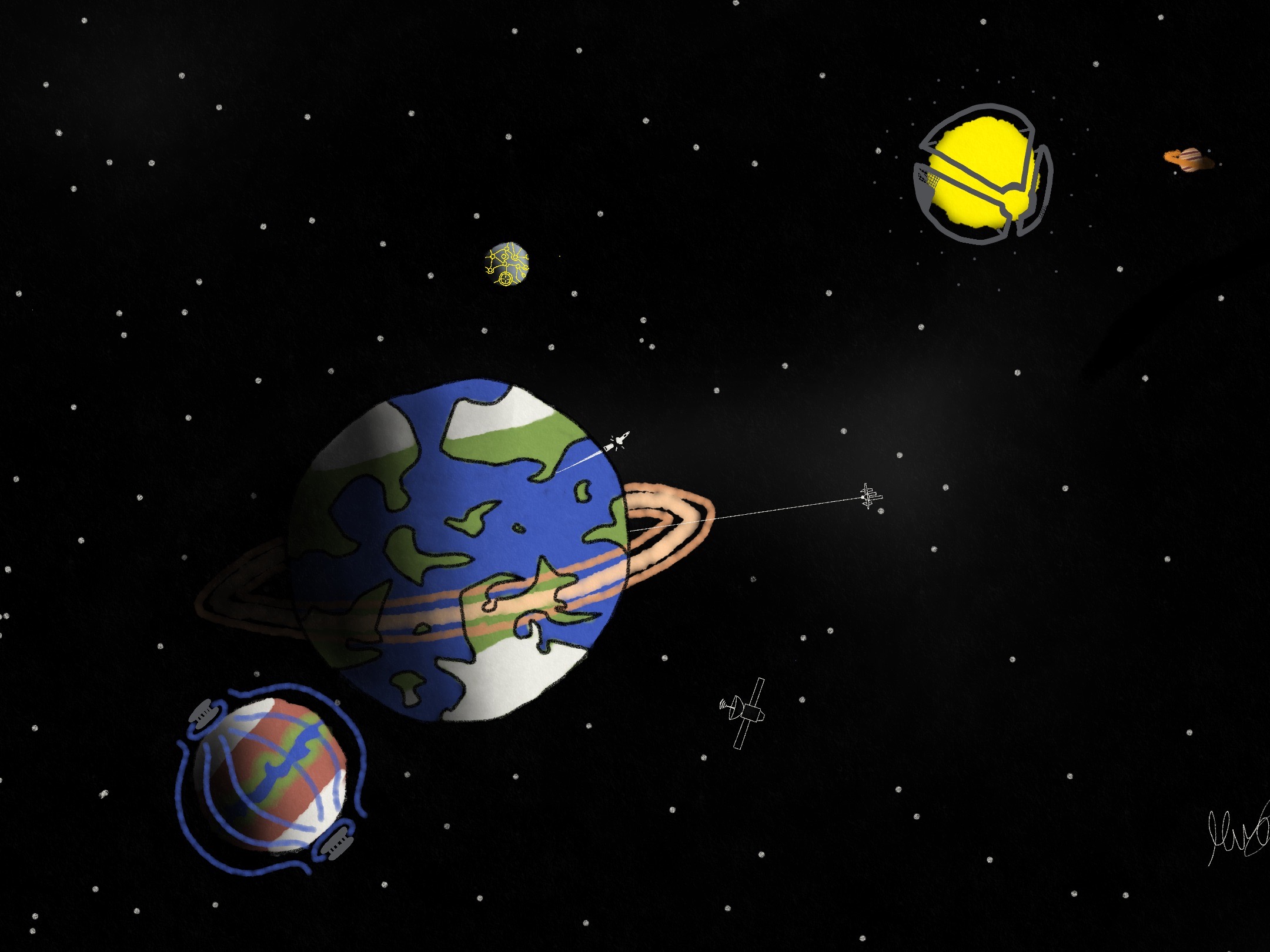 "...Regino is a gas giant approximately the size of Saturn, and three moons, Reo, Gei, and Tan orbit it. All three are small, rocky bodies a half to a quarter the size of Earth's moon. Aside from mining, the planet and its moons are not part of any significant project within the system...until now.

Ouranos, the 1.1 solar mass, main sequence yellow dwarf star Aetheria orbits, is becoming host to a currently in-progress dyson swarm and dyson sphere. When this is completed, in order to maintain the habitability of Aetheria, Regino and it's three moons will be fused and ignited to create an artificial star, designed to provide light and warmth to Aetheria and it's two moons. ..."

The question is, is this scenario possible, and if so, how could it be accomplished?

Thank you and I hope my question is up to par.

Note: Bolded text in the scenario is the relevant information.

Can the Saturn like planet be fused with its three moons to make a star? Short answer: Nope

To kickstart a nuclear fusion by gravity alone, you require somewhere between 0.05-0.1 SM (reference: https://hypertextbook.com/facts/2001/KellyMaurelus.shtml )

Whereas Saturn has around 0.00025 SM. Ie. You would need to fuse approximately 200 Reginos worth of mass to start a fusion reaction.

Igniting Regino is remotely possible - or at least can be handwaved. You could initiate a core collapse in the planet, replacing a large enough part of its rocky core with stabilized degenerate matter (you don't have the pressure to have matter undergo electron degeneracy by gravitational pressure alone, but once it's achieved somehow, the density of the degenerate core can stabilize the process: it's how micro black holes are thought to have been born). The subsequent implosion of the planet, plus the pressure, would - wiggles hands magically - do the rest.

Or you could surround Regino with muon projecting statites. Muons are particles akin to electrons, but 200 times more massive; muonic deuterium experiences a reduced Coulomb barrier and can undergo fusion spontaneously.

The problem now is that you have an ignited gas giant on an orbit that's probably on the order of 30-40 years, and a distance from Aetheria that varies between 1.3 and 2.0 billion kilometers, while Aetheria's distance from the Sun was probably a fifth of that.

In other words, even if Regino could produce the same flux and spectrum of Aetheris's sun, Aetheria would get one twenty-fifth of the original flux.

The two solutions (one better, one bad) I can see are:

Stellification seeding a black hole into the planet

"If the density of the star or planet could be increased, fusion could be initiated. One such method is to "seed" the body with a black hole. Although the black hole would initially start swallowing the body, the huge output of radiation caused by this would resist the flow of further material"

The mini black hole (a grain, actually) would remain inside.. very slowly collapsing the planet.. in the process, the kernel pressure gets large enough to ignite it. In the article it sais 10e+21 kg could warm up a planet considerably, that is 1/8 moon mass, in exotic matter, or black hole matter. A gas giant may ignite into a brown dwarf.

Read about the internals of really big planets,

Not the answer you're looking for? Browse other questions tagged reality-check space stars worldbuilding-process dyson-spheres .

6
How much energy would it take to ignite a brown dwarf?

17
How could a Dyson Sphere be destroyed through natural causes?
8
Is a gas giant more massive than its star possible?
5
How long does a component of a Dyson swarm spend in shadow?
4
Barycentric/Orbital stability of a Dyson Sphere and Central Star
2
Would this "reverse Dyson sphere"/"light-bridge" idea work?
4
Could this moon of a gas giant orbiting a neutron star support life?
6
Stellaser Part I: Trial by stellar Fire or The best design out of three for a solar powered 5 Petawatt laser?
5
Ways for advanced civilizations to mask communications on an interstellar / intergalactic scale
4
Dyson Sphere only ever possible theoretically
13
Best star for a Dyson sphere?