Humans want to build a Dyson sphere around the Sun. They have noticed that Ganymede's icy composition would be perfect for mining to get the icy resources needed to build the sphere, or Mercury could be used due to its silicate composition. However, they do not want to remove the moon itself as to avoid these scenarios:

Ganymede, aka Jupiter III, was the largest moon in the solar system, until space mining removed its existence.

Mercury was the smallest and nearest planet to the Sun, but due to space mining, Venus is now the first planet from the Sun.

Would it be possible to preserve the astronomical significance of various celestial bodies while supplying the vast amounts of resources needed to build a Dyson sphere? What alternate methods could be used?

Leave your moons in peace, harvest some nearby stars

As with all of Dyson's inventions, we'll have to hand-wave how it has to be produced anyway..

Any moon, or even planet Earth would be irrelevant, you may as well preserve it

Volume of a sphere:

Volume of a hollow sphere:

Suppose you'd take the Earth orbit as a guideline for its size (less hot and more convenient would be Mars, so take Earth's orbit as a minimal radius r1) you would get

For the Dyson hull, subtract like in above formula. You'd still need 8.43e26 m³ which is a few orders less of course, but assuming we need an average density of 3.0gr/cm³, you'd still need a mass of 2.531e+33 grams according to my calculation. To build that thing, you'd need 2.531e+30 kilograms of material.

The total Solar system including the sun has a mass of 2.1e+30 kg.

Make the Dyson hull as thin as technologically feasible..

Say, you repeat the calculation for only 100 meters thickness, the required mass would be in the order of 10e+29 kg, still more than a million times the moon mass. But a hull weighing 10e+29 kg could (theoretically) be built by shredding our gas giants Jupiter and Saturn.

A Dyson sphere harvests energy of a sun, that is its intended purpose. Inhabitable Dyson spheres are fiction.

A solid shell was first named by Dyson, but after that, he ensured his public that a solid sphere could never be constructed. The shape of the megastructure would be rather look like a swarm, like 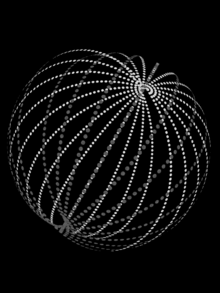 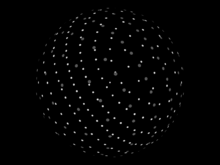 The two differ in the way each "solar cell" would move. In the left case, everything is in orbit, only harvesting the energy. In the right case, propulsion is needed, which can be provided by the solar radiation itself. On the right, each satellite is stationary in space.

Material will be less of a problem, but you'll have to crush some moons to build it. The location - to start - could be between Mars and Jupiter, the asteroid belt, creating an Dyson ring from available material. Mars' moons Deimos and Pheibos can crushed first. Then some of Jupiter's moons.. the ring will take shape in a few centuries..

Notice that the Wiki-topic does not mention materials or "metal". When I proposed to use gas giants and stars to gather the mass needed, I ignored the fact that material for a solid Dyson sphere should be solid, or solidified, in some way. You could hand-wave that, but this is a science based topic.

How much metal would be needed and where harvest that.. Suppose you'd like to have cables connect each spoke of the above Dyson swarm of solar cells, gathering the energy.

A radius of 1AE, circumference will be

In the (far) future to construct a true, solid inhabitable Dyson shell like Star Trek shows us, like a giant armored inhabited sphere around a sun, humans could consider to go harvest iron in a supernova.. in a certain stage of a supernova, a massive amount of iron will be produced. Maybe the supernova could be stopped just before it occurs ? You'd have a giant solar core consisting of iron.

Have you ever seen what happens when an historically significant building needs to be renovated? 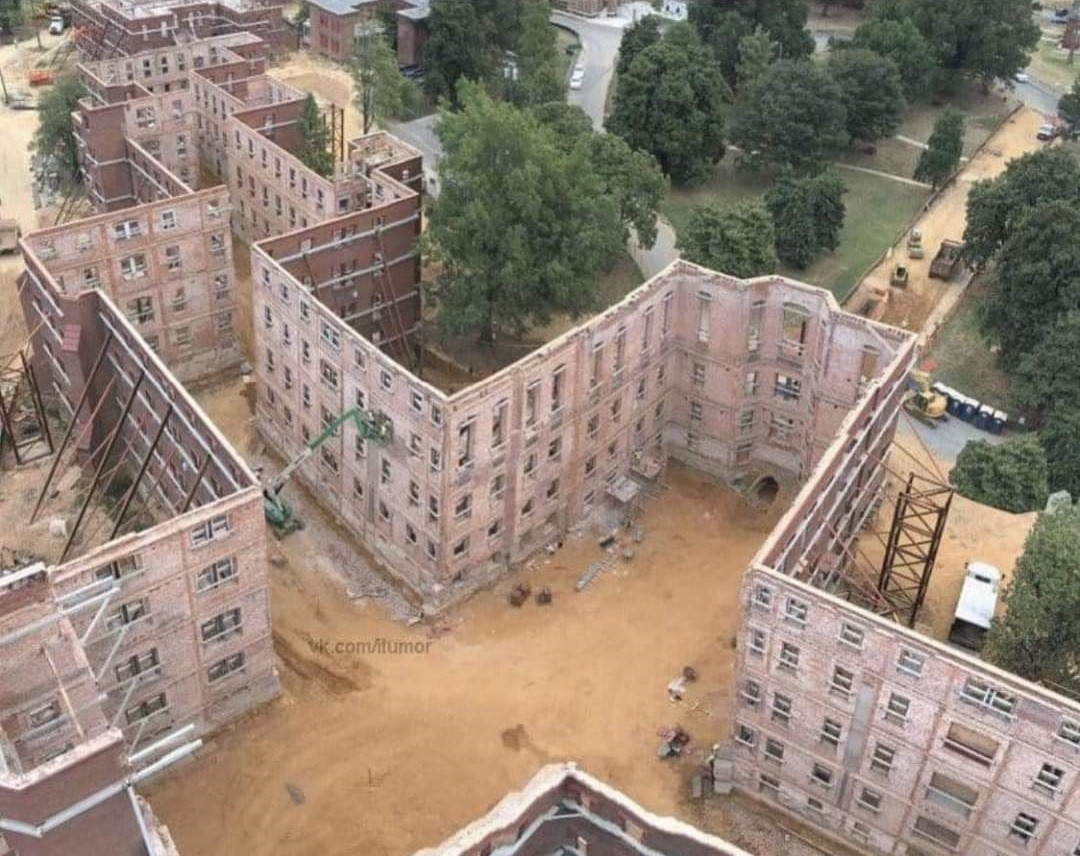 You demolish the inside and leave only the outside, so that the appearance of the building isn't changed.

You people can do something similar: they can leave a shell in place, to keep intact the appearance of the celestial body, and mine the inside to get all the needed material.

Celebrate the origin of the sphere with the sphere.

The sphere will be called the Cupid sphere. It will be asserted to be the direct descendant of Mercury - made of Mercury stuff and occupying the place of honor by the Sun. Mercury will have taken the next step in its evolution, begetting the Cupid Sphere.

You all like that "paean to its provenance"? People who mourn Mercury will eat that stuff up. Because the truth is, Mercury is not much involved with day to day affairs on Earth, and people bothered by its loss are ideas people. Those people are also comforted with ideas, and so the sphere makers will meet them where they are.

Replace the mined material with something else

Nearby bodies (Jupiter resp. the Sun) have a lot of hydrogen. You'll need a nuclear fusion device to make material that's solid at those temperatures (especially in the case of Mercury), and perhaps some combustion as well, but that can probably double as a propulsion for your spacecraft.

Import all your materials from other solar systems

As mmomtchev comments, the mass of the solar system isn't actually that much when you remove the sun from the equation.

It's hard to overstate how ridiculously massive such a structure would be!

Realistically to build a Dyson Sphere you'd need to strip the entire solar system and several of its neighbours for raw materials.

You're going to need materials from at least one other solar system anyway, so use that same technology to fetch all your materials from elsewhere and leave the planets and moons you care so much about entirely alone.

Given the obvious gravitational impact of introducing a whole solar-system's worth of material into an existing solar system, you may want to build your Dyson Sphere elsewhere too.

What alternate methods could be used?

There are many(at leas more than one), including bulding dyson swarm, or if you like it to be a shell, then to build one which is enough and suficient for purposes of extracting energy, collecting energy for a star (it can be in form of statites as an example, or active supporting structures - some suitable approaches to make a shell of that size)

As mentiont in one of the answers, a correct feasible thing is Dyson swarm, and it has the purpose to collect energy of a star, meaning it is a tool for such collecting. Correct tool with correct purpose.

Then, if you use it that way, as a tool for energy collecting and conversion, then it does not require that much of mass of materials, 1 a.u. radius sphere, for energy collecting, with average mass of 1kg per square meter(it can be a solar panel if you have difficuties to imagine more efficient solutions, 1kg, by mass, solar panel in microgravity can be feasible with cirrent technologies) then the whole sphere requires about 5% of Venus mass for it - total. No planet dissapearing and such.

Depends on major materials for structural elements, which can't be hydrogen, lol, as it was suggested in some answer, but, gas giants and the Sun itself can be sources of heavy elements as well, where they are persent in around 1% concentrations. It is a bit more sofisticated approach and technology, but it also possible.

So one of the ways is - do not create unnecessarly problems, this way there is no need solving them.

If solid dyson sphere is an actual goal, as massive epic construction with porpose to be epic and massive, it possible to do so with active supporting structures, (watch Isaac Arthur channel for explanations what it is) then borrowing materials from other star systems and stars is the way to preserve celestial bodies of this system, but it has a problem of changing orbits of those bodies is Solar system, because of additional mass of that sphere, it can be corrected but then orbit periods will change which is end game - wall of laws of physics of this universe or more advanced technologies ....

So choosing goals in a wrong way leads to all kinds of problems. Is it impossible to squeeze water out of a rock?, eeehh not really, but yes it possible if you try hard(like converting matter and other transmutations as an example, which isnt scify, it just energy inefficient etc). So make right choices, and you will get proper results. Build Dyson Swarm it is epic and practical and useful.

It is even less than that: the solar system mass is only 1.0014 solar masses, Jupiter which is about 3/4 of the non-sun mass is at about 2*10^27 kg - so you don't need anything but Jupiter and eventually Saturn. 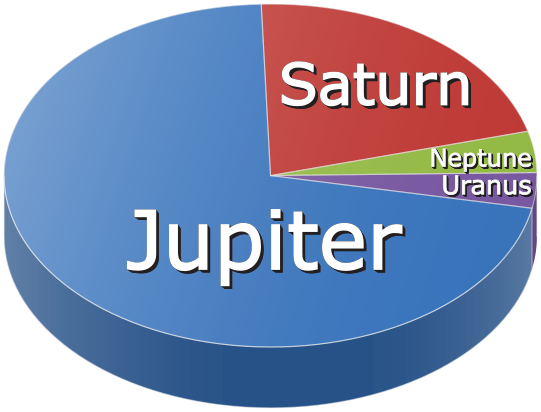 No point bothering with the rest.

One will have to really master ultralight materials - and their production from hydrogen - to make a solid Dyson sphere.

But such a solid Dyson sphere is not really feasible anyway as it would be impossible to maintain it in place - gravity won't be of any help once you have completely surrounded the start and the tension forces will be on a yet unknown scale - far beyond any theoretical tensile strength limits.

The only realistic project is the so-called Dyson Swarm - billions of small orbital elements with solar panels - which was the original idea of Dyson - it got extended to a solid sphere by not so-scientifically minded sci-fi authors. Dyson was an astrophysicist.

Not the answer you're looking for? Browse other questions tagged science-based internal-consistency science-fiction mining dyson-spheres .

3
What's the point of building a Dyson sphere if you're going to mine everything in a stellar system?

31
Is Asteroid Harvesting economic?
21
Would a Type 2 Kardashev Civilization really build a Dyson Sphere around their own sun?
9
Is A Solar Dyson Sphere Habitable?
10
How would this tidally locked planet be affected by its moon and would the moon have a deaccelerated orbit?
14
How to blow up a star by accident?
4
Where could materials to build a Dyson swarm come from?
1
How would gravity and centrifugal force interact in Dyson constructs?
2
Feasibility of a 2nd, geosynchronous moon
38
What would happen to a star if most of its energy were reflected back at it?
4
Political Concerns of Laser Propulsion System