What would the equator be like if Modern-Day Earth were as hot as the Cambrian?

This is a map of Earth's climate today: 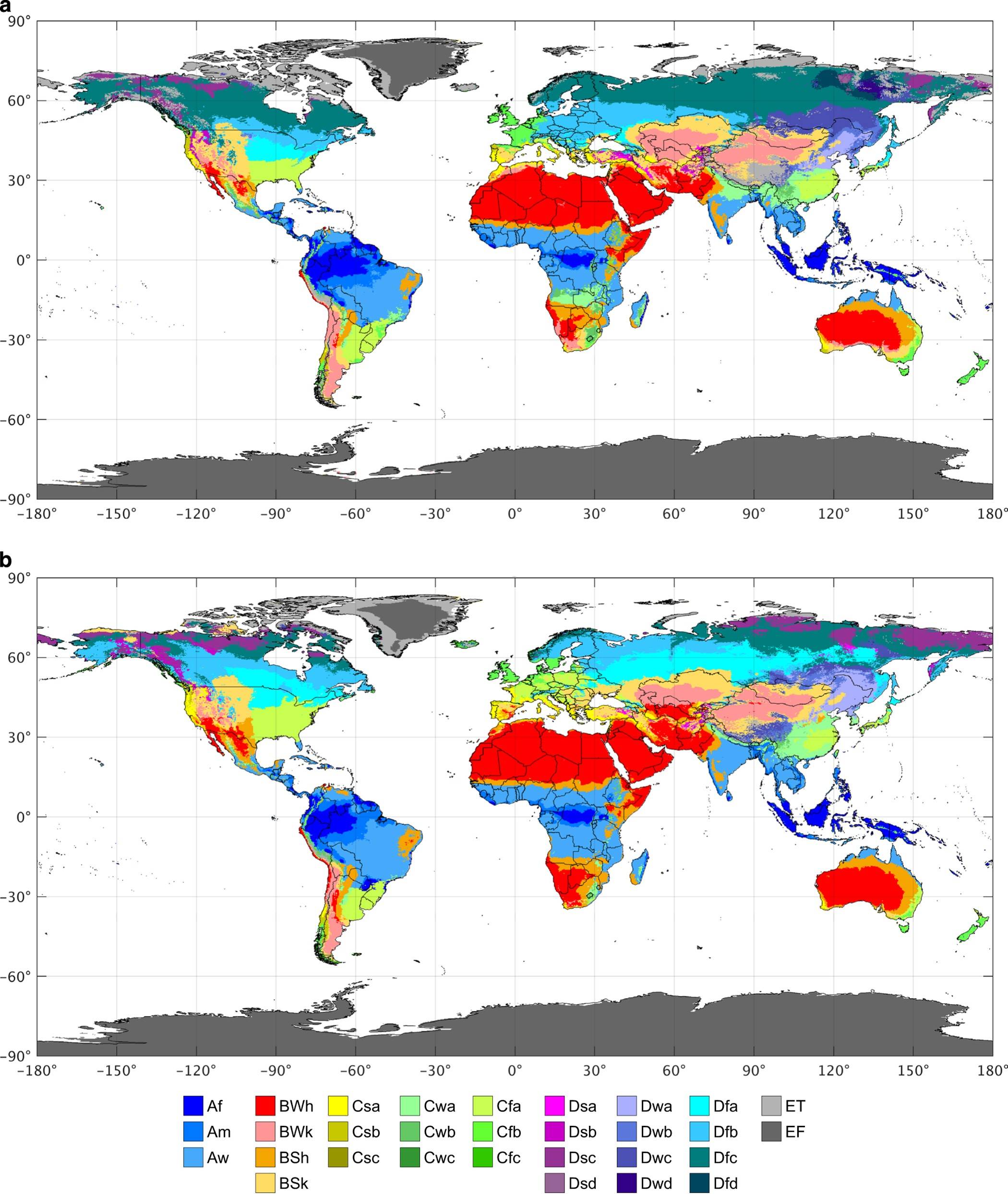 This is how the Koppen classification colors the particular climates, so I don't know why the lower latitudes were dominated by several shades of the color blue. What does matter, though, is that the equator is dominated primarily by tropical forests. The recipe is perfect for such habitats--endless warmth, endless wetness and no seasonal variations in sunshine.

But suppose, for a moment, that in an alternate universe, the only difference to 21st century Earth is that atmospheric CO2 is at 4500 parts per million, as much as the Cambrian. How will this affect the climate of the equator? Will it still be jungle? Or will deserts dominate it instead?

Oh, and before you ask as to why there are two Koppen maps of Earth, it's because it's the only one I could find that is accurate and neither too blurry nor "too big".

Equatorial regions will not be affected much as regards climate

atmospheric CO2 is at 4500 parts per million, as much as the Cambrian. How will this affect the climate of the equator? Will it still be jungle? Or will deserts dominate it instead?

How hot was the Cambrian?

Can we get informed by climate change models?

RCP 8.5 is the most extreme of these.

“God help us if 8.5 turns out to be the right scenario,” Jackson told me. Under RCP 8.5, the world’s average temperature would rise by 4.9 degrees Celsius, or nearly 9 degrees Fahrenheit. “That’s an inconceivable increase for global temperatures—especially when we think about them being global average temperatures,” he said. “Temperatures will be even higher in the northern latitudes, and higher over land than over the ocean.”

This image is from Global hydrological droughts in the 21st century under a changing hydrological regime January 2015Earth System Dynamics 6(1) DOI:10.5194/esd-6-1-2015. 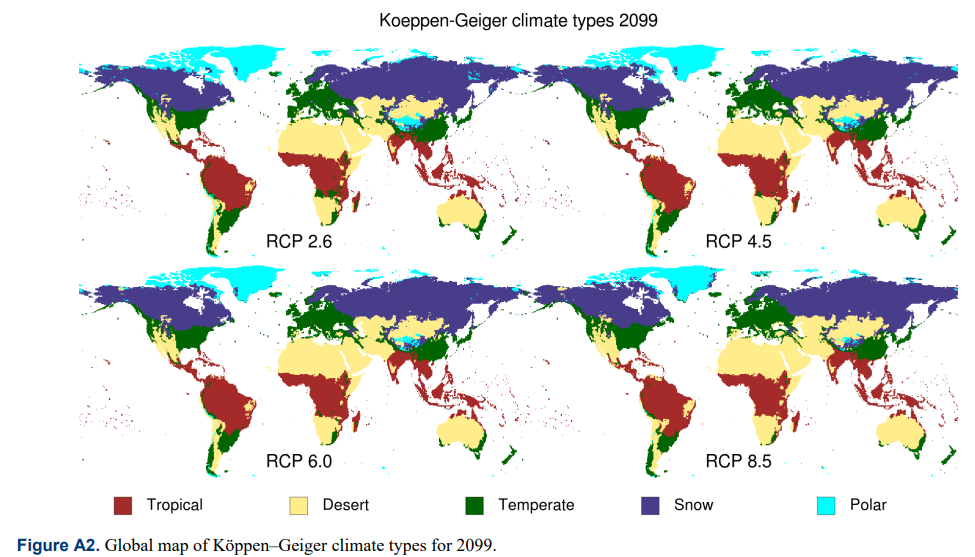 Global warming makes the most difference (as regards Koeppen classification) for northerly regions. Deserts make some gains but with these climate models, equatorial regions are affected the least. The text states the same thing.

I here assert that (within reason) further temperature increases will push Koeppen classification of various regions along in a similar direction. Of course there would have to be tipping points - average global temperature of 60C would make things very different.

Not the answer you're looking for? Browse other questions tagged science-based climate alternate-earth .

5
What would climates look like on a world 1°C?

6
What would the climate be like on an earth-like planet with only one convection cell per hemisphere?
14
Earth-like planet with a very hot ocean?
4
What causes hot deserts (like the Sahara) under the ITCZ?
4
What vegetation/biome could I expect in a tropical region at an average temperature of 8-9 degrees Celsius?
6
What if the geographic pole were in the Himalayas?
7
The World's a Jungle Again. Would Doldrums Blow the Global Air?
4
How could I scientifically explain a world with day/night cycle only on the equator?
2
If Earth had a smaller second moon, what would the sky look like?
4
What Would the Climate Be Like on this Extreme Alternate Earth?
2
How hot would daily highs get if it were always the summer solstice in the Northern Hemisphere?