How do I design a city to be habitable under a constant barrage of low-yield nukes?

In this setting, international treaties restrict the yield of legally usable nuclear weapons to under the equivalent of 1,000 metric tons of TNT (one kiloton). If an entity detonates nuclear warheads of a higher yield, it is subject to annihilation via every other geopolitical entity's strategic-level nuclear weapons. In other words, the use of nuclear weapons with a yield of more than 1 kiloton is illegal unless they're being used on an entity who launched such weapons first.

As such, warfare in this setting involves lots of small nuclear detonations. For instance:

Within a certain time period in this setting, some cities are getting constantly pasted with nuclear weapons. They're pretty small nuclear weapons, to be sure; assume that each of them has a yield equivalent to 10 tons of TNT - think the Special Atomic Demolition Munition's lowest yield. However, this makes them easy to mass-produce and launch, and, for the purposes of this question, let's assume that every 15 square kilometers of a city get hit with one such nuclear weapon per day, and that every city/town smaller than 30 square kilometers gets hit with one such nuclear weapon per day.

Keep in mind that, according - again - to NUKEMAP, a ten-ton surface burst results in effects such as:

This is pretty bad.

However, you can't just bury everyone in a bunker. There are issues with that - too many to list here, but primarily related to things such as supply constraints and mental health. Assume that making a city solely out of bunkers is not an option for this question. Moreover, assume that you can't just leave.

With that out of the way, the question: in terms of urban design, how do you design a city to be habitable/livable as possible under a daily rain of 10-ton nuclear warheads?

Assume that we're using modern technology, and that this is on Earth - i.e. oxygen-nitrogen atmosphere, carbon-based life, et cetera.

Your problem will solve itself

You state that not the whole city can be made out of bunkers. That means you need to have some urban sprawl that allows the rest of the people to live. The nuclear attacks are too frequent versus the slow rebuilding process. That means you can design cities and such to mitigate some damage, but in the end everything will be blasted to rubble. Only the bunkers remain. Then you have a city you didn't want, but it does survive after a fashion.

To still give a way to reduce damage to the city in urban sprawl we can look at what survives. The nukes on Japan showed that concrete at a distance has an ok survivability. It is also used pretty lavishly for nuclear bunkers. Concrete is a relatively cheap and easy material for building, so your urban sprawl will be a concrete jungle.

Next is the shape. Balls are great shapes. Lowest amount of surface area for their volume. In addition, the shape more easily deflects energies that strike it. Any energy deflected is energy that isn't used for destruction. Furthermore the shape allows the concrete to absorb the energy that goes into the concrete better. Radiation is also absorbed by concrete. Not the best, as things like lead or water are better, but still good. True balls are unstable, so half a ball or dome is best. You might still need some supports on the inside to keep the dome stable, depending on the size. This can also prevent a lot of the PSI problems. Besides the deflection and such the building can't topple.

This would mean you have a city of many small concrete domes, each with incredibly thick walls. People stay inside the domes at all times, as they are connected with to each other.

To further aid the city you might want to put up really big spikes or something so the nukes hit that instead of a dome.

As stated in the first part, this will only help a city survive longer. Any hit can remove part of a dome. If a part of a dome is removed you need to have it repaired before the next one hits. With the law of big numbers this is statistically improbable, as a nuke will sometimes hit faster that one day in relatively the same place. Maybe even more.

It does sound awfully a lot like bunkers. Maybe there is a side that is hit most, allowing you to put up windows or something on the other side. But the gist here is that you would neither want to or can live in a city under constant bombard of nuclear weapons. Even in bunkers you probably don't want to be there. If the bunkers are above ground the nukes will eventually get through. Especially if they have bunker buster or burrowing kinds. Smaller area, but a lot more destructive power is used.

Fortunately for your population, low-yield nuclear weapons are not remotely cost-effective. You've probably heard of the concept of "critical mass," which is the amount of highly-enriched uranium or plutonium that you need to start a nuclear explosion. That mass does not depend on the size of the explosion you're trying to set off. This is counter-intuitive, but true.

"But," you ask, "why was Davy Crockett built at all, if it's so inefficient?" The answer is "intra-service rivalry," if one branch of the US Army was going to have nukes, all of the other branches wanted to have them too. The infantry needed very low-yield weapons, to avoid killing themselves when they were used at short range; the range was short because weapons infantry can carry can't fire a warhead very far. Few Davy Crocketts were built, and they were retired quite swiftly.

If you can make Davy Crocketts, you can make more powerful nuclear weapons, and it's actually easier. Limiting Davy Crockett to 20t required making sure that the nuclear explosion fizzled rather than going off "properly" and this is not entirely reliable. Some of them might well have yielded 100t or 200t, unpredictably. This is unlikely to cause your arms limitation rules to be detectably broken, because it's quite hard to remotely determine the exact yield of a low-powered nuclear weapon at a distance, and there are substantial margins of error in such a determination.

So your scenario is not remotely plausible. In fact, it's pretty amusing to anyone who knows a bit about nuclear weapons.

Not arguing the scenario. It is as given. 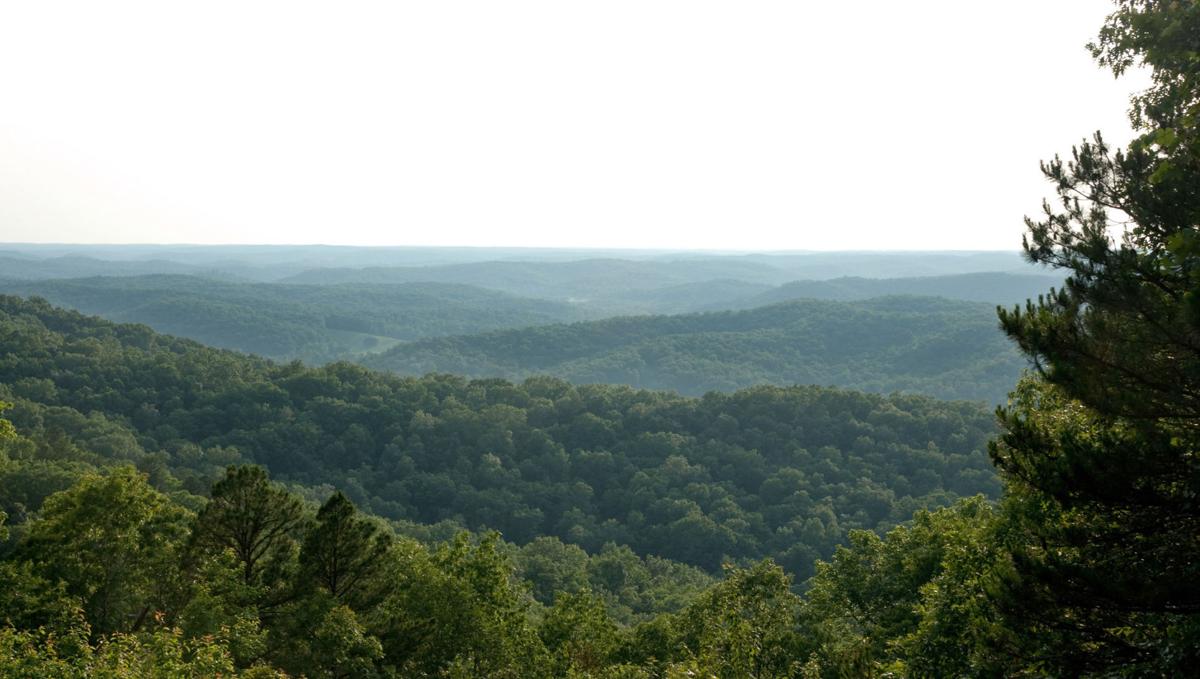 The city is 1.5 million acres, or 6070 square km. You mandate that a little nuke hits somewhere in a 15 square km area every day. This nuke produces a 20 meter fireball so let us say each hit wipes clean a 100 square meter area. Multiplied by 364 (they take september 26 off) that is 36400 square meters eliminated in a year or 0.0364 square km. Thus at the end of the year a 15 km area still has 14.936 square km that has not been wipde clean. That is 99.5%. That is assuming the nukes land at random because this seems like that kind of a deal.

My sleeping quarters in the Mark Twain Forest City will be like a hobbit house to ward off stray rays in case there is a nearby hit. I will have a fine garden and a woodburning stove.

Is it still a city if it is so decentralized? You can call it what you want. In the many nukes scenario you propose, would people like to live spread out and work by radio and bike commute? It sounds OK to me. 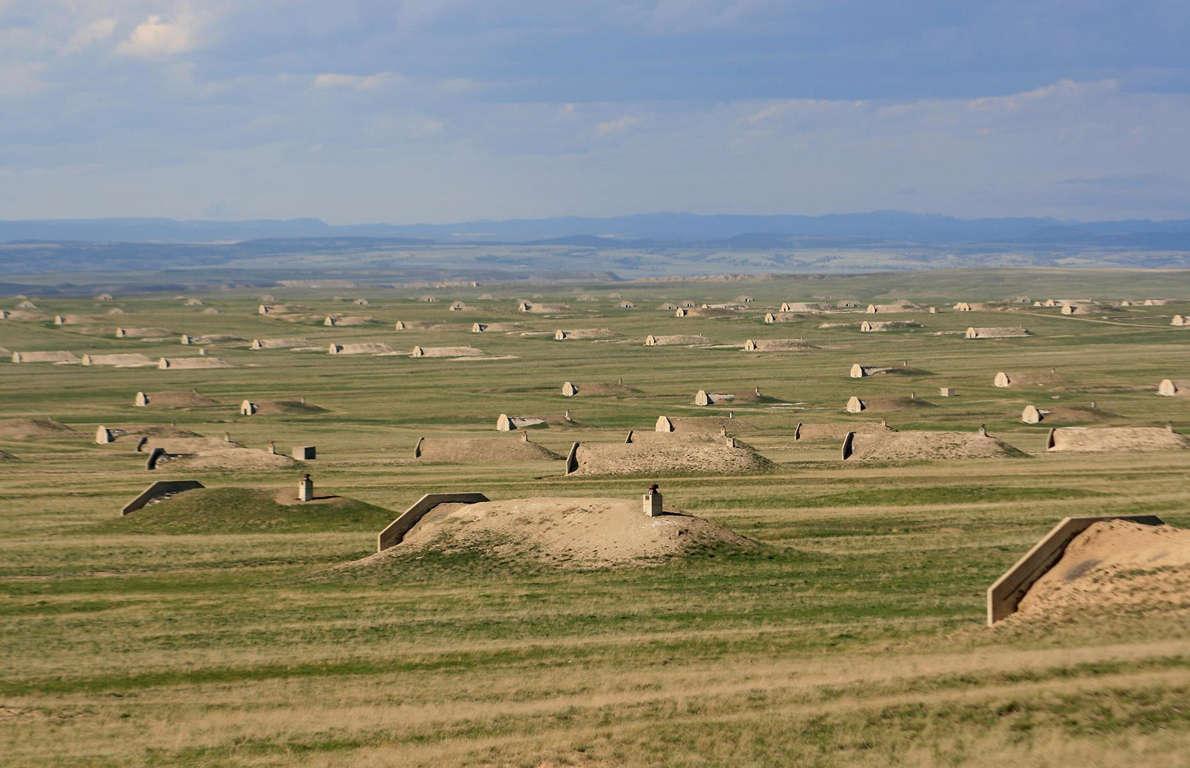 Not the answer you're looking for? Browse other questions tagged cities engineering architecture nuclear-weapons nuclear-war .

3
Neutron bomb vs Nuclear Thermal Rocket (NTR)
1
How to eliminate mankind: concentrated nukes or scattered ones?
15
Are nuclear armed missiles effective weapons for spaceborne combat?
3
What yield of nuclear explosive would need to be detonated in Valencia, Spain, to flood the Balearic Islands?
10
What would an above-ground residential apartment designed to negate the effects of a one-kiloton nuclear surface burst at 500 meters look like?
1
How do I design a main battle tank to fight a tactical nuclear war?
7
What shape most efficiently disperses an overpressure wave from a nuclear weapon?
5
How rapidly can small nuclear weapons be produced?
3
How weight and volume-efficient can you make a high-yield nuclear weapon for setting off a volcano?
3
Making plutonium and tritium nuclear fuel with N.I.C.E. (Nuclear Ice Contained Explosions)